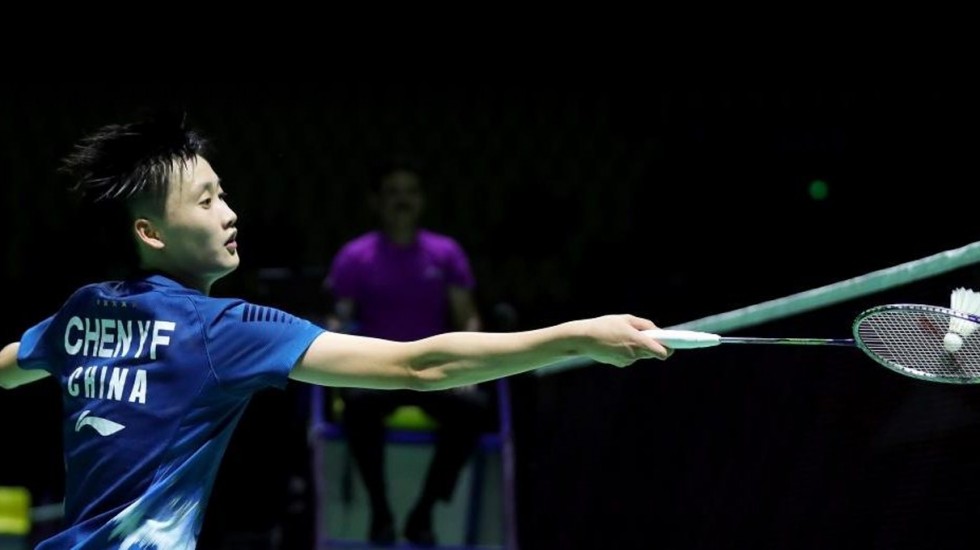 China put themselves in line for possibly four titles as the Fuzhou China Open 2018 semi-finals were settled today. 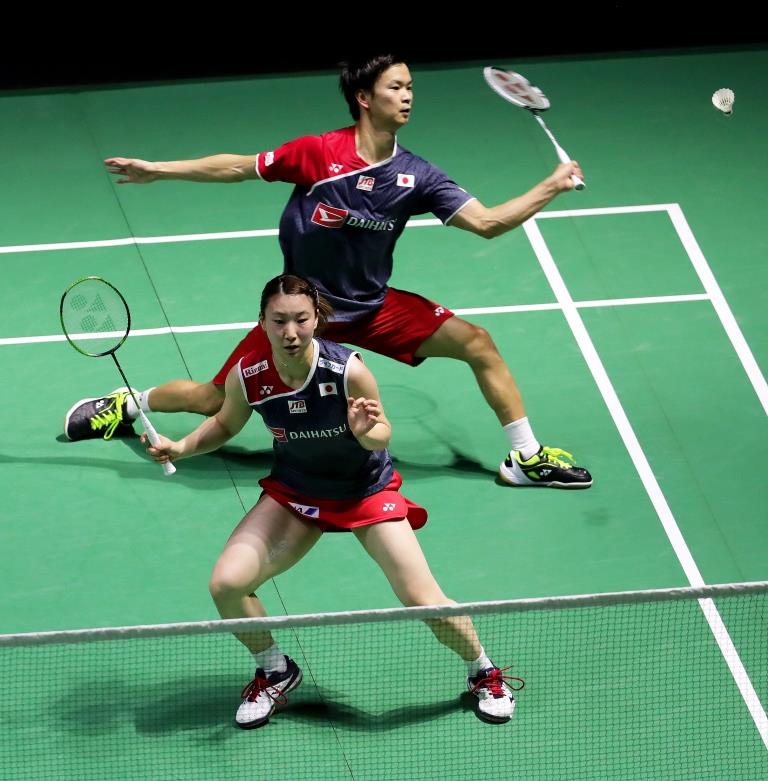 Host players advanced to the last four in all categories, except for Women’s Doubles, and already have a lock on a place in the Mixed Doubles championship match, given tomorrow’s all-China clash between top seeds Zheng Siwei/Huang Yaqiong and He Jiting/Du Yue. It could very well be an all-China finale with No.2 seeds Wang Yilyu/Huang Dongping across the net from All England winners, Yuta Watanabe/Arisa Higashino of Japan, in the other mixed semi-final.

There is also the prospect of an all-China showdown in Men’s Doubles on Sunday as first He Jiting/Tan Qiang progressed to the semi-finals, followed by senior peers Liu Cheng/Zhang Nan. He/Tan will face evergreen Indonesians, Mohammad Ahsan/Hendra Setiawan, while another China-Indonesia battle pits Liu/Zhang versus top guns Marcus Fernaldi Gideon/Kevin Sanjaya Sukamuljo. He/Tan survived a torrid tussle in the decider to oust their towering countrymen, Li Junhui/Liu Yuchen (21-15 14-21 21-19). Ahsan and Setiawan – bidding to qualify for next month’s HSBC BWF World Tour Finals – rolled back the years with another brilliant performance to stop India’s young dynamos, Satwiksairaj Rankireddy/Chirag Shetty, 21-11 16-21 21-12, in 42 minutes.

“We tried to play softly and slowly, and tried to attack first because we know they have good smashes. Once they lifted the shuttle, we attacked first,” said 34-year-old Setiawan, adding that they expect a tough semi-final with the crowd against them.

Japan, too, has the opportunity to win four crowns and will be banking on their Women’s Doubles prowess to secure that title with two Japan-Korea semi-finals on the cards. Mayu Matsumoto/Wakana Nagahara boosted their chances of qualifying by right for the Tour Finals and not needing an invitation as World champions by sweeping past Korea’s Chang Ye Na/Jung Kyung Eun (21-15 21-19). For their efforts, Matsumoto/Nagahara, face another Korean tandem – Chae Yujung/Kim So Yeong – tomorrow. Japan’s Olympic gold medallists, Misaki Matsutomo/Ayaka Takahashi, tackle No.7 seeds Lee So Hee/Shin Seung Chan in the other semi-final.

Lone European semi-finalist, Carolina Marin, will be looking to thwart the China-Japan dominance as she eyes the Women’s Singles crown. The Spaniard snuffed out the gutsy Beiwen Zhang in half hour (21-11 21-13); the USA player not able to cope with the left-handed Olympic and World champion’s variety, power and speed. Next on Marin’s list is Chen Yufei (featured image) – the Chinese who knocked out Ratchanok Intanon of Thailand (15-21 21-9 21-11) in a sterling comeback. The other semi-final pits China’s He Bingjiao – who conquered India’s Pusarla V Sindhu (21-17 17-21 21-15) – against Nozomi Okuhara. The Japanese made light work of her team-mate, Sayaka Takahashi (21-4 21-10). 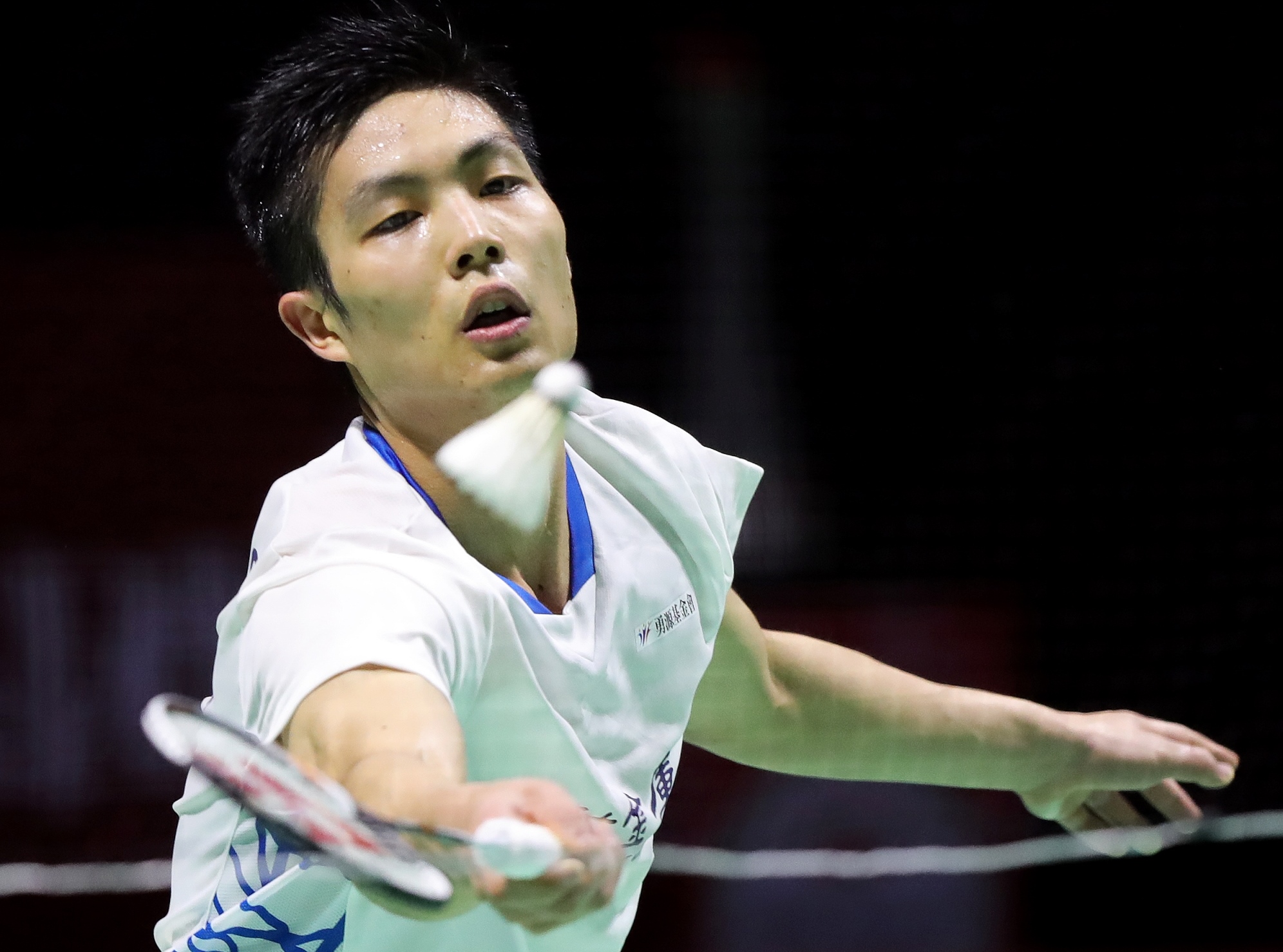