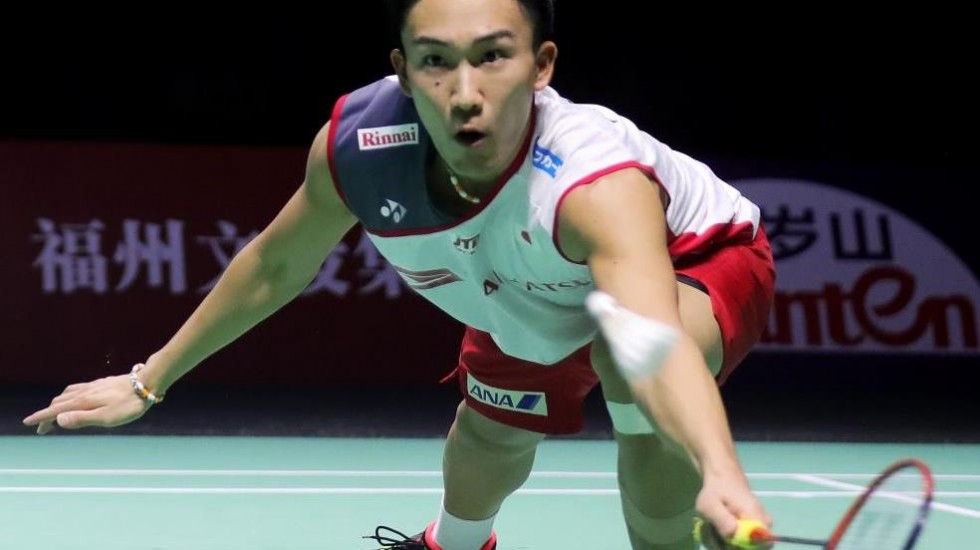 Kento Momota’s mastery of the icons who once ruled the Men’s Singles roost continued tonight as he dismissed waning Chinese superstar, Lin Dan, in the first round of the Fuzhou China Open 2018.

Coming from 14-18 down in the second game, the red-hot world No.1 (featured image) squashed fans’ hopes of a third-game thriller, beating his fellow left-hander 21-15 23-21 in 58 minutes in the last match on court. Cheered on by his compatriots, the illustrious Lin failed to convert a game point at 21-20 to force a decider as his Japanese rival roared to the finish with three unanswered points. It was Momota’s second straight victory over the two-time Olympic gold medallist, having ousted the 35-year-old in the Japan quarter-finals in September. The 24-year-old now leads their head-to-head 2-1 and will have the chance to stretch that to 3-1 when they clash again in the opening salvos in Hong Kong next week.

There was some celebration for home supporters, however, as Chen Long’s maintained his recent resurgence, staving off the determined Kantaphon Wangcharoen. The improving Thai boldly challenged the reigning Olympic titan, snatching the first game. Chen struck back in the second and was coasting at 13-6 in the third before an enthralling finale unfolded with Wangcharoen reeling off ten straight points 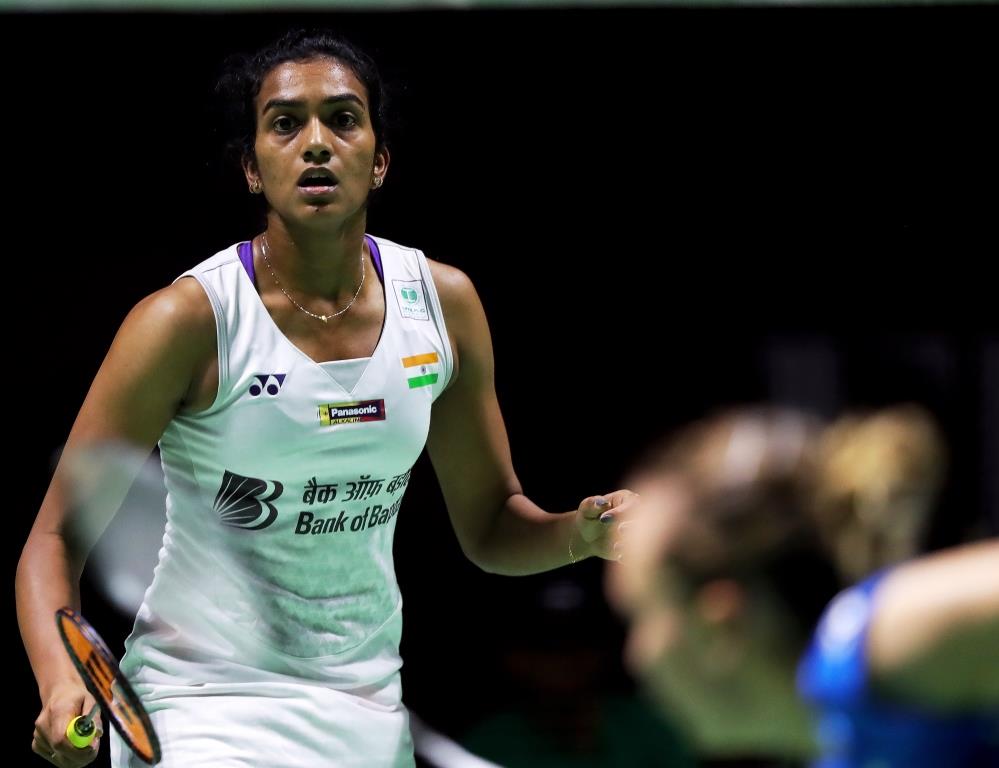 In Women’s Singles, leading contenders such as Nozomi Okuhara (Japan), Pusarla V Sindhu (India), Sung Ji Hyun (Korea) progressed to the second round; seeking to capitalise on the absence of Tai Tzu Ying (Chinese Taipei) who has dominated the category this season. Tomorrow’s second half of the first round will see other top guns such as No.2 seed Akane Yamaguchi (Japan); China’s Chen Yufei and He Bingjiao; Carolina Marin (Spain) and Ratchanok Intanon (Thailand) trying to secure their second-round spots.

Their conquerors were a pair of 19-year-old Koreans, Kang Min Hyuk and Kim Won Ho, who shrugged off a second-game comeback by the former world No.1 duo from Denmark to seal victory, 21-10 14-21 21-16, at Haixia Olympic Sports Center. Leading from 5-5 in the third game, the underdogs pulled away decisively at 14-13 to book their place in the second round of the Super 750 tournament.

The Koreans’ efforts have earned them a crack at the men of the moment – Marcus Fernaldi Gideon/Kevin Sanjaya Sukamuljo. The world No.1 pair from Indonesia eased past Lee Jhe-Huei/Lee 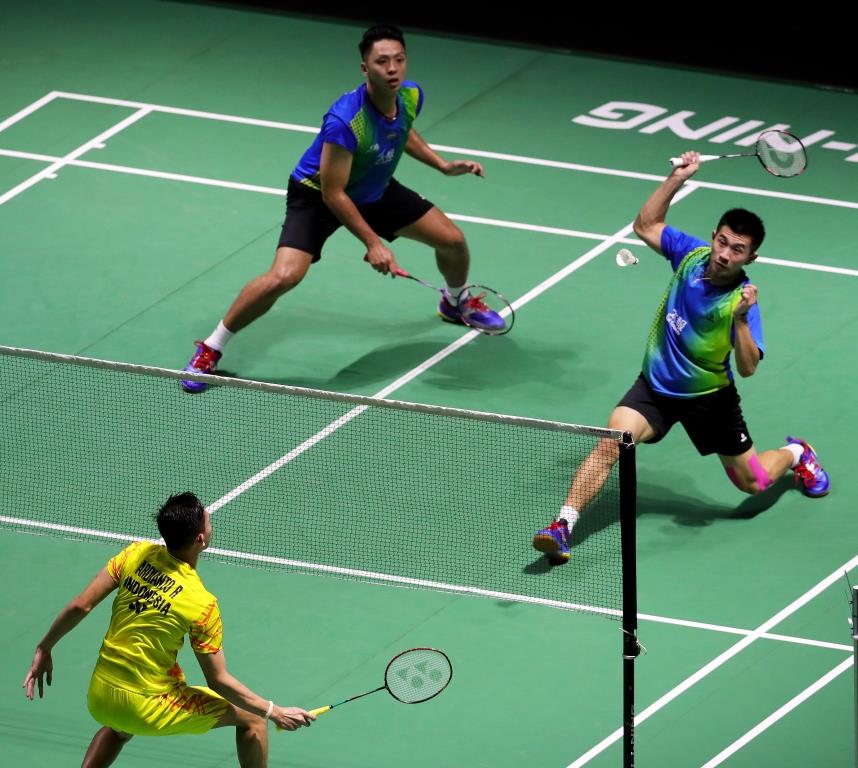 This result would have frustrated the latter’s quest to qualify for next month’s season-ending HSBC BWF World Tour Finals. Presently in 12th position in the HSBC Race To Guangzhou, the No.8 seeds would have been looking for a good performance in Fuzhou – with just three events after this – to enhance their chance of finishing among the top eight qualifiers.

In Women’s Doubles, the plot thickened as to which two Japanese pairs will make the Guangzhou cut as World champions, Mayu Matsumoto/Wakana Nagahara, bear down on their team-mates in the qualification battle. Beating China’s Du Yue/Li Yinhui (21-18 21-19) today, Matsumoto/Nagahara joined their countrywomen, Yuki Fukushima/Sayaka Hirota and Misaki Matsutomo/Ayaka Takahashi, in the second round. The latter two pairs – who drew first-round byes – are first and second respectively in the Guangzhou rankings, with Matsumoto/Nagahara in third place, 7,880 points behind Matsutomo/Takahashi. A maximum of two pairs per member association is allowed per category for the Finals – and this regulation will be in the minds of these Japanese top guns as they fight it out during the rest of the season. 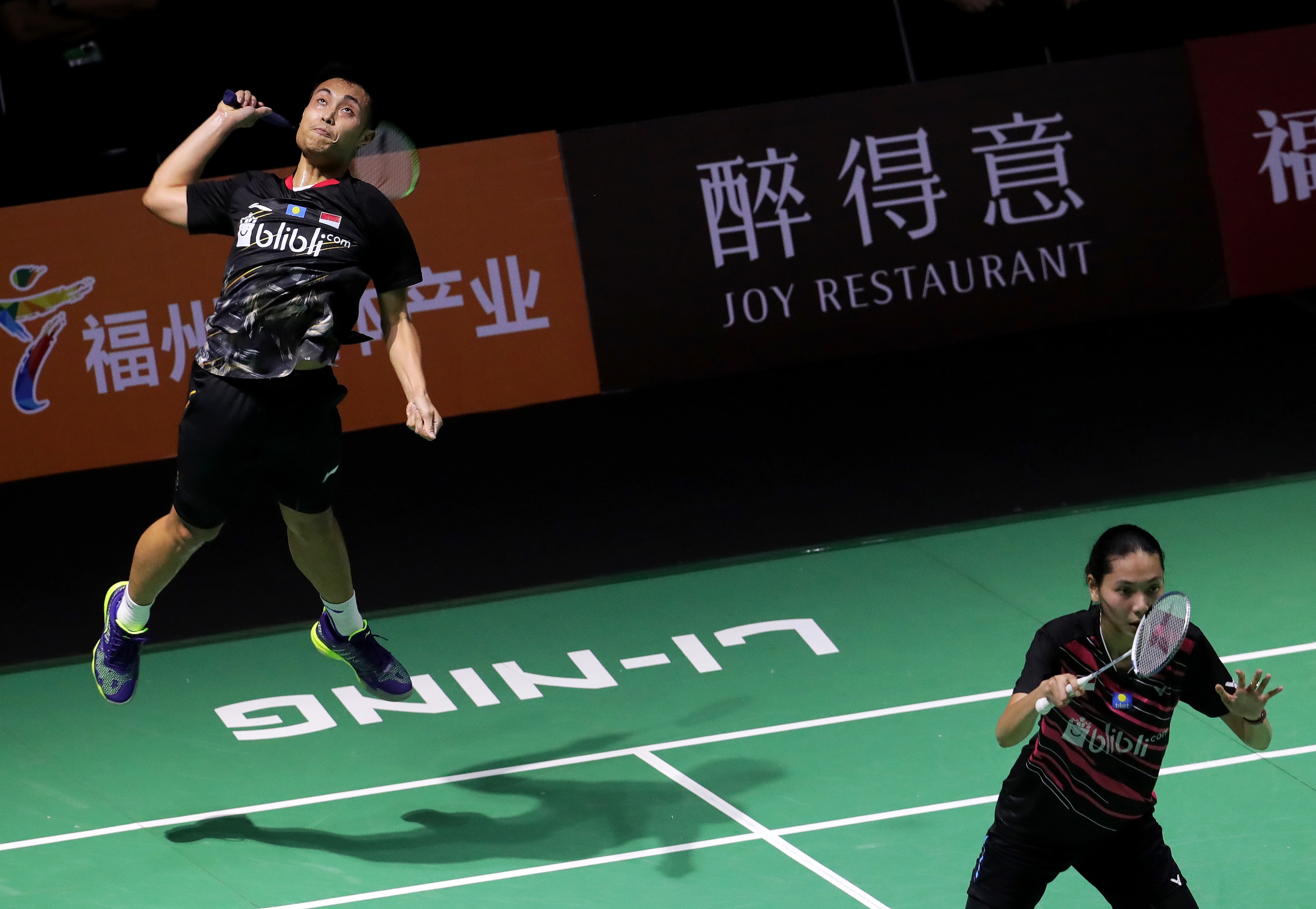