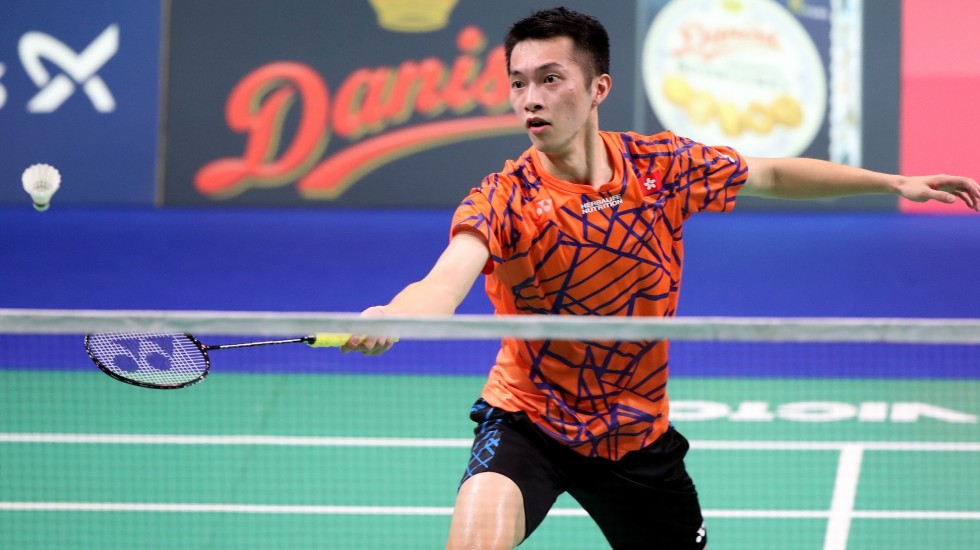 Some big names suffered some big falls on the opening day of the DANISA Denmark Open 2018 – Presented by VICTOR, with China enduring a double whammy in Men’s Singles.

The badminton powerhouse first saw its Olympic titan, Chen Long, succumb to the skilled Ng Ka Long, 22-20 21-15, in the early afternoon. This was followed by the late-night demise of No.3 seed, Shi Yuqi, at the hands of Sameer Verma. The young Indian took down the Chinese heir apparent 21-17 21-18.

The narrative could have been worse for Chinese fans as iconic veteran, Lin Dan, found himself in a midnight maelstrom against blossoming Thai player, Kantaphon Wangcharoen. However, the two-time Olympic gold medallist – who turned 35 last Sunday – showed his class in the decider, striding into the second round, 21-13 14-21 21-7; a date with defending champion Kidambi Srikanth awaits him.

Meanwhile, Hong Kong’s Ng (featured image) was thrilled to overcome Chen, particularly given his opponent’s 14-8 lead in the first game. Chipping away at the deficit, the 24-year-old drew level at 18-18 and seized the advantage on his second game point.

“I’m happy with my performance. I was confident and calm today, though I didn’t start well. When I was down in the first game, I changed my strategy to pressure him more. My confidence increased when the score was level and I was determined to win,” said Ng who next faces Khosit Phetpradab of Thailand.

In Women’s Singles, headliners Carolina Marin and Pusarla V Sindhu exited Odense Sports Park early. The latter was again undone by Beiwen Zhang who had ousted the Indian star in the final of Pusarla’s home tournament in New Delhi. This encounter again stretched the distance, with the gritty American prevailing 21-17 16-21 21-18.

“I learnt how to play against her from our previous match. I was confident and relaxed. I had less pressure than her and I wasn’t worried about if I won or lost,” said Zhang, who hopes to boost her chance of qualifying for the HSBC BWF World Tour Finals with a strong performance at the Super 750 event.

Marin, who has been in sizzling form of late with a record third World Championship title and two Tour victories since August, was stopped by Mia Blichfeldt. The lanky Dane held firm after the Spaniard mounted her trademark comeback in the second game, downing the No.5 seed 21-19 14-21 21-19.

Unlike the drama in singles, proceedings in the three doubles categories went according to seedings and there were fewer fireworks. In Mixed Doubles, Jacco Arends/Selena Piek scared Olympic silver medallists, Chan Peng Soon/Goh Liu Ying. The Dutch tandem captured the first game and pushed their more accomplished rivals all the way before perishing 18-21 21-19 21-16. Thailand’s Dechapol Puavaranukroh/Sapsiree Taerattanachai also needed three tough games to shake off Hong Kong’s Lee Chun Hei/Chau Hoi Wah (21-16 22-24 22-20); coming from 16-19 down in the decider.

First-round action continues tomorrow at Odense Sports Park ahead of the second round on Thursday.