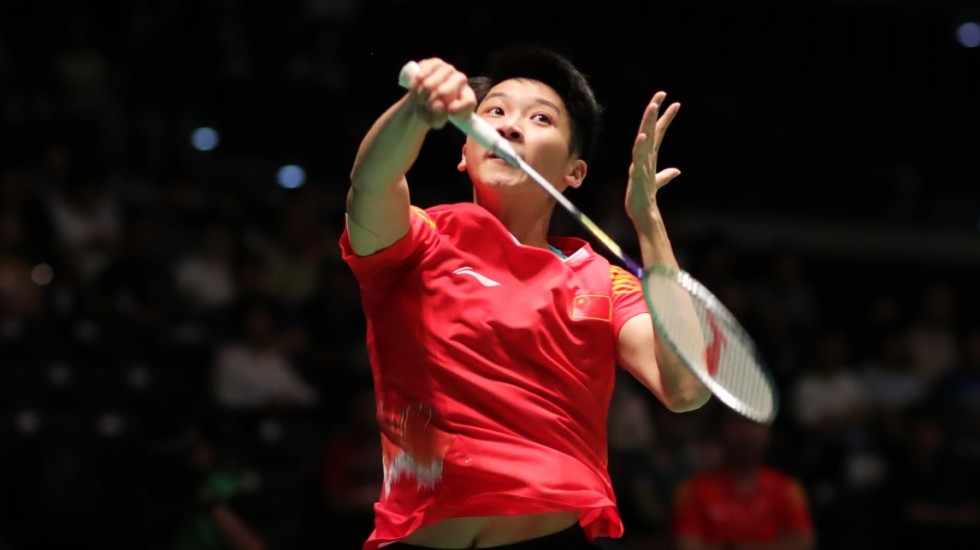 Top seed Tai Tzu Ying felt the heat in the very first match of the day, the Asian Games champion 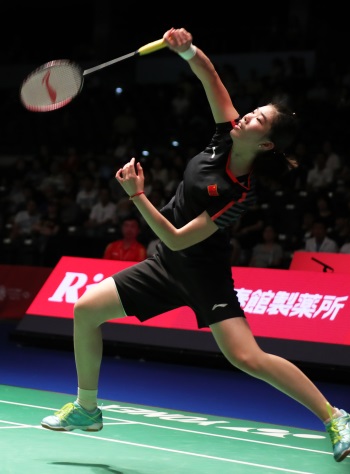 suffering only her fourth defeat this year as she ran into Chen Xiaoxin (featured image). Third seed Pusarla V Sindhu (India) followed her out of the competition, outplayed by another young Chinese, Gao Fangjie.

Tai was undone by inconsistent play that haunted her all through the 40-minute encounter: 21-18 21-14. The World No.1 looked to have settled in with a 12-8 lead in the opening game, but allowed Chen to catch up, with her usually deft placements going wide off the lines. Tai was unable to capitalise on an 18-16 lead and Chen was alert enough to convert the half-chances that came her way. A weak net shot by Tai gave her opponent game point, which she converted at the first opportunity.

It was all downhill from there for the top seed as her challenger established a fair lead and stepped it up after the break. A wild forehand from Tai that gave Chen nine match points summed up the day for the Chinese Taipei star.

Gao’s breakthrough tournament was her runner-up finish at the China Open last year, where she beat Pusarla in the quarter-finals. In their only meeting since then, Gao today repeated her straight-games victory over the recent World Championships and Asian Games runner-up.

The match was closely contested in the opening game, with Pusarla recovering from an early deficit to go 17-14 ahead. The young Chinese however wasn’t flustered and caught up with Pusarla at 18, capitalising on that momentum to take the first game.

The Indian fell behind in the second, with Gao maintaining handy leads of 13-8 and 15-9. A smash to the body gave Gao a 19-15 lead, and she continued with her aggressive game to earn five match points. Pusarla found her accuracy rather belatedly, with two shots finding the sideline, but yet another body shot gave Gao victory at 21-18 21-19.

Both the young Chinese will take on local opponents in the quarter-finals: Chen faces Nozomi Okuhara while Gao takes on Aya Ohori. Another China-Japan clash will be that of Chen Yufei versus second seed Akane Yamaguchi. Chen held off fifth seed Sung Ji Hyun (Korea) in three games, while Yamaguchi thwarted another young Chinese, Cai Yanyan, 21-18 21-19.

While Japan’s Women’s Singles stood up to their challengers today, it was a different story in other categories, with the home squad suffering two big blows. Women’s Doubles defending champions Misaki Matsutomo and Ayaka Takahashi could not convert two match points in a thrilling second game against China’s Du Yue/Li Yinhui and went down tamely in the end: 12-21 27-25 21-11. 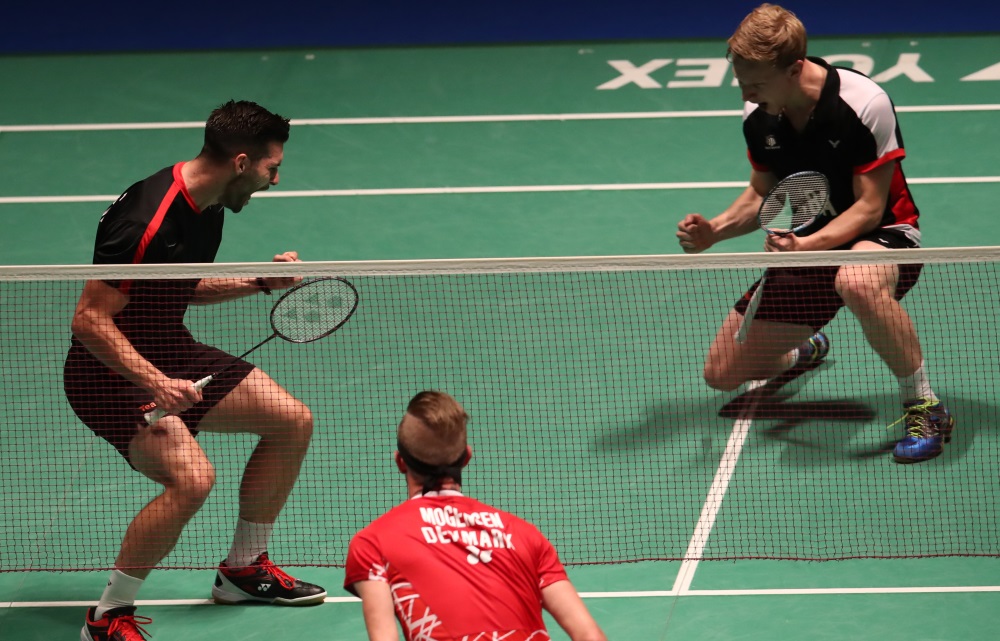 “We were not able to get used to our opponents’ style,” said Matsutomo. “They played with a style of their own. We tried to regain the pace, but we made many mistakes.”

China had a good day with three pairs progressing: apart from Du Yue/Li Yinhui, Asian Games champions Chen Qingchen/Jia Yifan and Tang Jinhua/Yu Xiaohan made the quarter-finals, where they play each other.

Among the significant results in Men’s Doubles were the upset of fifth seeds Mathias Boe/Carsten Mogensen (Denmark) by Dutch pair Jelle Maas/Robin Tabeling. 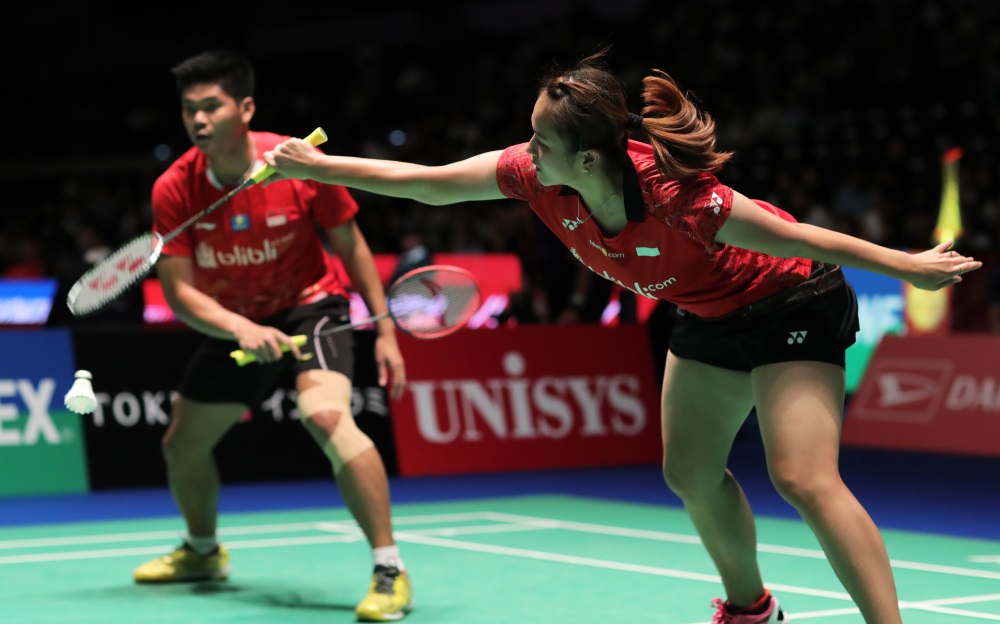 In the same quarter, Lin Dan withstood a strong challenge from Chinese Taipei’s Chou Tien Chen and pipped him at the post, coming away a 10-21 21-15 21-19 winner in 71 minutes.

The only upset of the day in the category was that of Korean fourth seed Son Wan Ho, who went down to compatriot Lee Dong Keun, 21-13 21-13.