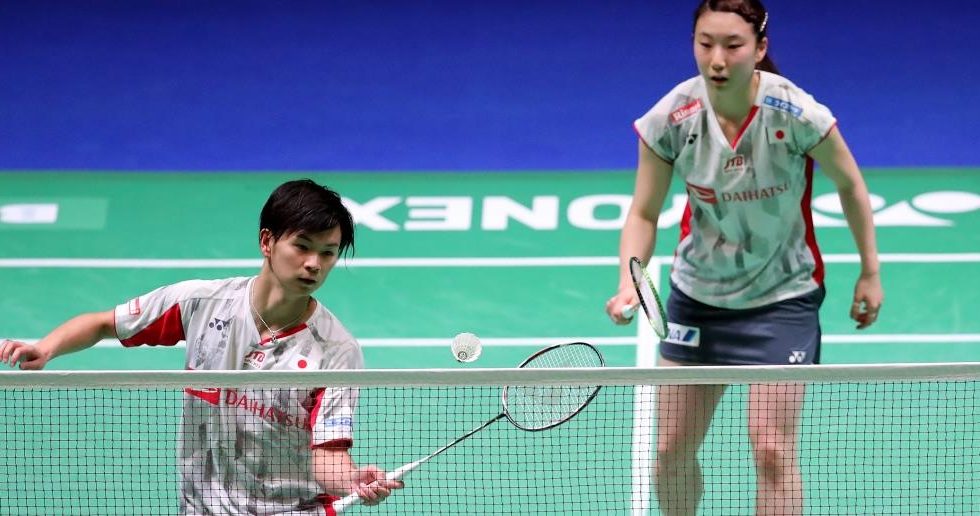 It took barely an hour for the first shockwaves to rock the YONEX All England Open Badminton Championships 2018 today as last year’s Women’s Singles runner-up, Ratchanok Intanon, perished in the tournament’s opening match.

Thailand’s top hope and No.3 seed lost a tense battle versus Michelle Li who enhanced her credentials as a player capable of beating anyone on her day with a gritty 21-15 14-21 21-19 victory in 67 minutes.

“I am delighted with my first win against Ratchanok and to do that at the All England where she is usually so good is excellent. I felt I was playing well, like I was in control of the match, so I am very happy,” declared the 26-year-old Canadian who faces Mia Blichfeldt of Denmark in the second round.

“The All England means the world. I think it is as important as the World Championships and I want to always do my best here. Over the last year or so I have been playing a lot better and that definitely plays a part in building my confidence. But whatever happens I am very happy to take a win against an opponent like Ratchanok as I have never beaten her before.”

Obviously disappointed, Intanon acknowledged Li outplayed her at some critical moments in their tussle at Arena Birmingham.

“She made me work really hard to win a point and that made me feel more pressure. Today she had better skills and more speed and she was able to win the tough points. She was very good today,” conceded the 23-year-old. 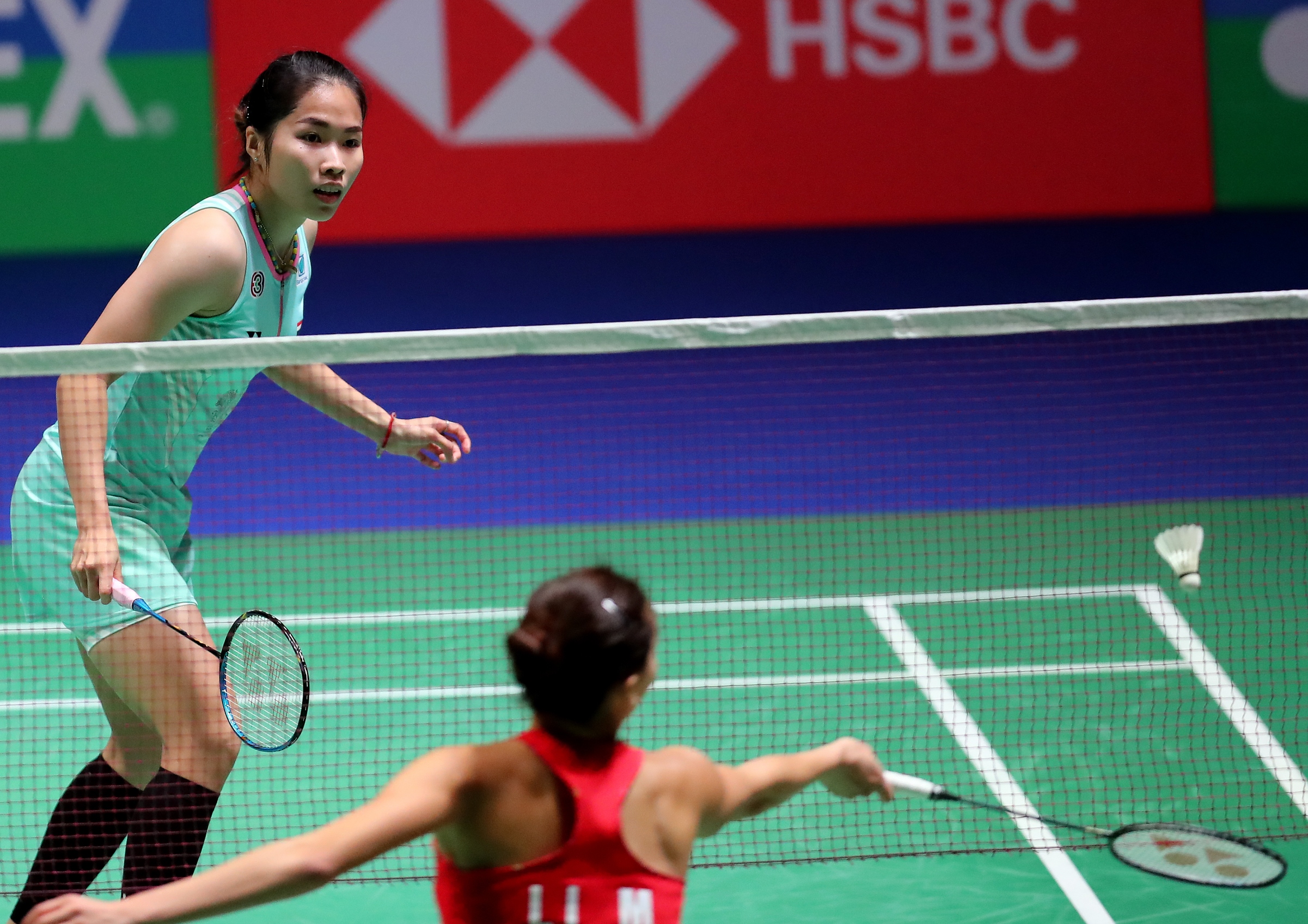 Fans may have wondered if the No.3 seeding was a bad omen as they watched Tang Chun Man/Tse Ying Suet of Hong Kong plummet from a game and 17-9 ahead to defeat in Mixed Doubles while third-seeded Kidambi Srikanth survived a match point in Men’s Singles and Women’s Doubles No.3 pair – Kamilla Rytter Juhl/Christinna Pedersen – were forced the distance (21-18 18-21 21-18) versus improving Australian duo, Setyana Mapasa and Gronya Somerville.

One of the emerging pairs of 2017, Tang/Tse looked shell-shocked as they exited the courts, having fallen to Japanese youngsters, Yuta Watanabe/Arisa Higashino (18-21 21-18 21-16), despite bossing the encounter for much of the first two games.

“We were so nervous. I didn’t play well at the beginning but then I got into the match and we concentrated on the second shot and tried to make fewer mistakes,” said Watanabe, adding that he and Higashino (featured image) want to at least match their semi-final performance of a year ago. 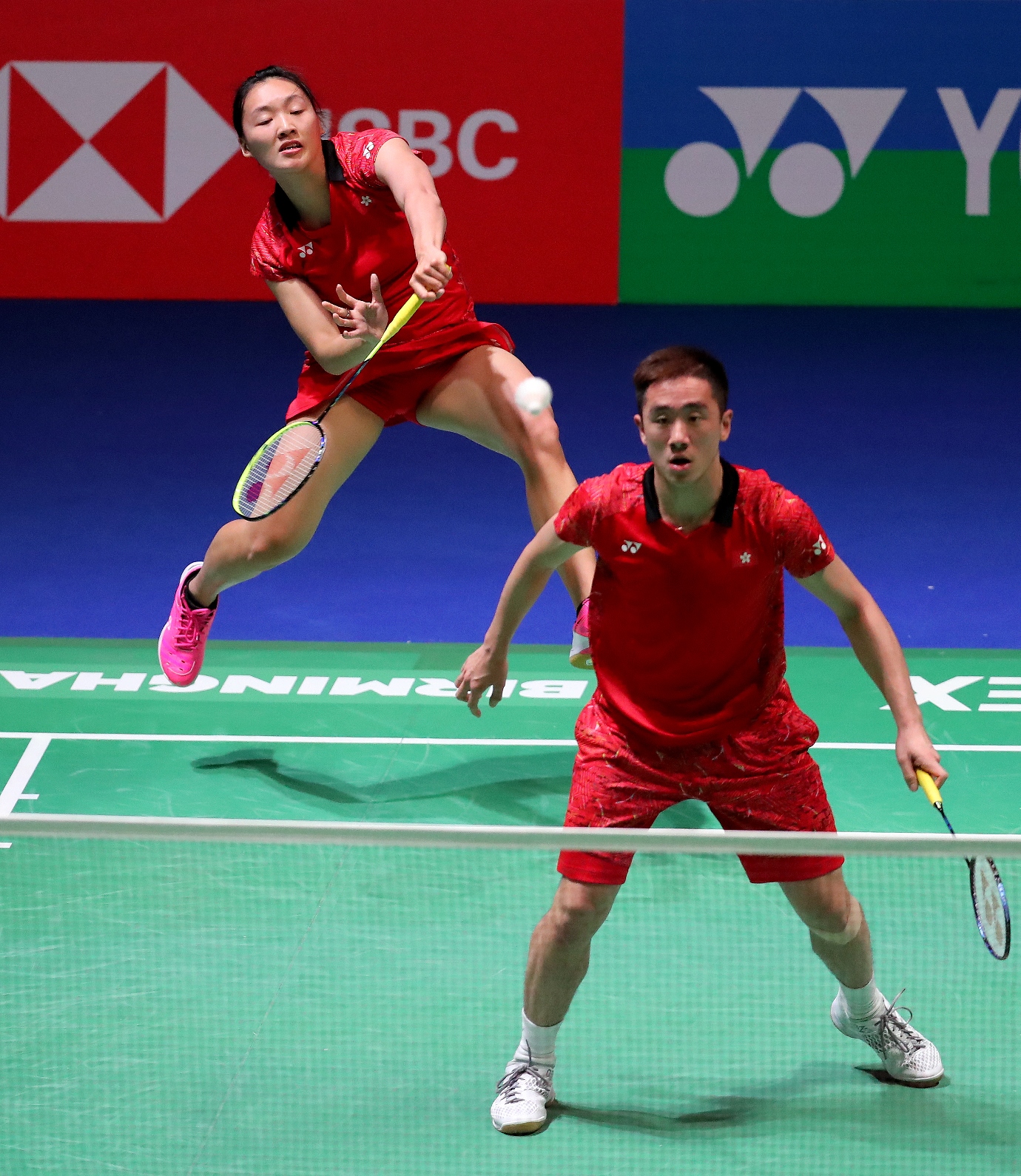 Their vanquished rivals, who have risen quickly up the mixed-doubles rankings, were at pains to explain their dramatic loss, after being four points from winning in straight games.

“We lost control in the second game. We felt pressure playing our first All England,” said Tse.

The storyline was almost the same for Kidambi but the Indian star player narrowly avoided a similar fate against tricky Frenchman, Brice Leverdez. The latter failed to convert match point in a see-saw third game as Kidambi grabbed three straight points to triumph 7-21 21-14 22-20 in the Men’s Singles thriller.

“I am lucky to pull this match out. This definitely gives me a lot of confidence. I hope that I can play some more matches here and get the momentum that I require. I have no target here – just to play well and get back my confidence,” said Kidambi who lifted four tour titles in 2017. 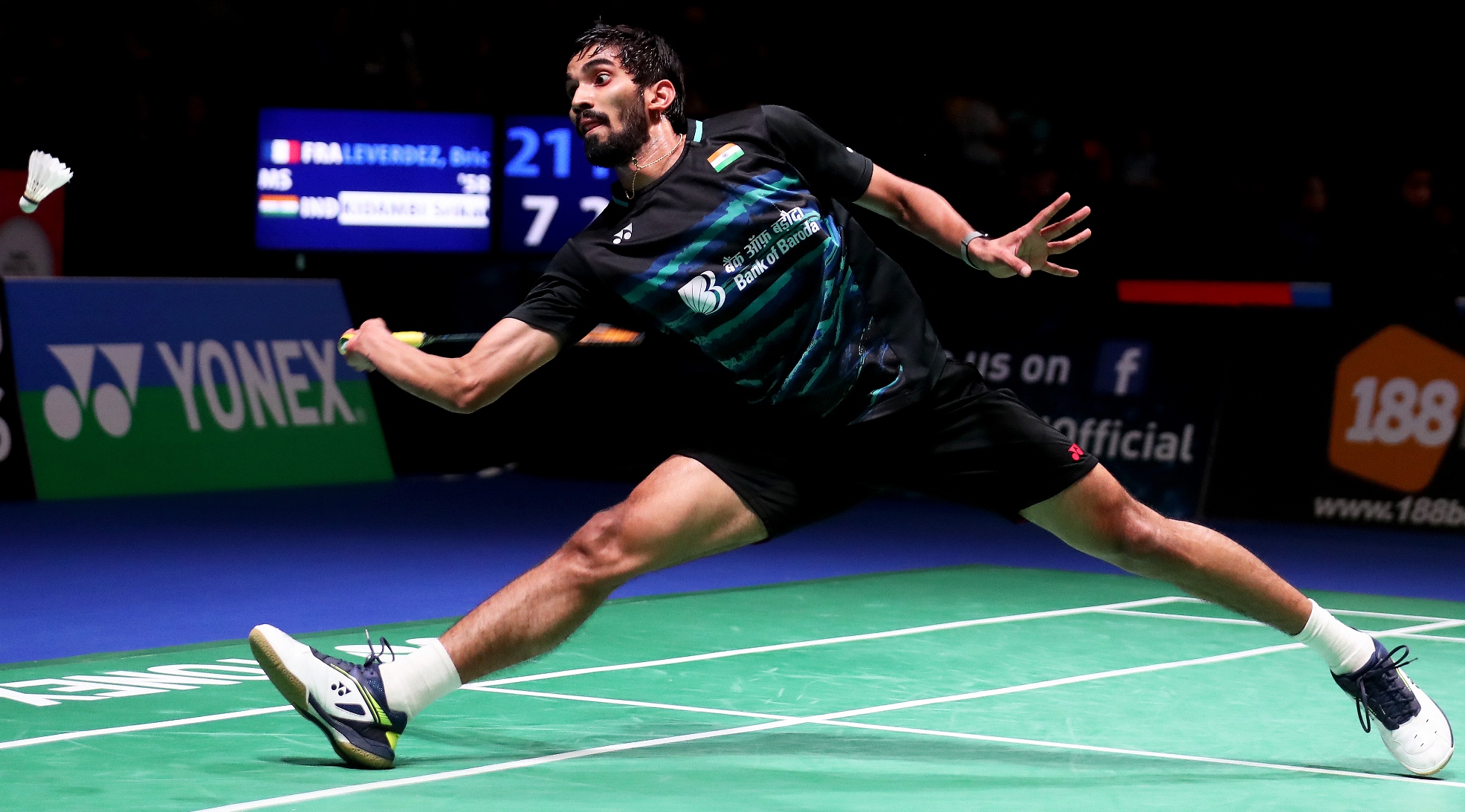 On the home front, Chris and Gabby Adcock made a heartening return, winning their opening Mixed Doubles fixture. Their participation in this event had been in doubt due to Gabby’s left-ankle injury which had sidelined the England pair since early January. 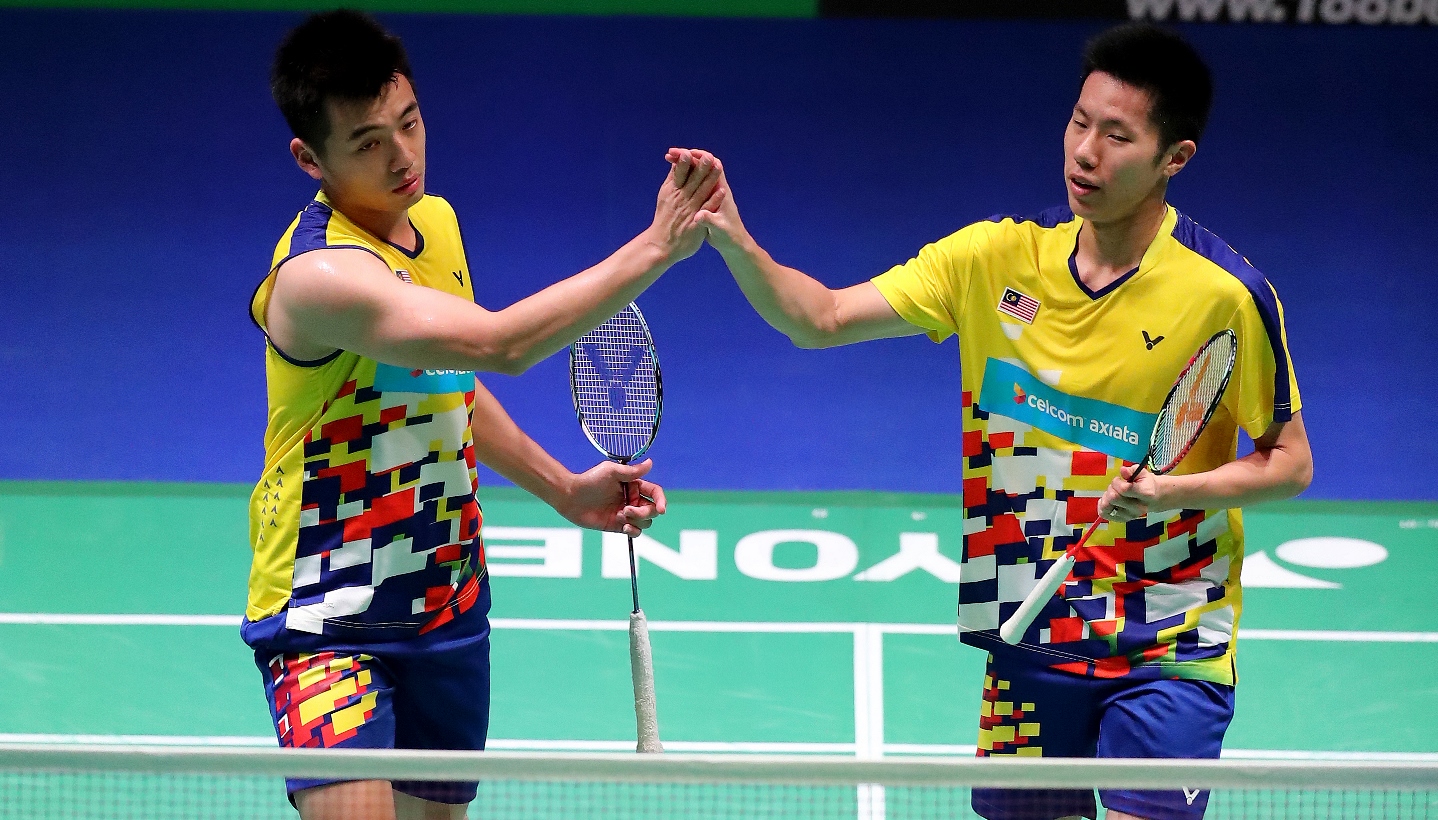 “It was touch and go up to the last minute. I really wanted to play this tournament. I am surprised at that result but very pleased that my ankle held up,” she said glancing down at her heavily-strapped left foot after she and her husband prevailed 21-14 21-15 versus Goh Soon Huat/Shevon Jemie Lai of Malaysia.