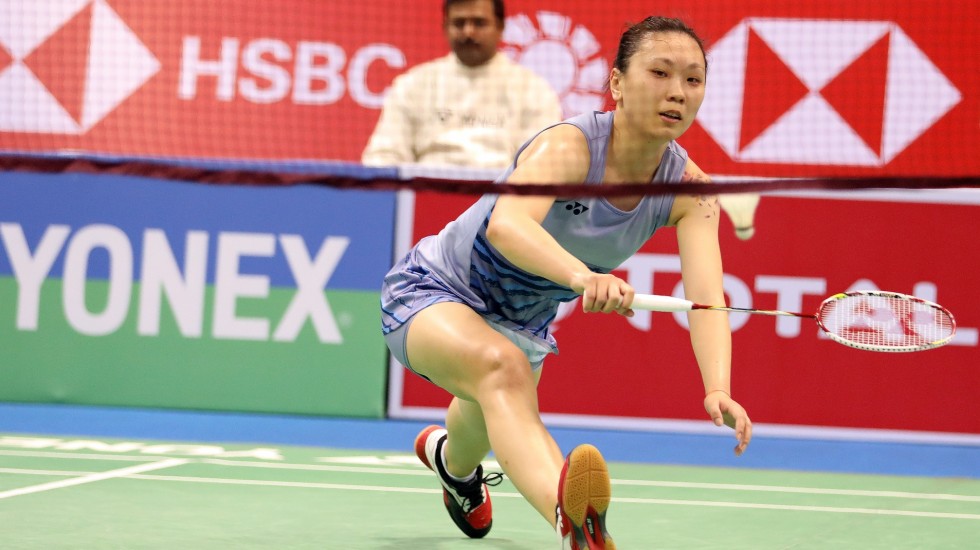 Beiwen Zhang’s career-best performance – at the Yonex-Sunrise Dr. Akhilesh Das Gupta India Open 2018 – has helped her jump 39 places to No.8 in the HSBC Race to Guangzhou.

Zhang memorably beat defending champion and top seed Pusarla V Sindhu in the Women’s Singles final in New Delhi in early February, and the 9,200 points from that victory vaulted her into the top ten. Pusarla also had a profitable outing at her home event, though losing the final – her 7,800 points saw her rocket 20 spots up to No.5 in the rankings.

Sitting atop Women’s Singles is Thailand’s Ratchanok Intanon, winner of the Malaysia Masters and semi-finalist in Indonesia and India. Intanon, with 22,040 points, leads the second-placed Tai Tzu Ying (Chinese Taipei) by 5,040 points. Marin has been consistent in the three tournaments she played – reaching the semi-finals in Malaysia and the quarter-finals in Indonesia and India – but still appears some way off the sizzling form she demonstrated in 2015 and 2016. The early leg of the World Tour saw a number of players of comparatively lesser profile excel and climb up the rankings. Hong Kong’s Cheung Ngan Yi – who made her first semi-final appearance in an event of this level, in India – climbed up an impressive 35 places to No.12, while compatriot Yip Pui Yin (No.14) and Spain’s Beatriz Corrales (No.15) – quarter-finalist in India – too made significant progress.

Malaysia’s Liew Daren has experienced a revival in fortunes, with semi-final performances in Thailand and Malaysia helping him to No.3. Liew is followed by Indonesia’s Anthony Ginting and Denmark’s Hans-Kristian Vittinghus and his compatriot, Viktor Axelsen. Axelsen, who had a glorious 2017, picked up his first title this year in Malaysia. Others in the top ten are Thailand’s Suppanyu Avihingsanon, Chinese Taipei’s Wang Tzu Wei, Thailand’s Kantaphon Wangcharoen, and Japan’s Kazumasa Sakai.

China’s Shi Yuqi has played only one HSBC BWF World Tour event this year, which he won – the India Open – and the 9,200 points he earned has helped him to No.13.

Iskandar Zulkarnain was among those who stole the headlines in India. The Malaysian navigated his way from qualifying all the way to the semi-finals and finds himself at No.14 alongside Korea’s Son Wan Ho and India’s B. Sai Praneeth.