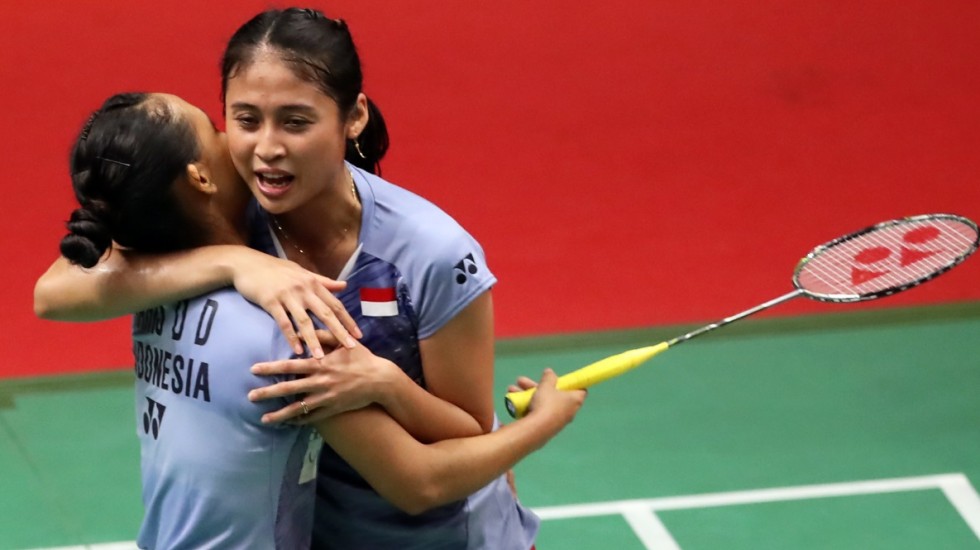 Chen Qingchen and Jia Yifan in the second round of the Daihatsu Indonesia Masters in Jakarta yesterday.

Haris and Pradipta (featured image) were dominant from the start and the Chinese faded out mid-way in the opening game, losing the clash 21-15 21-11.

The Indonesians take on Lee So Hee/Shin Seung Chan, one of three Korean pairs in the quarter-finals; the others being Chae Yoo Jung/Kim Hye Rin and Chang Ye Na/Jung Kyung Eun. 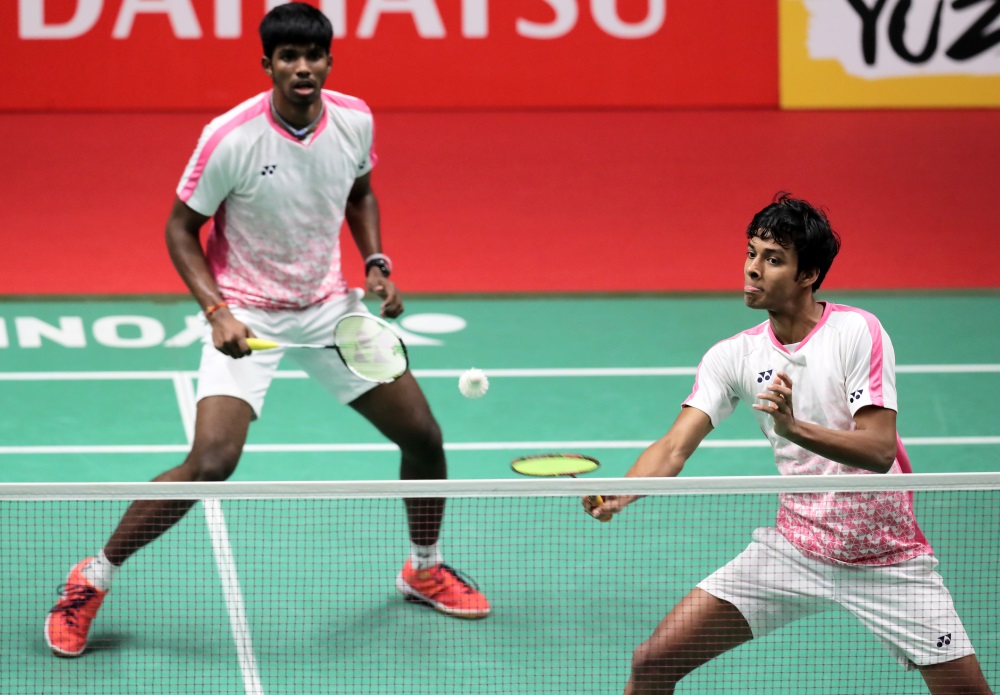 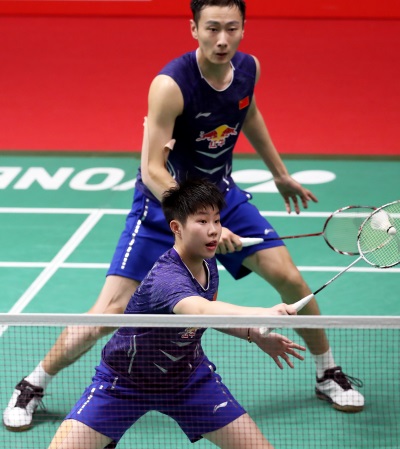 In-form Viktor Axelsen, winner of last week’s Perodua Malaysia Masters, retired from his second round Men’s Singles match against Japan’s Kazumasa Sakai. In a Facebook post, Axelsen explained that his left ankle had started to hurt after a bad landing late in the first game.

Axelsen lost the close first game and was trailing Sakai 11-7 when he retired; the Japanese progressed into the quarter-finals where he faces another Dane, Rasmus Gemke, who beat Korea’s Jeon Hyeok Jin 23-21 21-15.

Anthony Ginting was the only other Indonesian to make the quarter-finals after he comfortably handled the wares of Thailand’s Kantaphon Wangcharoen, conqueror of Lin Dan in the first round. Ginting faces China’s Chen Long in the quarter-finals. 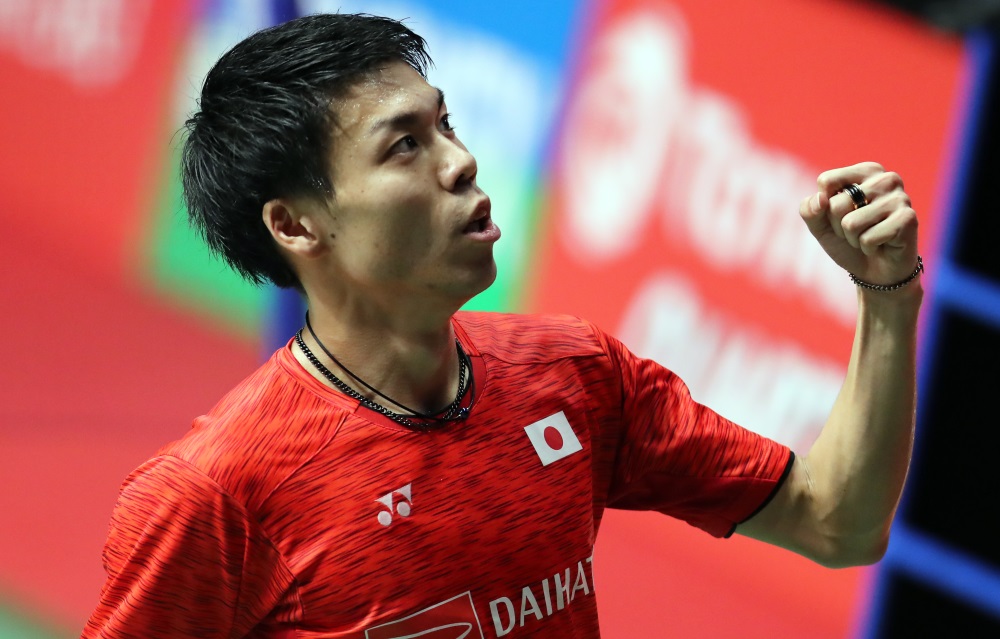 Two other Indonesian pairs – Praveen Jordan/Melati Daeva Oktavianti and Edy Saputra/Marsheilla Gischa Islami, also made the quarter-finals, where they face each other. 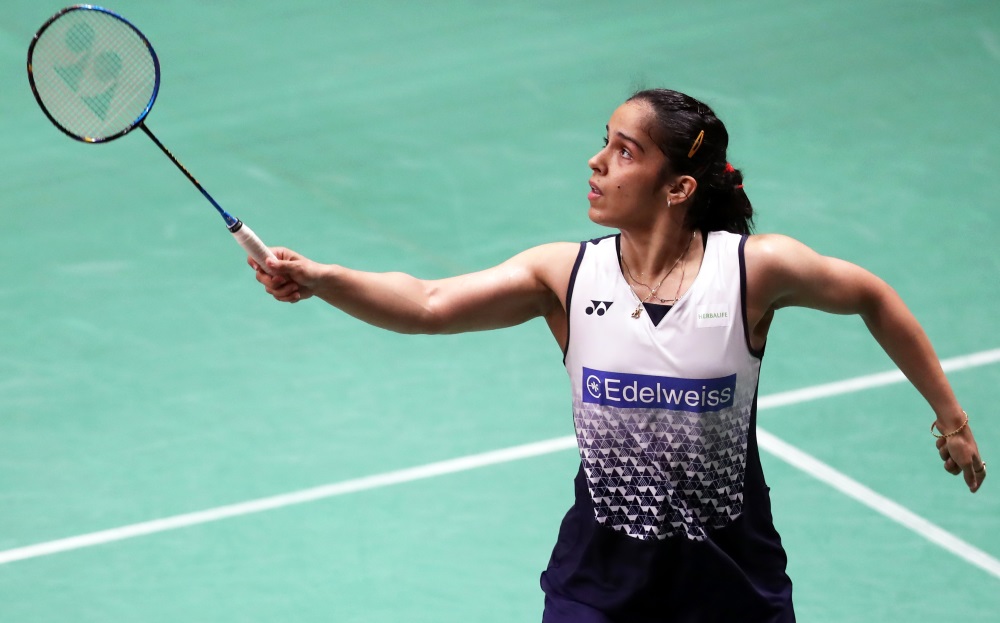 There were no surprises in Women’s Singles, with all the seeds progressing.

India’s Saina Nehwal won her second straight match against Chinese opposition, with a 21-12 21-18 result over Chen Xiaoxin. Nehwal set up an interesting clash with compatriot Pusarla V Sindhu, who beat Malaysian qualifier Goh Jin Wei 21-12 21-9. The two Indians have played each other only twice in their career; the record stands at one win apiece.