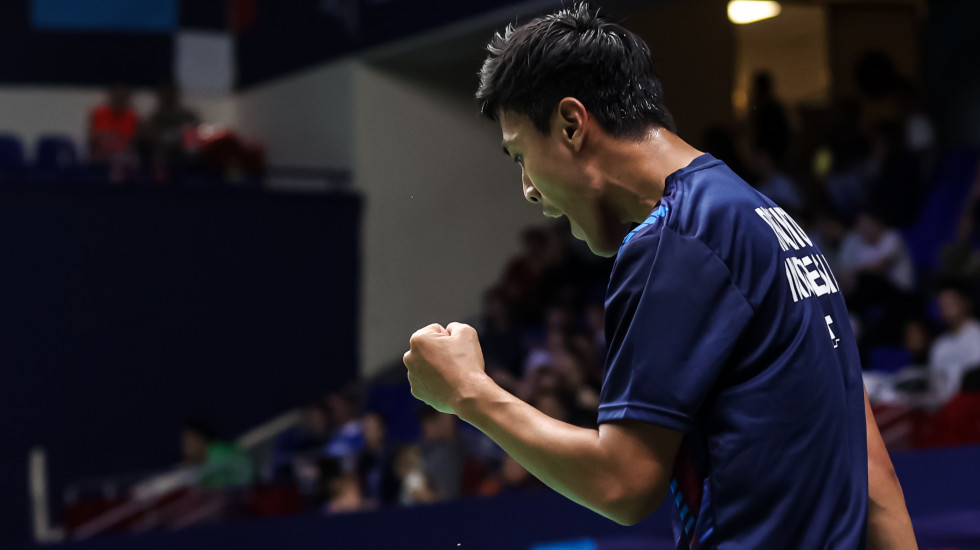 Shesar Hiren Rhustavito extended his unbeaten streak against Lee Zii Jia to two matches, notching a straight games win over the new world No.2 in the YONEX French Open 2022 first round.

Rhustavito, who won their most recent encounter in the Malaysia Open last 16 in June, credited his solid defence for the upset. With the Indonesian returning most of his attacking shots, a visibly frustrated Lee lost his focus towards the end to fall 21-19 21-18.

“The key to winning was good defence,” said the 28-year-old, who now leads their head-to-head 5-4.

“I was prepared to defend and had worked on it for this match because everyone knows his smashes are powerful. Thankfully, my defence was solid.”

Rhustavito said defeating Lee 21-19 19-21 21-16 in front of his own fans four months ago boosted his confidence for this match. The world No.24 looked unperturbed even when he was behind and the lead exchanged hands a few times.

“Actually, Lee played well. It’s just that I was prepared for his attacks and had the confidence from winning our last match. I entered the court without any nerves,” said Rhustavito.

“From the start it was neck-and-neck so I needed to keep my concentration to ensure a big gap didn’t open up. My preparation here has been great, now it’s up to me to keep producing on court.”

“I made a lot of unforced errors and didn’t have the required patience,” said the third seed. “Although I’m world No.2 now, I’m not satisfied with what I am. I’m still working on my weaknesses, there are parts of my game I need to be better at to go higher.”

Lee’s defeat came shortly after the man he fell to in the Denmark Open final on Sunday, Shi Yu Qi, bowed out 21-16 21-14 to Sitthikom Thammasin.