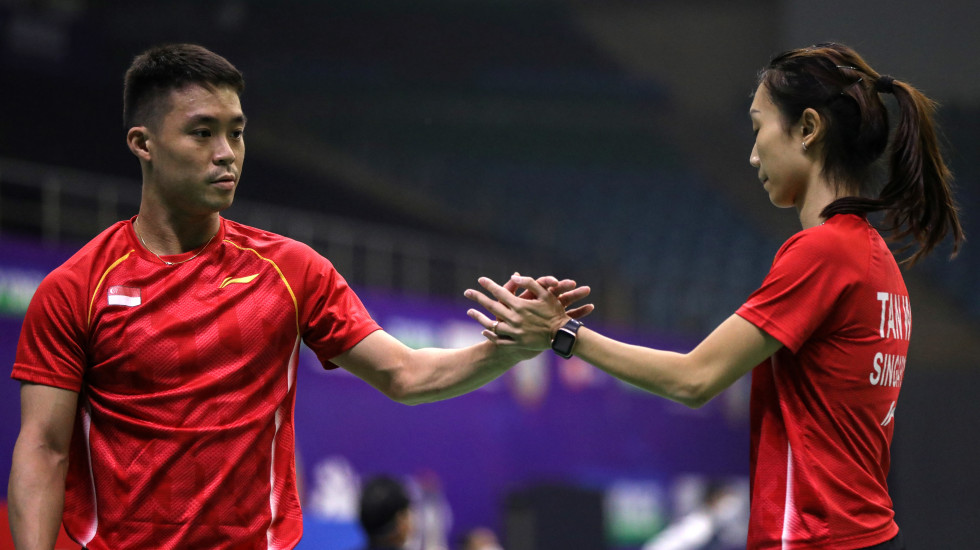 Newlyweds Hee Yong Kai Terry and Tan Wei Han’s post-marriage form yielded another good result as they made the semifinals of the YONEX-SUNRISE India Open 2022.

Since tying the knot in October, the Singapore couple have won the Czech Open (International Series) and made the last four of the Dutch Open and the Belgian International (both International Challenge).

The duo had played several Superseries before pairing up with other partners from 2018 onwards, eventually reuniting post-marriage after Terry Hee’s national service.

“It means a lot to us as a pair as we’ve been out for long,” said Terry Hee. “It feels great to be back. I had national service in my country and I was out for two years and when I was about to come back, Covid hit, so it’s been a long time. It wasn’t so much about missing badminton but missing competitions. I’ve been training, but I didn’t get to compete overseas. I felt hungry to get back, but it was tough too. The feeling is different, after so long it feels a bit weird. We’re still trying to get back in condition. This is my first World Tour event. We’re not yet at where we expect, we hope to perform better.”

Russia’s Anastasiia Akchurina/Olga Morozova came through an intense quarterfinal against Vivian Hoo/Lim Chiew Sien, needing 83 minutes to get past the Malaysians, 21-19 11-21 21-16. They were due to play an all-Russian semifinal against Ekaterina Malkova/Anastasiia Shapovalova, but Malkova/Shapovalova withdrew citing injury, enabling Akchurina/Morozova’s entry into the final on Sunday.

“This is the biggest result for us because we haven’t been in this stage of a World Tour,” said Morozova, after the quarterfinal win. “It’s the one thing we were working for, we were practising really hard before the tournament and it paid off. Today was quite tough. We’re used to playing matches like this. We followed our coach’s tactics and that helped us win.”

“We’re happy about today, we played very well in the first game and it was close in the second. It’s our first Super 500 semifinal and we’re ready. This the first time for us and we’re grateful and we’ll try our best tomorrow,” said Villeger.

♦Women’s singles second seed Busanan Ongbamrungphan held off USA’s Lauren Lam and will be up against young Indian Akarshi Kashyap, while in the top half, her compatriot Supanida Katethong faces home favourite Pusarla V Sindhu.