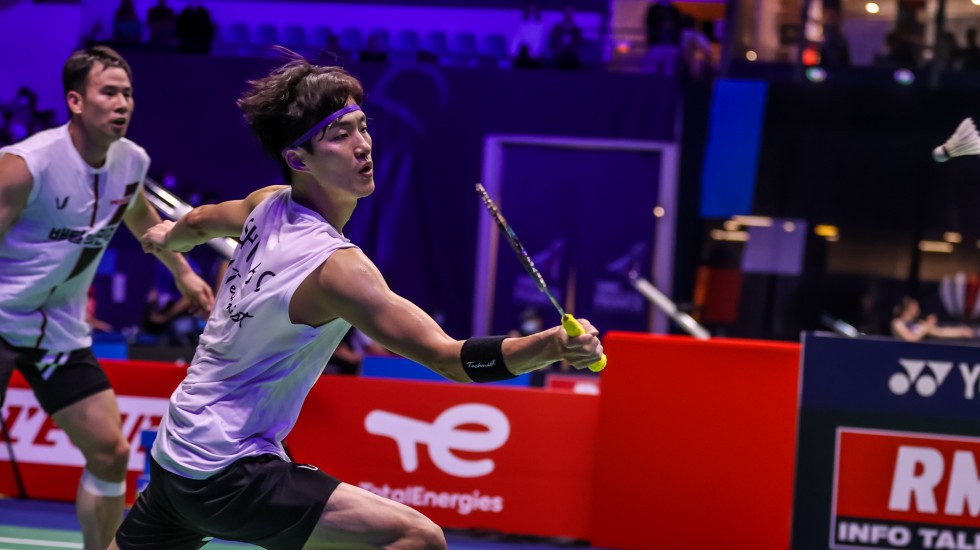 The ‘Daddies’ will rue the numerous errors they committed after holding a strong position in the second game. The errors gave Ko and Shin a foothold, and after edging through in the second, it all went their way in the decider.

“We lost in the first round of several tournaments and we haven’t competed in over six month. We trained a lot, and came here nervous, so this win helped,” said Shin.

Ko and Shin haven’t made an impression at any event since their semifinal finish at the Thailand Open 2019, while their contemporaries Ahsan and Setiawan have been very much in the thick of things, winning the world title and the season finale that year and even finishing fourth at the Tokyo Olympics.

“Obviously we want to play consistently like them. It gives us a lot of confidence winning this. We don’t even train together, we only play together at competitions. We were quite focused in the second and third games. I’ve played them a number of times earlier, with Baek Cheol and other partners, but knowing them doesn’t mean we will win,” said Ko Sung Hyun.

A day after he was pushed to three games by Brice Leverdez, Chou was again taken the distance. The Chinese Taipei player will take on Heo Kwanghee in the last four.

A day after winning a difficult three game battle over Brice Leverdez, Chou was again taken the distance. The Chinese Taipei player will take on Heo Kwanghee in the semifinals.

The Indonesian stayed close in the opening game but fell away in the second, making far too many errors and was unable to challenge Momota to longer rallies.

“The shuttle was quick and I had to make sure I wouldn’t make mistakes. It was very difficult physically. It was very important to win the first game. For the semifinal, I will have to see how I feel tomorrow,” said Momota, who progressed to an all-Japanese semifinal against Kanta Tsuneyama.