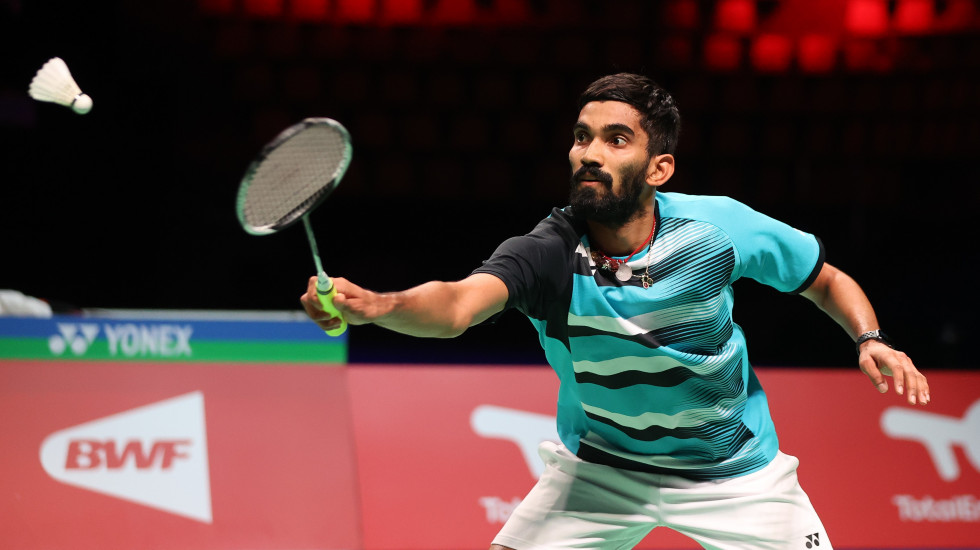 Former Denmark Open Champ’s Quest for Form that Deserted Him

The paths of two recent Denmark Open champions – Kento Momota and Kidambi Srikanth — crossed on Thursday; both now in varying stages of self-discovery having slipped from the pinnacle of the game.

Kidambi was riding a wave in 2017. He was in five Superseries finals that season, winning four – including the Denmark Open and French Open on successive weeks.

Momota, king of the circuit in 2018 and 2019, had won the Denmark Open those two years before it all changed for him following his car accident in January 2020. The world champion has made a tentative return, showing flashes of his old self, but has been some way off from the version that dominated the circuit.

Of the two, Kidambi’s is perhaps the more puzzling case, to himself and to followers of the sport. There was no defining moment when his form deserted him. It’s a question to which he has been seeking answers, without much success.

When the two met in the second round, Kidambi’s sharp attack was pitched against Momota’s defensive prowess, and the Indian built up a comfortable lead in the opening game before losing it and falling in straight games. It was the kind of loss that summed up his predicament – how did he lose his way after a lead of 15-8 and 20-17? He himself has no clear answers.

“If I’d won that first game, things would’ve been different. When you’re playing at the highest level, you have to pull out such matches. 20-17 is a big lead,” Kidambi reasoned.

“I could see myself getting better in the first game, but at the highest level you have to convert these close ones into wins. All I can do is keep working in the right way, it’s about working hard and sticking to it.

The answers were more or less what he has offered over the last few years after every loss, every statement carrying underlying uncertainty.

Were the depleting results due to his own loss of form, or simply because the others were playing at a different level? Had men’s singles itself changed over the last four years? What did he have to do to catch up?

“I think at the highest level, you always have to be there. There can’t be ups and downs. There can be a 10 percent (change in level) but not 30 percent ups and downs. But for me, with the (knee) injury and during the Covid period, I lost a couple of years. It’s just that I couldn’t play and also, the Olympics, not being able to qualify. A lot of things, six tournaments getting cancelled.

“There are five-six guys who are playing really well. For me to get to that level it takes a lot more hard work. When I go back to Hyderabad and analyse what went wrong, it will be a little easier to figure out what to do. So I will get some time to work on things after the World Championships.”

What was it like to return to the Denmark Open, an event which he won while in his prime?

“Definitely it carries memories, I still remember winning this tournament. I didn’t forget about it, but now the situation has changed, the conditions have changed. So it’s more about thinking about the match that I play, rather than what has happened in the past.”