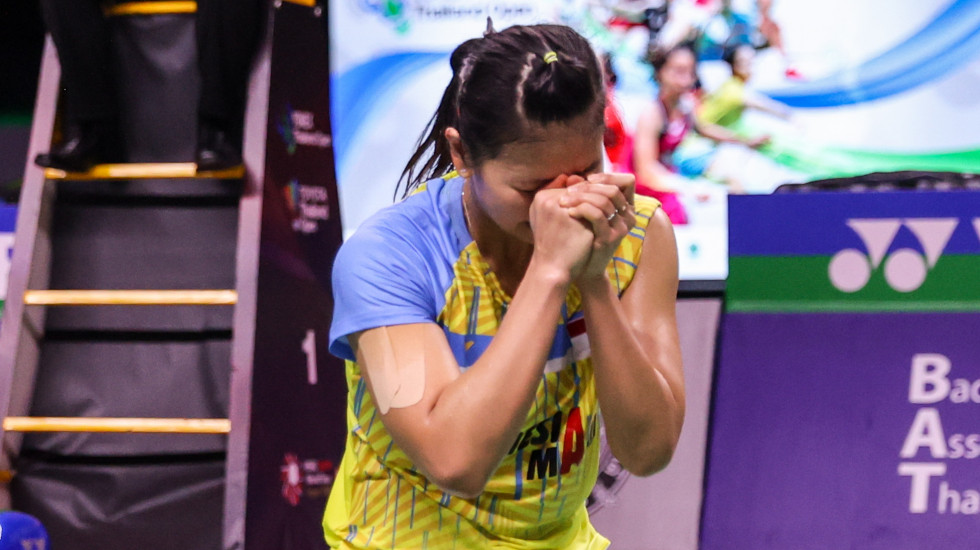 A personal tragedy sat heavy in Greysia Polii‘s heart when she came in to the YONEX Thailand Open, but she was able to steel her mind against letting it affect her on court.

The recent death of her elder brother Rickettsia – a father-figure to her ever since their father’s passing away when she was a toddler – meant that Polii was not fighting just a badminton battle on court. That was why, the instant she smacked a kill and won herself and partner Apriyani Rahayu the Thailand Open, she fell on her knees in a gesture of prayer and thankfulness. 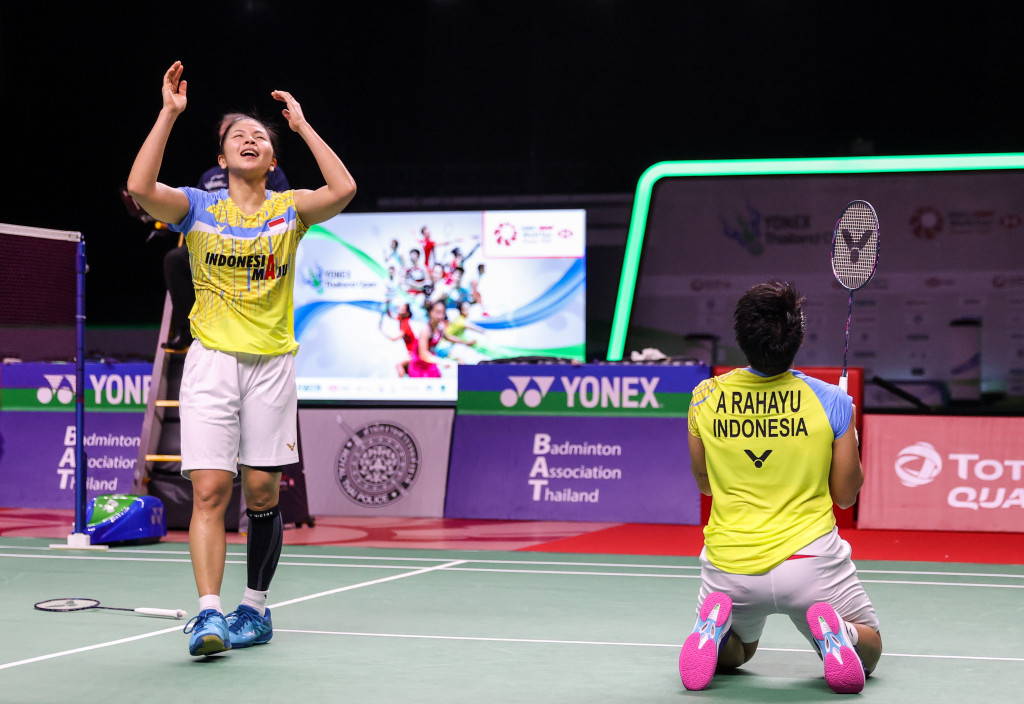 “He was like my father. He was 18 years older, he treated me like his daughter and I looked at him as my father. After my dad passed away when I was two years old, he took care of the whole family. He was very supportive of my badminton career,” recalled a tearful Polii. 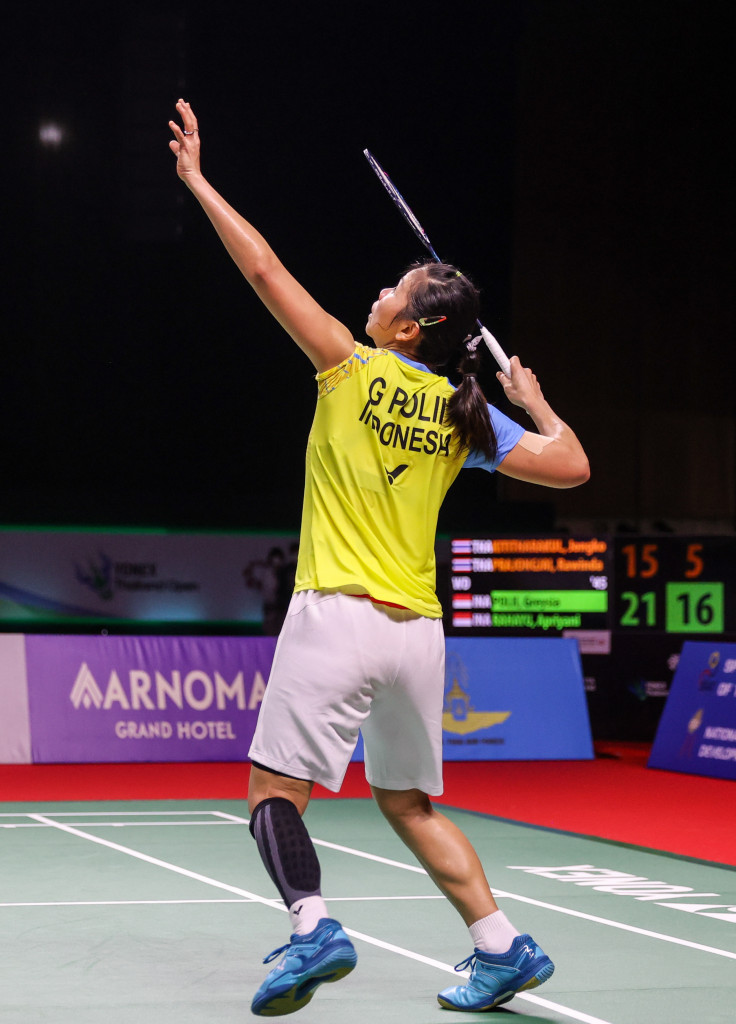 “He already saw me as a champion so many times. It is very painful… he waited until my wedding, and then he was gone. So it was like, wow, he wanted to see the best in me, he waited for the best.”

Her brother’s death happened the day after her wedding on 23 December. It had been a massive blow, and a deeply troubling time for the family, for after his death, some in the family were diagnosed with COVID-19.

“I dedicate this title to my brother… It has been a hard time for my family, and after my brother passed away, some of them got sick, so I came here with heartache, or rather, always thinking about them, every night and every day I just prayed to God to take care of all of them.

“I believe that this championship means so much to us, not just to me but to my family.”

Despite the tragedy, Polii was able, once she stepped on court, to block out everything else. This week she played with great intensity – smashing hard, intercepting, setting up opportunities for Rahayu, who complemented her partner at every step. The semifinal, against Lee So Hee and Shin Seung Chan, was a hard slog, but the final itself, against Thais Jongkolphan Kititharakul and Rawinda Prajongjai, was won relatively quickly. The Indonesians barely did a thing wrong on Sunday. Once the final point was won, the emotions, held in check until then, burst forth.

“I still cannot control my feelings, what’s going on in my head, but I’m very focussed, especially in training and tournament, and when I entered the court I felt some super power from above, from him. So I want to say ‘thank you’ to him for everything.”