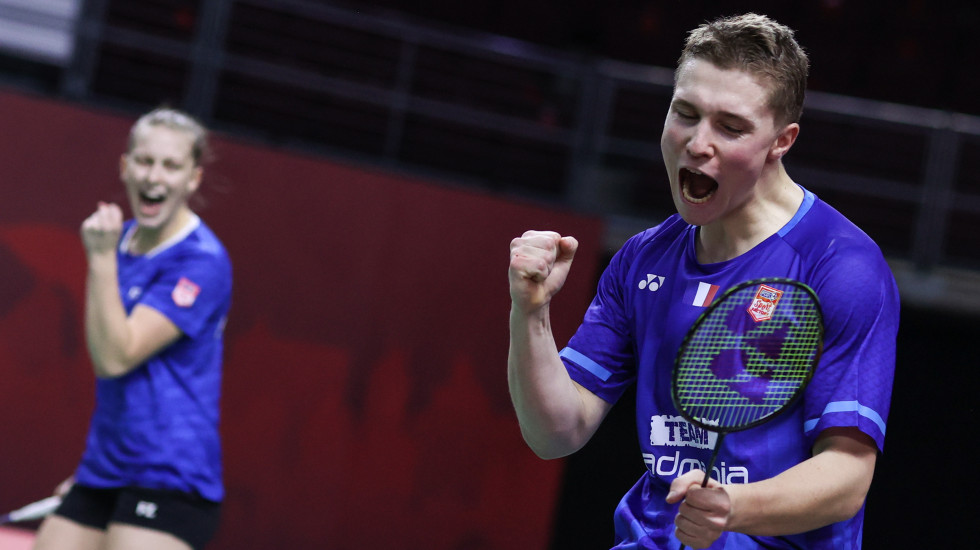 The magnitude of their accomplishment – a rare French presence in the semifinals of a World Tour Super 1000 event – was not uppermost on the minds of Thom Gicquel and Delphine Delrue when they closed out their semifinal at the YONEX Thailand Open in straight games. 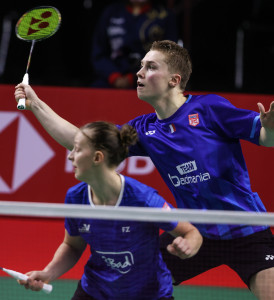 That they beat Mark Lamsfuss and Isabel Herttrich – champions at last October’s DANISA Denmark Open – 21-19 21-18 didn’t appear to impress the young French duo. Instead, they were bothered by their inability to up their own level.

Rather interestingly for two top European pairs, Lamsfuss/Herttrich and Gicquel/Delrue have met but once – at the Azerbaijan International in 2019, a contest that the French won. Lamsfuss and Herttrich have been the more high-profile pair in recent years, while Gicquel and Delrue have only just started making inroads.

The two pairs are somewhat familiar with each other, as the French trained in Germany for a short period last year.

“I think we were stressed before the match, we didn’t start very well, maybe we put pressure on ourselves,” said Delrue. “The German pair was hard to play because there were no long rallies and it was always short, so a lot of pressure, and we didn’t do well. They had a good plan, I think.”

What was eventually significant was their ability to pull off the win despite not playing their best.

“It was not a good level, but to win this gives us confidence,” stated Gicquel.