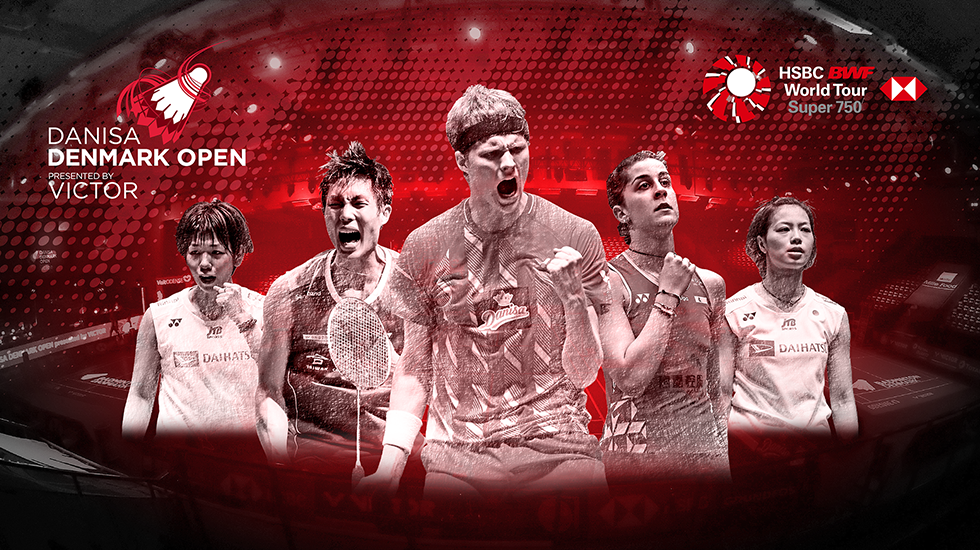 These were devised based on recommendations from the Danish government, health authorities and host organisers, and aim to shield competitors and core tournament personnel from direct contact with the outside world; and within the competition space, to minimise interaction and thereby negate the risk of transmission of COVID-19.

Upon showing a negative result, they entered a bubble system or Green Zone and must follow guidelines and restrictions related to the bubble system for the rest of the tournament. They will be subject to another test during mid-week and regular temperature screenings at the hotel and venue.

It is important to note that this bubble system does allow athletes to move in a limited way outside the hotel and venue (see details below).

Any participant who tests positive will be quarantined and contact tracing and isolation quarantine measures will be implemented under the guidance of the BWF, Badminton Denmark and Danish health authorities. Players with confirmed positive tests or those required to undergo mandatory isolation will be withdrawn from the tournament.

Designated Green Zone hotels and shuttle services to and from the venue are in operation.

Players have been briefed to reduce contact with other participants and potential points of transmission by avoiding handshakes and receiving shuttlecocks from dispensers instead of service judges, as well as not interacting with the audience.

They are also required to enter and exit from Green Zone points, and have to follow a Green Zone path to access warm-up courts, practice hall or competition courts. Green Zone personnel are prohibited from going to other areas and accreditation cards have QR codes to help monitor and restrict movement.

The only media allowed to conduct socially distanced interviews live onsite with players are pre-approved, tested personnel from Host Broadcaster, BWF and Badminton Denmark. Interviews are to be done in accordance with strict protocols outlined in the Media Operations & Safety Procedures document including the mandatory use of masks and other sanitising equipment. Non-tested media will only be able to conduct interviews virtually.

Once outside the venue, players are encouraged to return to their hotel room, not socialise or go to crowded areas, and to stay in as much as possible during their time in Denmark. Players will have access to meals at their hotel or by ordering via food delivery service JustEat.

However, if players wish, procedures are in place to allow them outside into safe, non-congested areas in Odense City to exercise and buy food and groceries provided they follow all associated safety protocols related to such movement.

A green route has been marked on a map showing suitable places to walk or run and there is a list of pre-approved restaurants cleared for catering takeaway meals and even one with a private room where players can eat onsite.

These strict BWF Covid-19 Safety and Health protocols were created for a reason and we are confident the tournament will run smoothly and safely for the benefit of all players and participants involved.