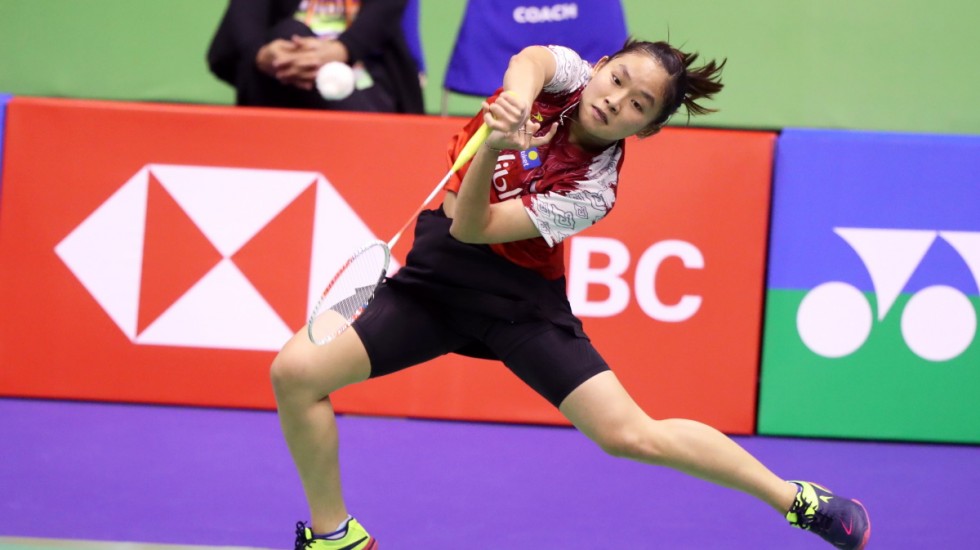 Ruselli Hartawan made her first top-tier quarterfinal today, beating An Se Young in the second round of the YONEX-SUNRISE Hong Kong Open 2019.

World No.35 Hartawan, whose previous best at a Super 500 event was the second round of the Singapore Open and the Indonesia Masters, held off An in two tight games, 21-18 21-19. The Indonesian, who was promoted to the main draw due to the withdrawal of top seed Tai Tzu Ying, will next face USA’s Beiwen Zhang, who beat Cai Yan Yan 21-8 21-17.

“From the start I was ready for a long match, I knew what I had to do, and I applied it on court,” said Hartawan. “She has a dangerous overhead shot because the direction is unpredictable, but I was able to anticipate it.

“Right now her achievements are increasing, while mine are declining. But I try not to think about this. I did not think I could win in straight games.”

The surprise in women’s doubles was the defeat of eighth seeds Kim So Yeong/Kong Hee Yong at the hands of Denmark’s Maiken Fruergaard/Sara Thygesen. The Danes saved two game points at the end of a hard-fought second game to take the match 21-13 22-20.

They will expect a stiffer test ahead, as they face Li Jun Hui and Liu Yu Chen for a place in the semifinals.