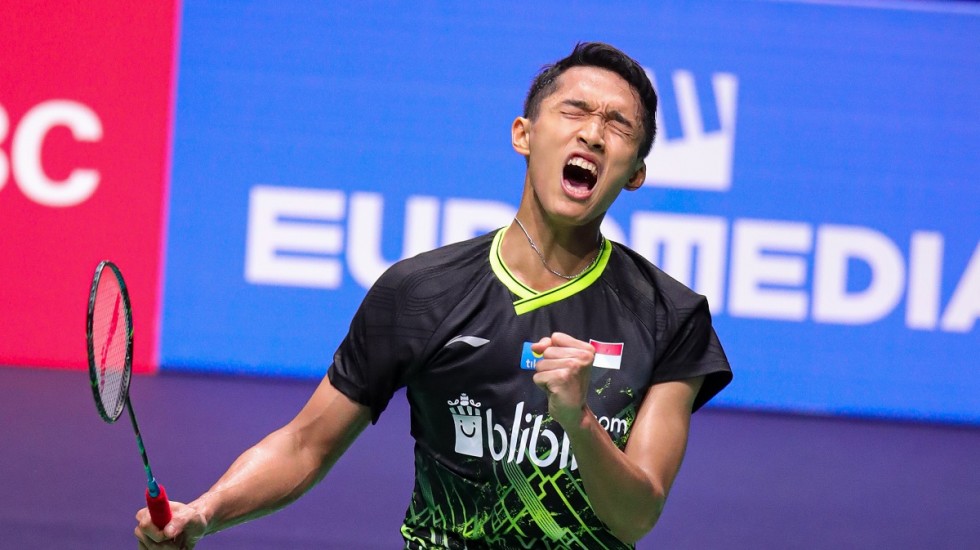 Christie holds the aces against an injured Axelsen.

The Dane suffered severe cramp in both legs during the third and deciding game, unable to move more than a couple of feet on court as Christie rallied from 19-10 down to score a memorable victory.

Axelsen then collapsed backstage as he was about to deliver his post-match interviews.

“It’s tough when you can’t move more than a few steps. When the legs started to cramp I simply couldn’t do anything,” he later said.

“Credit to [Jonatan] Christie though. He deserved to win. He played at a high pace and made no mistakes.”

It brought to an end a fascinating contest in which the momentum shifted many times.

Axelsen cruised through the first 21-7, before Christie played with greater patience and depth of shot in the second, extending the rallies and piling on the pressure to take it 22-20.

The third had it all with a clear no-call by the umpire on a net fault from Axelsen at 7-5 sending things the Danes way.

Christie pleaded with the umpire to change his mind but to no avail. The two players even discussed the matter behind the umpire’s chair. The point stood though and Axelsen subsequently won 14 of the next 19 exchanges to all but seal the deal.

However, with his opponent’s cramps getting worse, the Indonesian slowly ate away at the lead. The rallies became longer and Christie did his best to manoeuvre Axelsen around the court. The margin whittled down as the Dane looked helpless to the change in his physical condition.

At 19-15 he called the doctor but that only prolonged the inevitable as Christie surged over the top to take it 21-19 progress to his fourth final of 2019.

“I’m very grateful. When Viktor led 19-10, I knew he had cramp. I just tried to play long rallies. I never wanted to be the one who attacked first, just lob and drop shots. That worked well for me,” he said.

“I was again disappointed with the first game. I made too many mistakes. But I was aware Viktor’s stamina was not that good because of his asthma and the fact he played quite a few matches last week. So, I kept trying, never gave up and was able to get the win.”

Christie now takes on defending champion Chen Long for the title. He has an uphill battle with China’s Olympic gold medallist undefeated in their seven meetings.