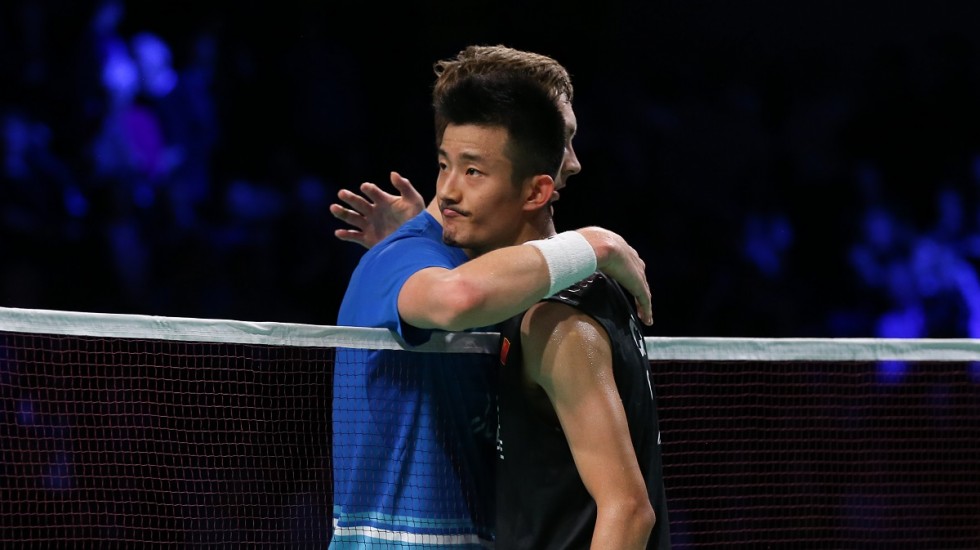 It seems Chen Long has found the balance between family and badminton.

It’s been a quiet period for Chen Long by his lofty standards as he adjusts to life as a father. Zero victories in all of 2019 is a far cry from his time dominating at the top.

So, what’s the secret to his resurgence?

“I have something more to fight for now,” said 30-year-old Chen.

Earlier in 2019, Chen and his wife, former player Wang Shixian, welcomed their first son. In Changzhou, Chen hinted it had been difficult to balance both badminton and family.

“My performance lately has been average. I can’t say I don’t want to compete. Family and badminton are both important.”

But yesterday it was clear the family addition has certainly spurred him on to achieve greater things on the badminton court.

“Before it was for myself and my own pride and for my country. And now that I have a family and a little baby, I want to be responsible and make my baby proud.

“There’s something more in my life and something extra I want to fight for so I have more energy and motivation in everything I do,” he said.

His enthralling three-game win over Viktor Axelsen at the DANISA Denmark Open 2019 last night indicated that he is nearing the type of form that saw him claim gold at the Rio 2016 Olympics.

His precision and depth of shot late in the piece against Axelsen was a privilege to watch.

“It’s the tightest game that I have had with Axelsen. I love playing here at this tournament and we both managed to give the crowd a great match,” said Chen.

Axelsen himself certainly knew he was witnessing a new level to Chen’s game. At 12-4 up in the third, you would have expected Axelsen to go on and win in front of his home crowd.

Viktor Axelson and Chen Long on court, who is going to challenge Momota for the crown? 👑

And while some may say he struggled to manage the expectation down the track, Chen’s ability to take control away from the Dane’s racket was a deciding factor.

“Chen Long has shown over the last few tournaments that he is getting better and better,” said Axelsen post-match.

“Of course, I’m really disappointed because I really would have loved to have played in the final tomorrow but it wasn’t to be and Chen Long was the better player.”

Chen now takes on world No.1 Kento Momota as he looks to atone for final losses at the Malaysia Masters and Malaysia Open earlier in the year.

It would be no surprise to see him pull out his first major victory since the French Open last season. The speedy conditions in Odense are certainly to his favour.