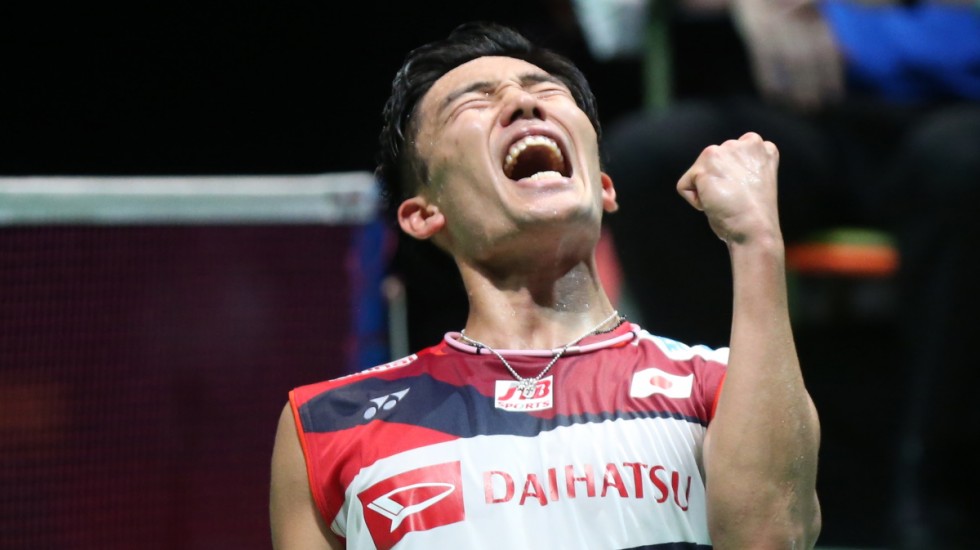 Momota relied on his percentage game to frustrate familiar rival Anthony Ginting, setting the stage for his compatriots Nozomi Okuhara, Akane Yamaguchi, Misaki Matsutomo/Ayaka Takahashi, Mayu Matsumoto/Wakana Nagahara and Takeshi Kamura/Keigo Sonoda to join him in the semifinals. The only other reverse for Japan was in men’s doubles, with Hiroyuki Endo/Yuta Watanabe beaten by Li Jun Hui/Liu Yu Chen.

When Zheng and Huang recovered from 15-17 in the third to equal at 18, thanks to a netted serve from Widjaja, it appeared the Chinese would ride on the momentum to take the match. However, it was Indonesia’s day, with Zheng making an uncharacteristic defensive mistake to give the Indonesians match point. Faizal, who had a great match, then played an unplayable net shot, with the shuttle dying off the tape.

“Even until the end, we weren’t sure we could beat them, but we put aside all negative thoughts,” Widjaja said.

Indonesia were assured of presence in the mixed doubles final, with Praveen Jordan/Melati Daeva Oktavianti setting up a semifinal date with compatriots Faizal/Widjaja. Jordan/Oktavianti blew past Thailand’s Dechapol Puavaranukroh/Sapsiree Taerattanachai 21-15 21-15.

Indonesia will hope for a repeat of last week’s final in men’s doubles, with Mohammad Ahsan/Hendra Setiawan and Marcus Fernaldi Gideon/Kevin Sanjaya Sukamuljo making the semifinals in different halves.