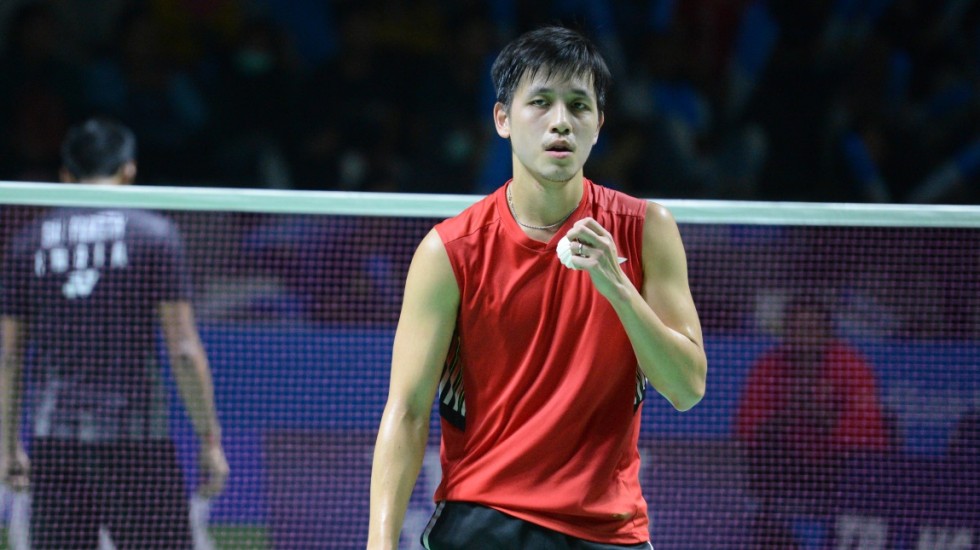 Wong Wing Ki finally felt free of his injury troubles as he beat Sai Praneeth in the first round.

Inspired at being in the land of his forefathers, Hong Kong’s Wong Wing Ki scored a morale-boosting 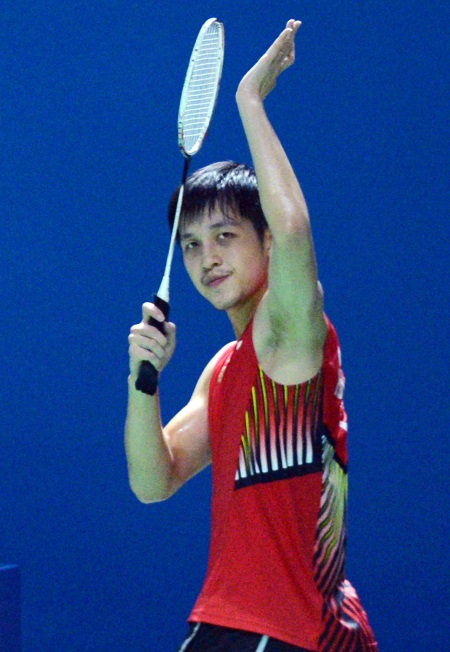 opening round win over India’s Sai Praneeth at the BLIBLI Indonesia Open 2019 today.

After months of deflating early-round defeats due to an ankle injury, Wong was relieved that he finally felt fit again as he negotiated his difficult opponent.

For a year now, Wong has fallen in the first or second rounds. A low point for the former world No.10 was losing the opening qualifying round of the Singapore Open in April; in eight tournaments before arriving in Indonesia, he’d been able to win only three matches.

“It’s been a long time since I won,” Wong said. “I had an injury in my right ankle, a tendon tear, and it was quite serious. I couldn’t jump, I couldn’t play. I underwent treatment with a physio for almost half a year. I was playing many tournaments, but I couldn’t perform to my ability. But I met a good doctor this year and he treated me very well. Now I’ve fully recovered.”

Wong was born in Hong Kong to parents who hailed from Indonesia. He has kept his roots alive by maintaining the relationship with both his parents’ families.

“Today, my feeling is quite complicated. This is my second hometown and I came back and got my first win,” reflected Wong. “I have a deep connection with Indonesia. When I come here it’s like I’m back home.”

Indeed, Wong’s last significant result was at the Asian Games in Jakarta, where he beat Kidambi Srikanth and Wang Tzu Wei on his way to the quarterfinals, before falling to eventual champion Jonatan Christie.

The prolonged struggle with recovery prompted self-doubt and thoughts of retirement. It was his family that inspired him to keep going. “It was quite difficult to lose in qualifying (in Singapore). I found it hard to win; I couldn’t play my attack, my full game. The whole year was disappointing. I kept talking with my coach, (wondering) should I retire, should I keep going, but my family supported me, they said keep going, keep chasing your dream. My family is my back-up.”

Currently ranked 37, Wong’s immediate goal is to get to the top 32, which would help him avoid the qualifying rounds of the top-tier events. He plans to play smaller events and improve his ranking. Today’s win, he said, was important for the ranking points he would gain.

Wong hasn’t won two matches in a row since August 2018; tomorrow his face-off against younger compatriot Lee Cheuk Yiu will decide if he has finally put the recent string of early defeats behind him, in a city that he holds so dear.