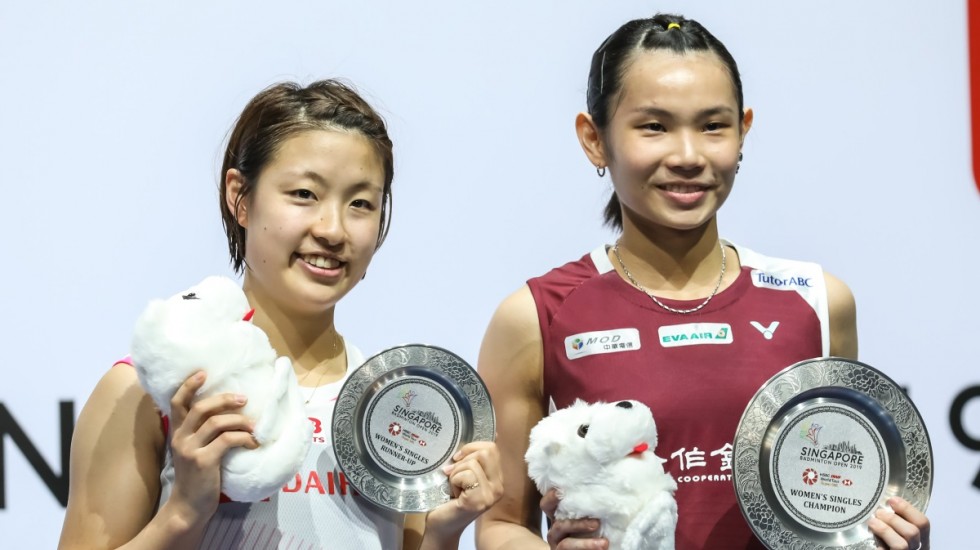 Ginting threatened to run roughshod over Momota as he blitzed the All England champion in the opening game of the men’s singles final, with Momota struggling to counter his opponent’s speed and sharp smashes.

Ginting continued to pour on the pressure in the second, but Momota starting anticipating the attack better, and with the rallies getting longer, the Indonesian started to feel the exertion. Momota caught up from 11-16 down; the end of the game saw a great rally in which the Japanese stubbornly defended a series of smashes to go up 19-17.

Once he had taken the game, the momentum shifted Momota’s way, with Ginting unable to maintain precision on his smashes and Momota’s percentage game helping him establish a stranglehold on the proceedings.

“This was a match I was losing,” admitted Momota. “Ginting was playing at a higher level in the beginning, but possibly he started getting tired later on and that gave me opportunities.

“This is the place I won my first big title (Singapore Open 2015). Everything changed for me after that, so I’m happy to win here once again.”

It was a near-flawless performance from Tai, who, unlike her sometimes playful self on court, brought a degree of ruthlessness to bear today. It was a businesslike approach from start to finish, and it gave nothing for Okuhara to work with.

The Japanese did little wrong. She had her running shoes on and chased every shuttle; she erased deficits in both games. But Tai’s greater shotmaking ability helped her create openings were none existed, and her control was so good that several of her lifts to the baseline landed unerringly on the line, causing Okuhara to look despairingly at her coaches.

“She was speedy and skilful, so I had to be cautious. Her timing is so good. She kept me waiting on every shot. She put a lot of pressure on me and I made a lot of mistakes,” said Okuhara.

Tai shrugged off the enormity of her accomplishment. “It has been long since I played Okuhara. She isn’t easy, she’s great at running, so I had to be prepared for a long match.

“I am very touched by the support of the fans here, who cheered for me from the first day until today’s final.”