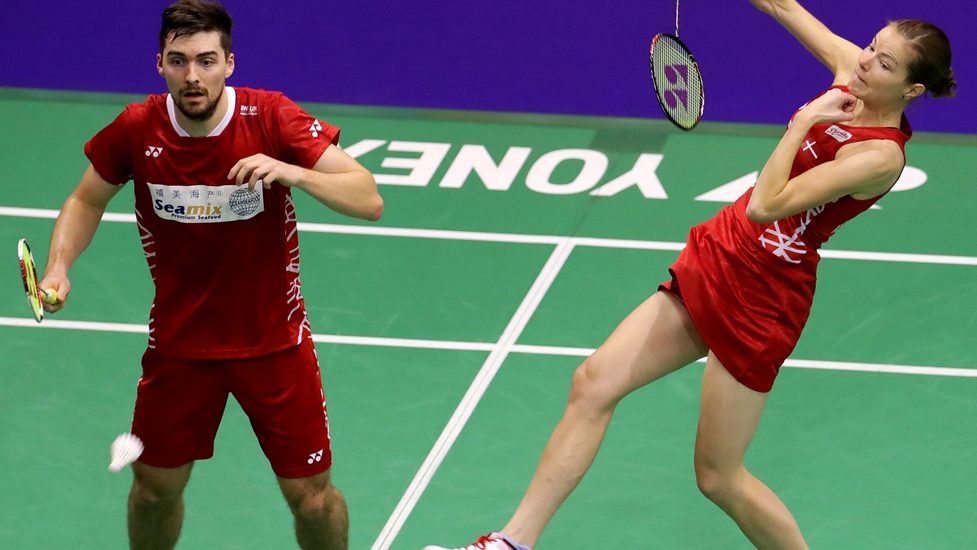 Three notable seeds tumbled out of the Mixed Doubles first round at the YONEX-SUNRISE Hong Kong Open 2018 today as players set their sights on finishing the HSBC BWF World Tour season strongly.

Gone on the first evening of action at the Hong Kong Coliseum are the Nos. 4, 5 and 6 seeds in the

The latter fell to England’s husband-and-wife combination, Chris and Gabby Adcock, 21-19 21-16, while the Chinese were undone by Ronald Ronald/Annisa Saufika of Indonesia (21-14 21-15) in just 28 minutes. In a match of fine margins, the Danes were shown the exit by the Chinese Taipei partnership of Lee Yang/Hsu Ya Ching, 23-21 22-20, squandering a game point in both games.

Meanwhile, another Malaysian pair – Tan Kian Meng/Lai Pei Jing – survived a tough test from Chang Ko-Chi/Cheng Chi Ya. The winners had to come from a game down to oust their Chinese Taipei opponents, 20-22 21-17 21-18. There were also three-game victories for Wany Yilyu/Huang Dongping of China; Satwiksairaj Rankireddy/Ashwini Ponnappa of India; Praveen Jordan/Melati Daeva Oktavianti of Indonesia; and Yugo Kobayashi/Koharu Yonemoto of Japan. The latter got the better of their team-mates Yuki Kaneko/Misaki Matsutomo (21-19 11-21 21-19) while Jordan and Oktavianti survived – 18-21 21-15 21-15 – against local contenders, Chang Tak Ching/Ng Wing Yung.

Earlier in the day, players and pairs in all categories except Women’s Doubles advanced from the qualification round to the main draw which continues tomorrow.