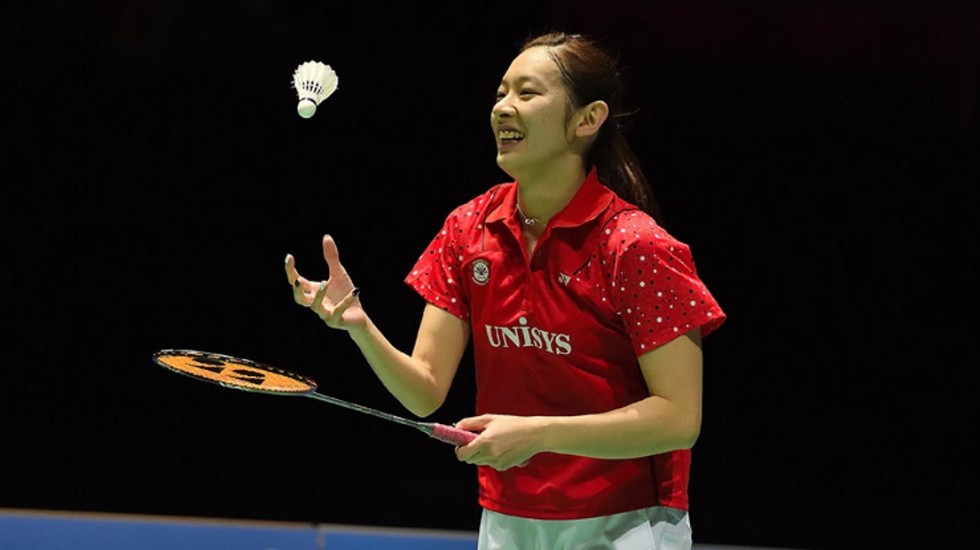 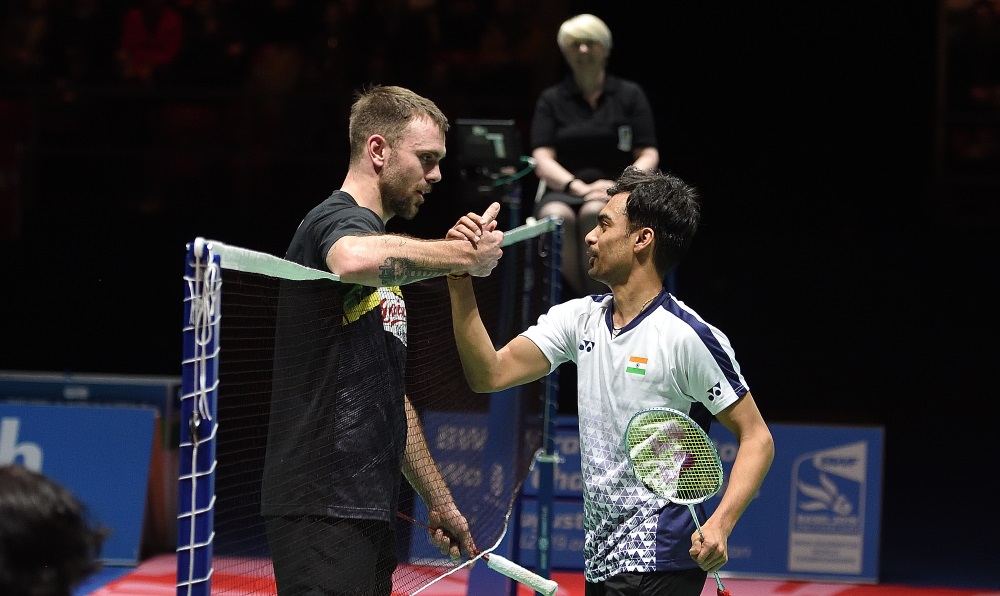 Sameer Verma enjoyed a strong run through the tournament, starting with the first round where he beat France’s Thomas Rouxel, followed by Japan’s Yu Igarashi, and notably, Kento Momota in the quarter-finals. Thailand’s Kantaphon Wangcharoen took a game off Verma in the semi-finals but the Indian cruised through in the end, 21-14 11-21 21-12. 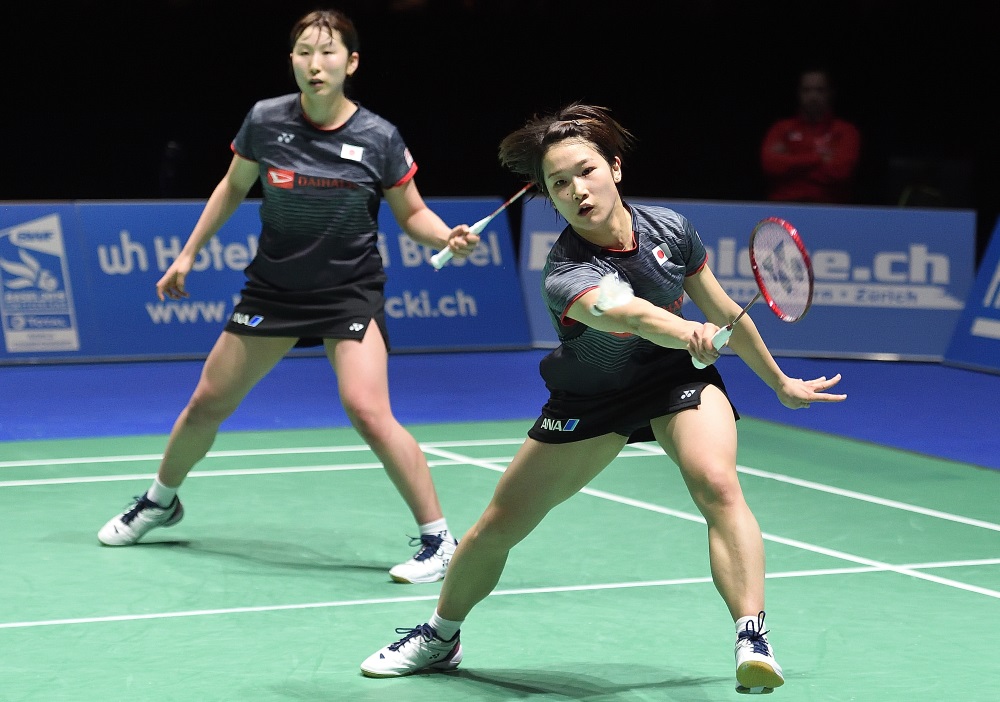 Jorgensen was in his second tournament in his comeback from injury – he played the European Men’s Team Championships the previous week – and chalked up some impressive wins, starting with Malaysia’s Lee Zii Jia in the first round, Iskandar Zulkarnain in the second, Thailand’s Suppanyu Avihingsanon in the quarter-finals and France’s Lucas Corvee in the semi-finals.

Japan continued their domination of the women’s events. Top seed Sayaka Takahashi (featured image) ran through the draw without dropping a game. Her opponent in the final, Natsuki Nidaira, had beaten Denmark’s Mia Blichfeldt in the second round and Spain’s Beatriz Corrales in the quarter-finals. 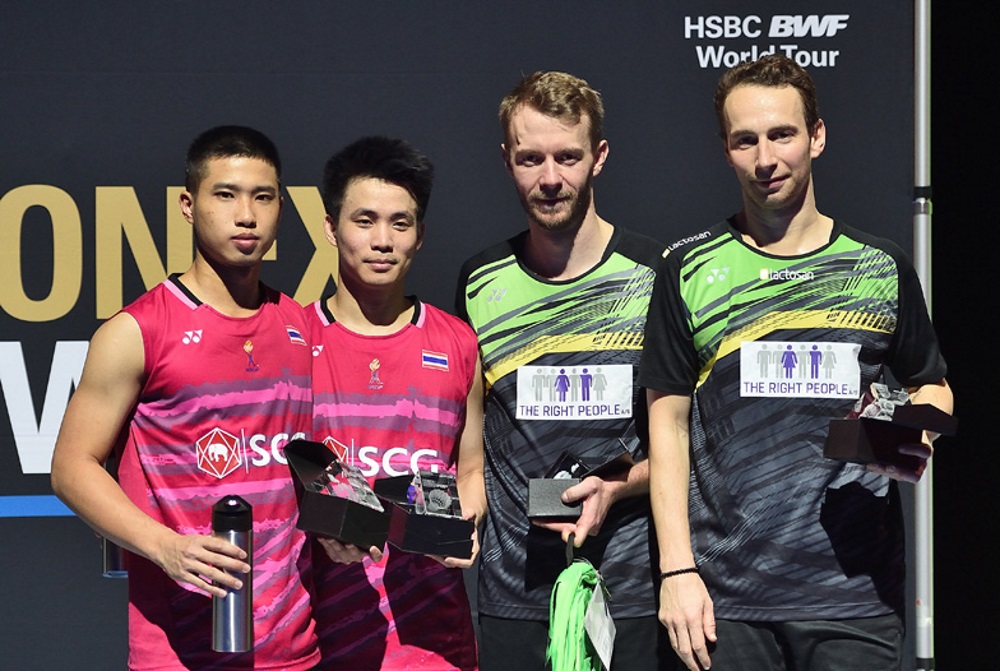 In Women’s Doubles, unheralded duo Ayako Sakuramoto and Yukiko Takahata held off top seeds Stefani Stoeva/Gabriela Stoeva 19-21 21-15 21-18 in the final. The young Japanese withstood a strong challenge from another Japanese pair, Nami Matsuyama and Chiharu Shida, in the semi-finals before coming through 21-18 18-21 21-18. Their victims earlier in the week included Denmark’s Maiken Fruergaard/Sara Thygesen in the first round, Germany’s Isabel Herttrich/Carla Nelte in the second, and Dutch duo Selena Piek/Cheryl Seinen in the quarter-finals.

The top seeds faced their toughest test in the quarter-finals from compatriots Niclas Nohr/Kasper Antonsen, but survived the challenge comfortably in the end, 21-15 16-21 21-14, before outclassing Olympic bronze medallists Chris Langridge/Marcus Ellis (England) in the semi-finals 21-15 21-14. 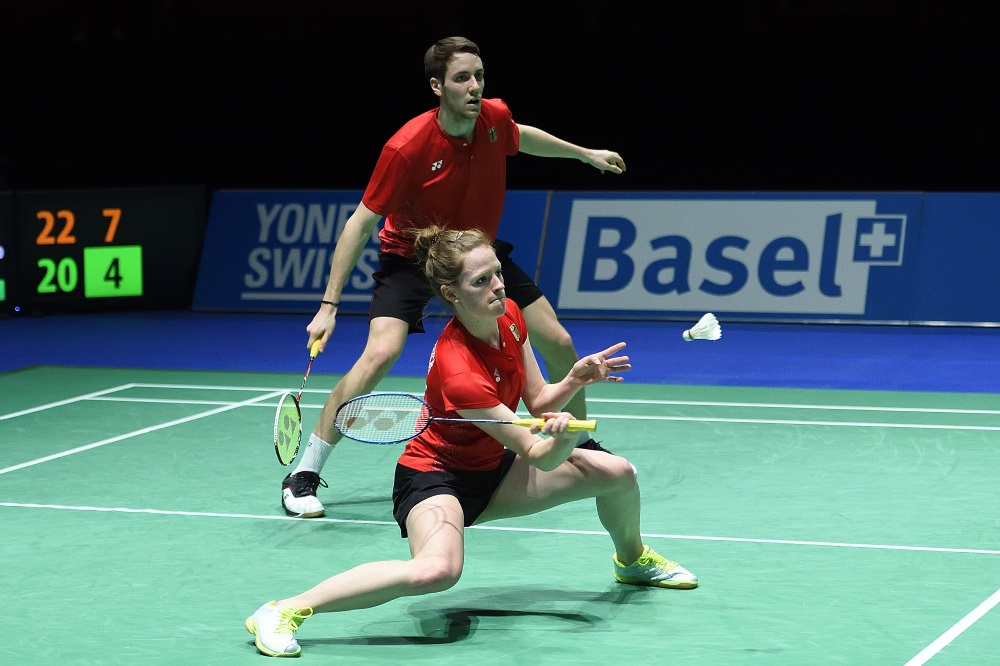 The Mixed Doubles final was a close affair, with Germany’s Lamsfuss and Herttrich edging ahead of England’s Marcus Ellis/Lauren Smith 22-20 21-19. The top seeds had earlier in the week survived a close call against Dutch pair Ruben Jille/Imke Van Der Aar 17-21 21-18 25-23 in the second round. Compatriots Jones Ralfy Jansen and Carla Nelte had also tested the top seeds in the semi-finals before going down 21-16 22-20.