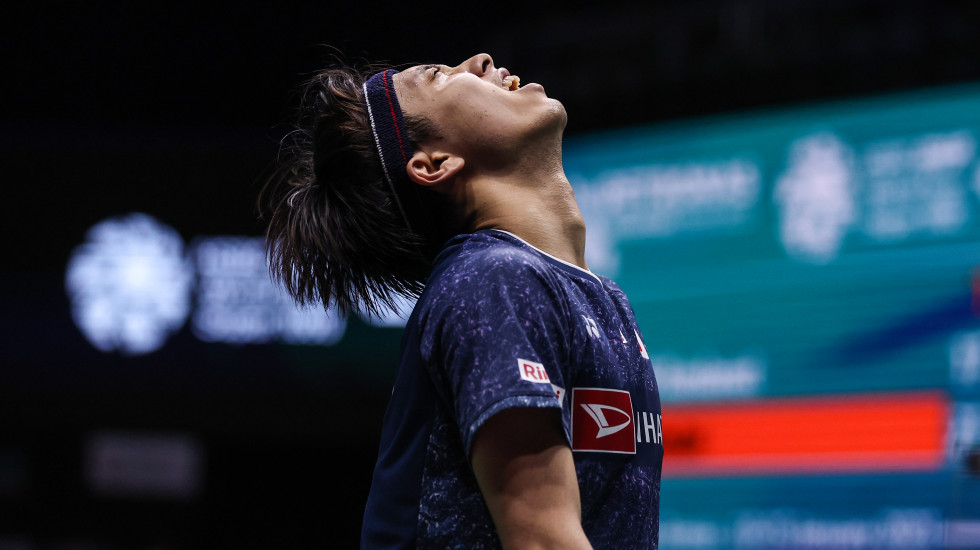 Through to his first Super 1000 final and fast becoming a badminton soldier, Kodai Naraoka laughed off suggestions a lengthy men’s singles final is on the cards after clinching a one hour 53-minute slugfest against Kunlavut Vitidsarn 21-17 19-21 21-17 at PETRONAS Malaysia Open 2023.

After playing the longest match of the day, it was a wonder he could still stand up and entertain interview requests. All his matches this week have gone to a deciding game and past the hour mark, testing the Japanese shuttler’s endurance.

“So far, I’ve come through long matches, and I always think in such situations, I must win,” said Naraoka, still smiling and laughing after the gruelling win.

“In the third game, after 15 points, Kunlavut was making mistakes, and that was the point I knew I could win. Kunlavut’s strengths are his net shot placements and at front court, so I tried playing to his backhand as much as possible. This was a hugely physical match over a mental one.”

The popular shuttler will face off against Viktor Axelsen for the title.

The pair met at the HSBC BWF World Tour Finals 2022 when Axelsen was pushed to the limit by the Vietnam Open 2022 winner, almost ending his campaign. The Olympic champion said it was “my toughest match of the year”, after coming through in three games. The head-to-head lies favourably in Axelsen’s court, 3-0.

“They’re not an up-and-coming pair, they have arrived. We saw them play in Indonesia. I’d compare them to Cai Yun and Fu Haifeng. They have plenty of tools in the box. They are steady, calm, and have power.” – Satwiksairaj Rankireddy‘s thoughts on Liang Wei Keng and Wang Chang.