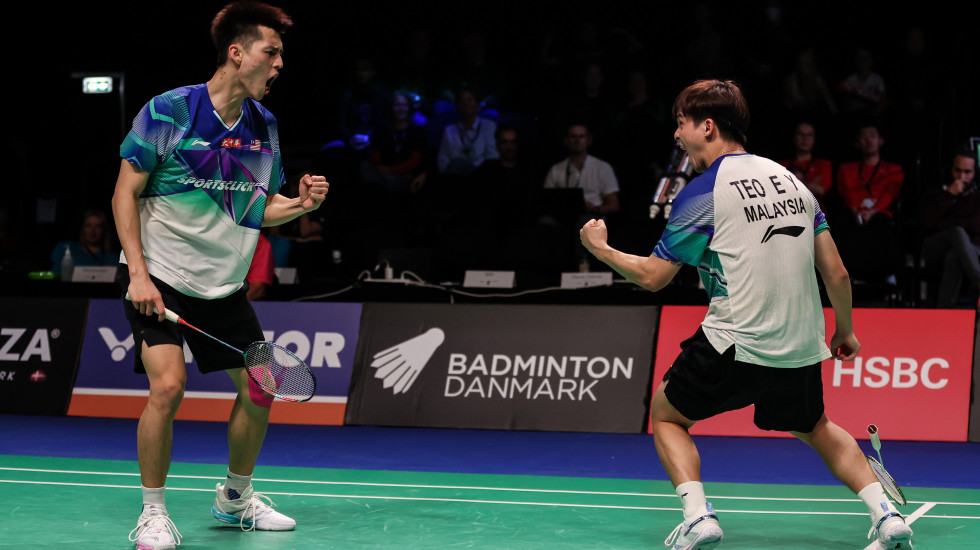 Best Yet to Come: Ong & Teo

“My best memory of 2022 was when my baby boy, Arthur, was born,” revealed Teo Ee Yi when asked to reminisce on last year.

“That was a very special moment, as we were playing the French Open at the time when my wife was due to give birth, and I was hoping that she could wait for me to return home, but I’m just happy that they were both okay and it was a lovely welcoming present when I arrived. Being a father means a lot to me, you want your children to look up to you and it definitely motivates me to keep doing my best for him and for Yew Sin, too,” remarked Teo about his son and his eight-year partnership with Ong.

“I remember buying his baby some cute items at the Paris Saint-Germain stadium,” laughed Ong and he remembered his time in the French capital, fondly.

For the pair, landing a coveted third-time spot in the HSBC BWF World Tour Finals 2022 is what filled them with excitement and vigour.

“Playing in Bangkok, and making it into the tournament, was much more challenging for us as a pair and probably one of our biggest achievements of the year,” smiled Ong, following their exit at the semifinal stage in Thailand.

While the pair made great strides to qualify for the season finale event after good performances at the French Open, Malaysia Open and the Australia Open, at the tail end of the 2022 tournament calendar, they admitted that things didn’t start as well as they had hoped.

“I think we weren’t where we wanted to be at the start of 2022, particularly for the European leg from the All England, German Open, etc. It just wasn’t working well enough. We couldn’t finish matches or our game plan how we wanted to. There was some confusion when we lost matches and that’s where some of our biggest disappointments lie. You haven’t seen the best of us yet,” the 27-year-old said.

“We haven’t reached our peak yet, we’re proving we can play at a high level and take on the big opponents and we only want to keep improving ourselves. We’re a really good combination with Teo at the front, but perhaps we can work on our defence and rotations. We know we can be better.”

“We want to be more mature on court too,” added Teo. “The first tournament of the year is a home tournament for us and we’re really excited.”

“It’s always fun to play at home, the crowd is also pumped, it’s like a football match, with a home advantage with the number of supporters  – haha (sic).”

The duo are looking to better themselves at the PETRONAS Malaysia Open 2023 where their best result was a quarterfinal spot in 2022. They face Ren Xiang Yu/Tan Qiang in the opening round in what will be their first encounter.