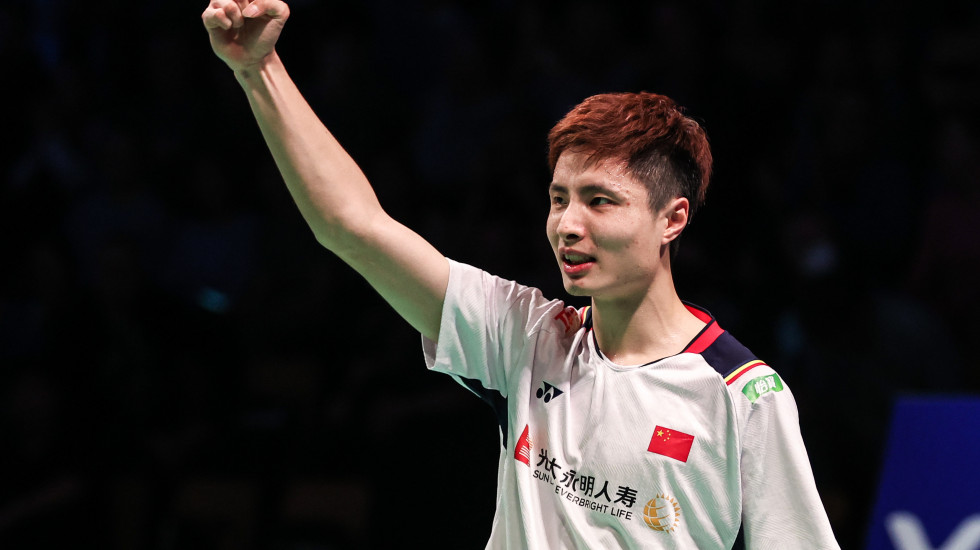 Denmark Open: ‘I was Close to Tears’

It was three years ago that Shi Yu Qi last won a title – at the Swiss Open.

And so, he struggled to hold back his emotions after coming through three games to defeat Lee Zii Jia for his first HSBC BWF World Tour Super 750 title at Denmark Open 2022.

“It’s been three years since I made a final so I’m pleased. My first big test was the World Championships and playing Lee. In Denmark, I passed.”

The final saw two of the strongest attacking players battle it out, and it was deft net plays and monster mentality that was key to taking the title, according to Shi.

“We are both offensive players. The shuttles were quick in the stadium so it all came down to our mental status.”

Lee looked fatigued in the decider, with the Chinese capitalising on drift, control and pace of match.

“I was surprised how things played out in the third game, especially when I started on the more difficult end, it was hard to control the drift, so my tactic was to keep up with Lee until the change of ends, and hit big with the drift.”

The 2018 All England champion admitted his confidence is at “90 per cent” following his win in Odense. Pressed on how he plans to celebrate, he said: “No party. I need to wash my clothes, take a shower, pack for Paris and get a good night’s sleep.”

Coming into the tournament, the 26-year-old’s target was to improve his ranking of 44th. The big question – is Shi Yu Qi back?

“Not just yet. I always strive to be in my best condition. I’ll keep trying.”

Runner-up Lee said: “Instead of moving Shi around the court, I felt tired. Shi was also tired, but he’s more experienced in controlling the conditions. I lost my focus in the last game, with the change of ends, Shi played many attacking shots.”

Looking to make amends at YONEX French Open 2022, the 24-year-old acknowledged his “good start” in Denmark and would look to “maintain his performance and condition” in Paris and Germany (HYLO Open 2022).

“Good that I didn’t think about it before entering the court. Otherwise I would have been nervous.” – Chen Qing Chen about losing their only Denmark Open final in 2019

“At match point, I noticed the roof of the stadium. I thought it looked great, so I took a moment and enjoyed it. I have done it three times this year to view the ceilings of different arenas and it’s a great thing.” – He Bing Jiao on her celebration