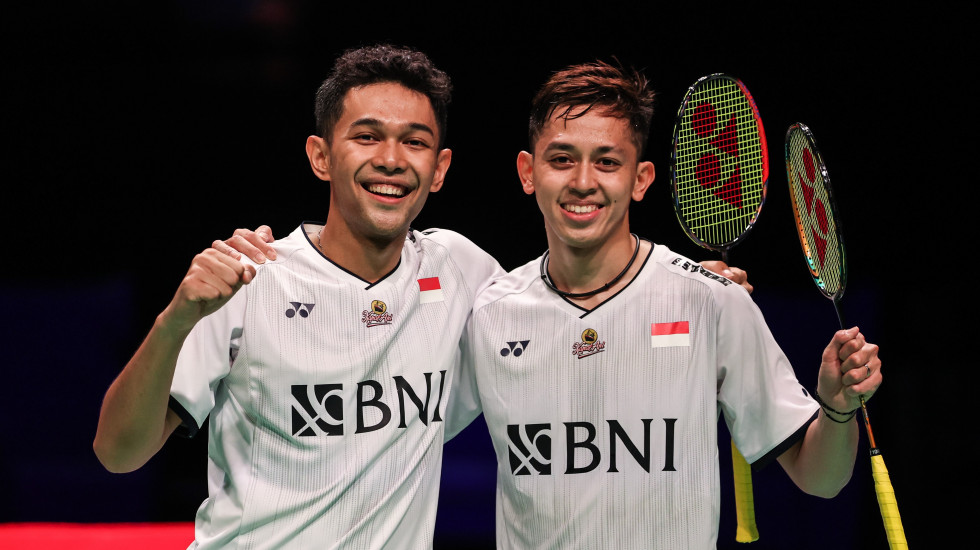 A below par start to the season, which saw exits by the quarterfinal stage at the German and All England Opens, caused Fajar Alfian and Muhammad Rian Ardianto to consider a mindset change.

Six months later, the Indonesians have four titles in the bag, with the latest coming at Denmark Open 2022 after a 21-19 28-26 win over compatriots Marcus Fernaldi Gideon/Kevin Sanjaya Sukamuljo at the Jyske Bank Arena. They have also played eight finals in that period, more than any other men’s pair this season.

“We didn’t expect 2022 to be this successful. We didn’t have the best of starts but we worked on being the optimal version of ourselves,” said Ardianto.

“A shift in mindset at the beginning of the year improved things for us. We were too eager to win titles and it backfired. We then decided we should focus on enjoying ourselves on court and started reaping the benefits.”

Prior to 2022, the world No.6s had never won more than two titles in a year. Alfian believes on-court happiness throws pressure out of the window and doubles the hunger to win.

“We want to add more titles, we don’t want to stop at four. This has been the best year for our partnership but we want the coming ones to be even better,” he said.

Ardianto added: “We won’t celebrate too long. There are more things to achieve, especially with the French Open coming. We need to keep our focus.”

So what’s the downside of beating teammates then?

“We always have dinner together. The winners must pay and treat the rest,” laughed Alfian.

Alfian and Ardianto return to the courts in Paris next week, against India’s M.r. Arjun and Dhruv Kapila.