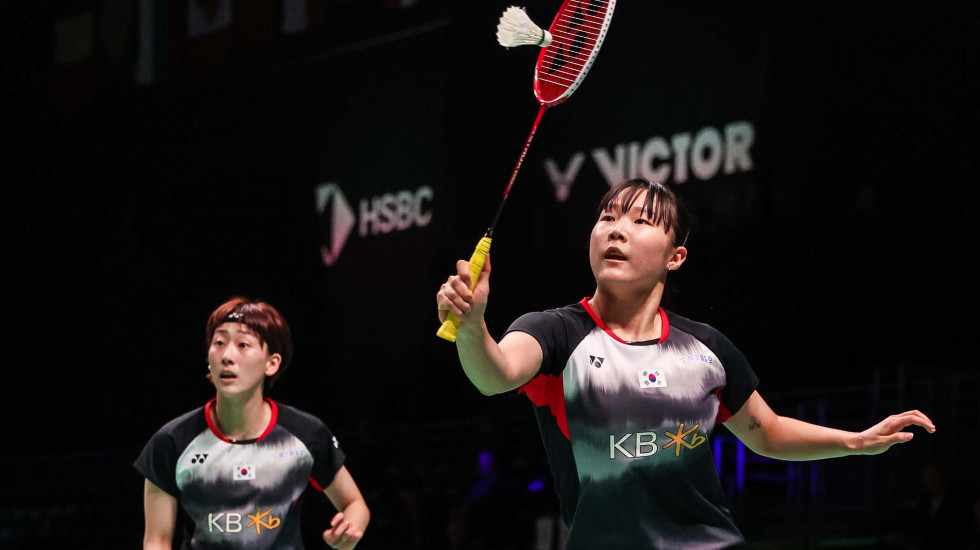 Denmark Open: A Week’s Enough for Lee and Baek

They trained as a pair only for a week but that was enough time for Lee So Hee and Baek Ha Na to work out how to outdo fifth-seeded two-time world champions Mayu Matsumoto/Wakana Nagahara in the Denmark Open 2022 presented by VICTOR first round.

The close first game, which ended 23-21 in favour of the Japanese, was a hint of what’s to come at Jyske Bank Arena. Lee and Baek stepped up a gear to take the second 21-17 and then another notch to win the decider 21-11.

“Novelty and unpredictability were our obvious strengths in this match. They wouldn’t have had much clue about us,” said Lee, who has not played with a different partner on the HSBC BWF World Tour for four years.

“Our defence was pretty good so they had a hard time breaching it with their attacks. That frustrated them massively.”

“We wanted something fresh. It’s good to get out of your comfort zone every now and then and try something new,” said Lee. “With Shin, I was more on the frontfoot, with Baek, I’m defending a lot. This will help improve my overall game.”

Baek, 22, agreed: “For me, it’s defence to attack, more speed in my play. I appreciate this opportunity as I’m learning a lot from an experienced senior.

“We practiced for about a week and now we are ready for the two tournaments.”