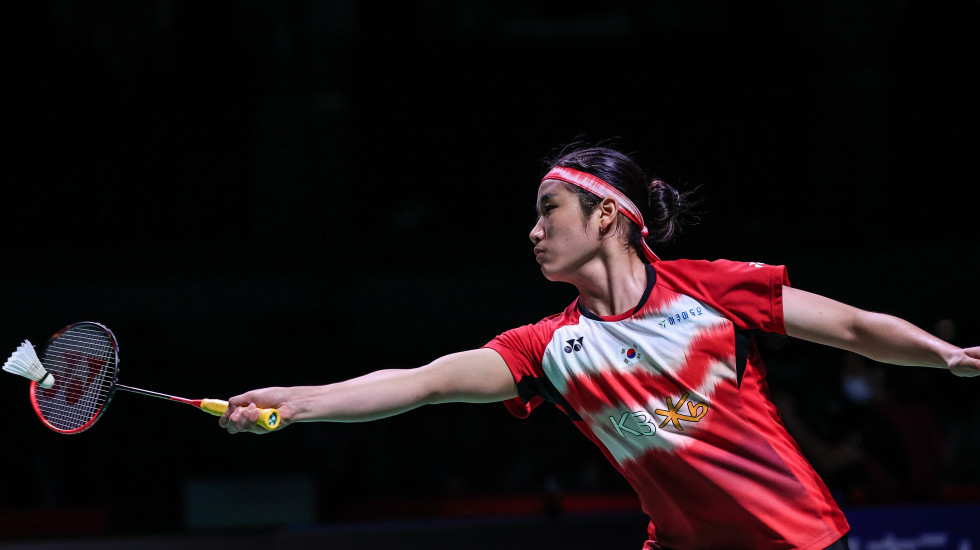 With An Se Young making her competition debut and a DAIHATSU YONEX Japan Open 2022 semifinal place up for grabs, it was her matching confidence with last eight opponent Carolina Marin that the young Korean noticed most.

Overcoming mentality monster and two-time Japan Open champion Marin 21-18 13-21 21-17, the 20-year-old remarked how similar their on court attitudes have become.

“What me and Marin have in common is our confidence levels,” smiled An after an exhausting 74-minute match.

“My opponent is good at the back of the court, so I tried to counter her at the front and made fewer mistakes. Each match is difficult, the women’s field is strong and I’m always thinking about winning. I didn’t want to put too much stress on myself as I held five match points. I didn’t want to get too far ahead, just play my style.

“I’m happy to be through to the semifinals in my first appearance at the Japan Open.”

An will lock horns with world No.1 Tai Tzu Ying after the Chinese Taiper star overcame Ratchanok Intanon in straight games.

Winning 21-19 21-18 in what was their 32nd encounter, Tai was much more proactive in her frontcourt approach but admitted coming into the match relaxed.

“I didn’t have a strategy,” she said. “I didn’t adjust my playing style either, but it was still hard. I want to improve my shuttle control since I’ve adjusted well to the playing conditions of the hall.”