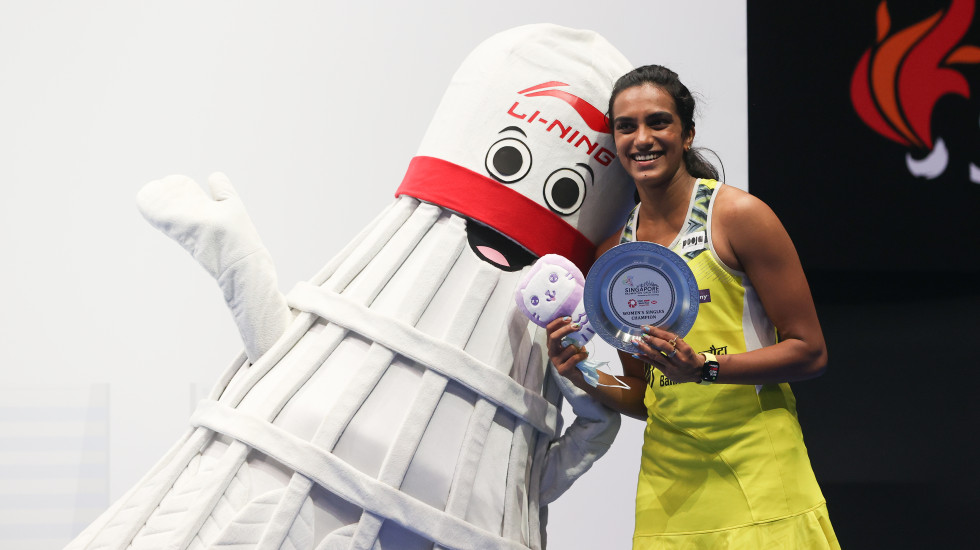 A third title of the year marking her most successful season on the HSBC BWF World Tour 12 days after turning 27 made the Singapore Open 2022 crown a tad glossier for Pusarla V. Sindhu.

“This is my first title as a 27-year-old so I can say this is a special one,” smiled the favourite who lived up to her billing as the third seed to overcome Asian champion Wang Zhi Yi in the women’s singles final 21-9 11-21 21-15. “Playing in Singapore after a long time too, this win means a lot.”

Pusarla won both her finals this season – the Syed Modi International in January and Swiss Open in March – although she has not progressed beyond semifinals at her last six events.

The Singapore triumph also comes after disappointing quarterfinal exits at the Malaysia tournaments in the last two weeks for the two-time Olympic medallist.

“They were hard-fought battles so it was a bit upsetting but each match mattered. And finally, I could get this win, cross that barrier. I hope this trend continues for the rest of the year,” said Pusarla, who added a bronze to her Rio 2016 silver in Tokyo last year.

The 2019 world champion also paid tribute to her team that has kept her fit and fighting through a testing period that saw the world No.7 compete in six tournaments over 10 weeks.

“It was important I stayed fit. I’m thankful to my trainer Mr.Srikanth because he’s been travelling with me to ensure I stay injury free. And of course my physio B. Evangeline and coach Mr.Park (Tae Sang). You must have seen how he celebrated with me.”

Another special guest rooting from the stands was her father P.V Ramana.

“I’m here because he’s always there to guide me. So overall, a great day. Time to go home, enjoy this win and relax before getting back to training,” concluded Pusarla, whose next assignments are the Commonwealth Games and the TotalEnergies BWF World Championships.