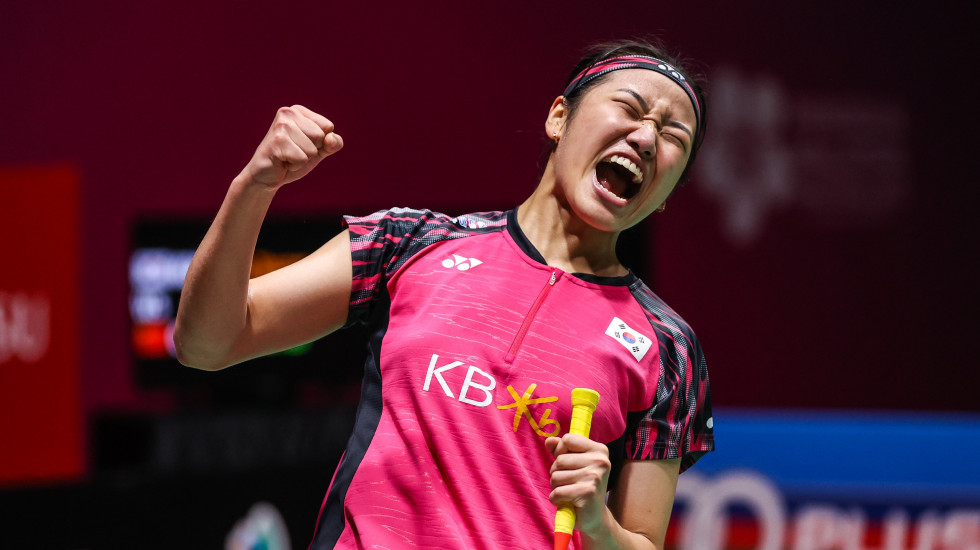 When the barrier fell, the floodgates opened. An Se Young, having failed in seven previous matches to beat Chen Yu Fei, finally succeeded in the final of the PERODUA Malaysia Masters 2022. Victory came in the unlikeliest fashion in the second game, with the Korean handing the Olympic champion not just a defeat but a rout. Chen, who got only five points in the second game, fell to one of her most one-sided defeats in recent times.

The rivalry between the two has simmered over the last few years. Four of their seven contests had gone three games, and their last, in the Uber Cup final in May, was an epic, with Chen saving three match points and winning in 91 minutes.

Aware that a high pace was to Chen’s liking, An wove a soft web, opening up for the harder shots only when she’d worked out a window. At the net she showed fine touch, getting the shuttle to die off the tape time and again. Chen struggled to catch up, and after the Korean had edged her in the opening game, the Olympic champion fell apart. An, who’d made a few errors in the opening game, barely made any in the second. It was a precise, finely-paced performance, unrelenting in pressure, giving Chen nothing to work with.

“I can’t believe I won this. It’s really surreal. I can’t sleep tonight!” said the champion, who won her year’s second title. “I lost many times to her. I learnt a lot from our past matches and studied her videos. Instead of thinking about beating her, I was focussed on improving myself. It was a battle over myself.”

Chen admitted she could not find her rhythm, and praised her opponent for her “brilliant” net play.

“I had opportunities in the beginning particularly in the first game but I failed to take my chances,” said Chen. “I have to get myself fit and my energy level up. There were many problems that I discovered over these four weeks, so I’ll need to analyse, improve and make some adjustments.

“The most important thing is to find my rhythm when I’m being controlled by my opponents and how to get out of the situation. For example, today my opponent was playing brilliantly at the net and I couldn’t gain any control. So I have to find a solution, maybe I need to vary my shots a bit more.”