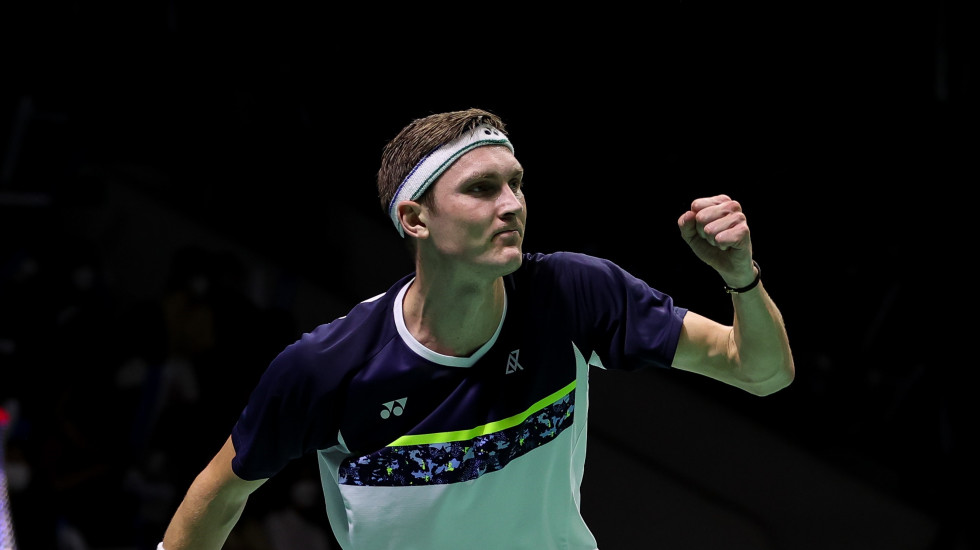 The most significant achievements from the EAST VENTURES Indonesia Open 2022 that concluded in Jakarta last Sunday:

Lee Zii Jia had a chance to do what no player had done in the previous 26 matches – beat Viktor Axelsen. Having saved four match points in a remarkable late turnaround, and holding match point of his own, Lee found just how hard it has become for any player to break Axelsen. The Dane didn’t given an inch, and duly completed his fourth title of the season.

Since losing to Lakshya Sen in the semifinals of the German Open in March, Axelsen has dropped just four games in 27 matches.

Tai Tzu Ying dismissed the very notion of “revenge” over Chen Yu Fei for beating her in the Tokyo 2020 final. The Chinese Taipei ace beat her a second successive time, in the semifinals of the Indonesia Open, after getting the better of her at the Thailand Open.

Yet, even as she continues to enchant audiences, her resolution to cut down on her errors made no difference. In the final, against Wang Zhi Yi, Tai leaked about a dozen errors in the opening game before getting her act together.

More Determined Than Ever

Zheng Si Wei and Huang Ya Qiong’s renewed zeal this season has been unmissable. After a few events with Ou Xuan Yi, Huang Ya Qiong returned with Zheng, and the pair have continued to set a scorching pace. Two titles in Jakarta followed wins at the Badminton Asia Championships and the Thailand Open. Also significant was their back-to-back victories over Olympic champions Wang Yi Lyu/Huang Dong Ping. “The loss in the Olympic final hurt us and made us determined,” said Zheng. “As they (Wang/Huang) are Olympic champions, the pressure is on them.”

New Stars on the Block

Given the way they played in the two events in Indonesia, Apriyani Rahayu and Siti Fadia Silva Ramadhanti could well be the next women’s doubles pair to watch. With their ability to win quick points and not depend on ponderous rallies, they are an exciting pair to watch.

In men’s doubles, new pair Choi Sol Gyu and Kim Won Ho delivered some spellbinding action, particularly on their defence, with a succession of acrobatic saves in intense rallies.

In heartening development for Japan, Sayaka Hirota appears to be well on her way to occupying the heights she was used to, before a knee injury at Tokyo 2020 laid her low. Hirota and Yuki Fukushima have progressed steadily since their comeback event at the All England where they fell in the first round. After making the semifinals at the Asian Championships and the quarterfinals at the Thailand Open, the Japanese duo were in sight of the Indonesia Open title, before being outplayed by compatriots Nami Matsuyama/Chiharu Shida in three games.

One of the most thrilling early encounters of the Indonesia Open was Singapore’s Terry Hee/Tan Wei Han Jessica against Olympic champions Wang Yi Lyu/Huang Dong Ping. The Singaproeans did everything but win the match; Wang/Huang were stretched to the limit but came away winners at 13-21 21-19 26-24, after saving two match points. It will be interesting to see how the rest of the season unfolds for the Singaporeans.

In the months following Tokyo 2020, with injuries to Sayaka Hirota and Wakana Nagahara, Japan might have felt a sense of frustration, but Nami Matsuyama and Chiharu Shida stepped up. Their performances over the last few months have been outstanding, particularly in the Bali Leg where they made three finals in three successive weeks. They have stayed consistent, winning the All England and the Thailand Open, and on Sunday they became the first women’s doubles pair to win three successive Super 1000 titles.