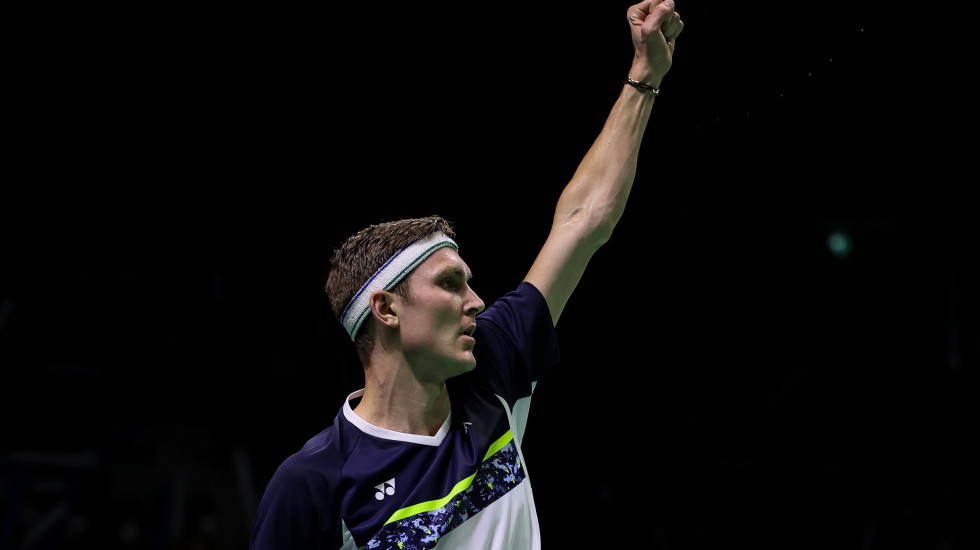 A seventh Super 1000 title from eight consecutive finals for Axelsen.

The Dane celebrated his second Indonesia Open title, and his 14th World Tour title overall, with an expectedly breezy win over Zhao Jun Peng, who was in his first major final. The world No.1 was too solid for the Chinese, needing just 38 minutes to close it out, 21-9 21-10.

“It’s a big dream of mine, winning such a big title here,” said Axelsen.

“I played very well today and followed my game plan. It feels amazing, it’s hard to describe how happy and proud I feel. Obviously you want to win the biggest tournaments – you want to win all tournaments – but the Super 1000 is the most important one. I’m really proud of how I came through in every single match and perform over the last two weeks, it’s not easy to play at this level on consecutive weeks, so I’m happy about that.

“I tried to come in aggressively and tried to control the drift the best way I could, and try to counterattack a bit. I have a bit of experience in these finals and today I tried to use that.”

Axelsen was particularly proud of how he’d handled the difficult semifinal against Lee Zii Jia, and the character it had taken to get through to the final.

“I’ve just tried to be consistent with what I do and what I know, what works for me, I try to improve step by step every single day and it pays off.

“For sure I had to dig really deep yesterday. Lee Zii Jia played an amazing match and it was an intense encounter. I’m really happy I pulled through and also win the final today, because I did use a lot of energy yesterday.”

China’s Liu Yu Chen/Ou Xuan Yi became the first men’s doubles pair from the reserves’ list to win a Super 1000 title. The Chinese, who were promoted to the main draw, beat Choi Sol Gyu/Kim Won Ho in a thrilling battle of quickfire exchanges, 21-17 23-21.