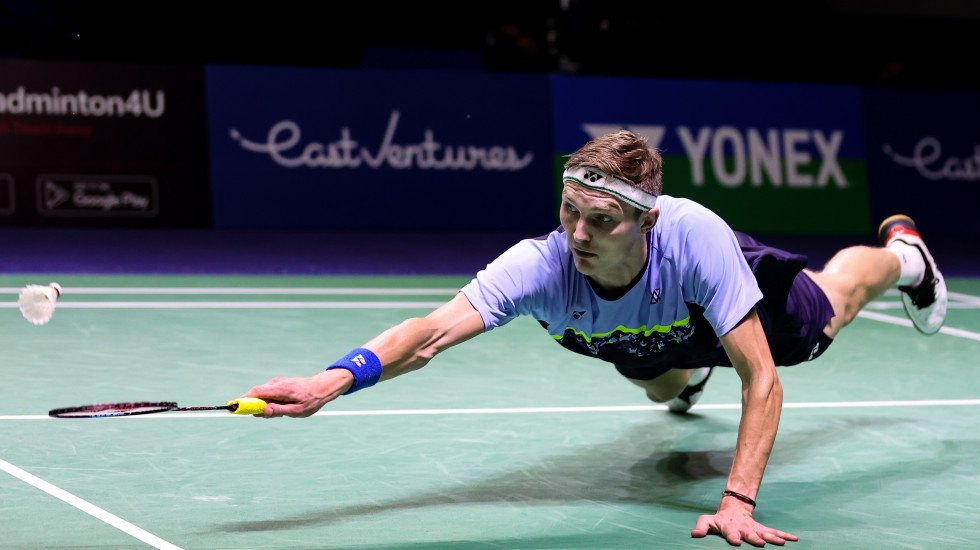 Axelsen showed great character to prevail in the end.

Viktor Axelsen called it “one of the craziest matches” of his career. Semifinals day at the EAST VENTURES Indonesia Open 2022 had plenty of spellbinding action, but the men’s singles clash between Axelsen and Lee Zii Jia could well be a contender for match of the year.

The Dane veered close to only his second defeat of the year from 30 matches, but the focus was unrelenting even at the end of a contest that had slipped out of his grasp.

Sunday will see the world No.1 in his fourth final of the season.

Lee Zii Jia nearly pulled off a sensational victory from four match points down. Having closed a 16-20 deficit and gone match point up with some massive smashes, and the crowd going bonkers over the spectacle, Lee was riding the tide. A lesser player might have folded, but Axelsen didn’t, and at the end it was the Dane who was doing the victory lap, with Lee wondering what else he could’ve done to snatch the win.

Viktor Axelsen 🇩🇰 and Lee Zii Jia 🇲🇾 pull out all the stops to book their spot into tomorrow’s finals.#BWFWorldTour #IndonesiaOpen2022finals. pic.twitter.com/ILrkAVXjJj

“Almost no one can beat him now,” Lee said. “For today’s match I put all my effort, all my focus, and I think I played a good game today. Mentally, he’s very strong, his focus is 100 per cent on court, and that’s why so many of us can’t beat him, and he beats so many opponents under 10.”

“It was one of the craziest matches I’ve been in,” said Axelsen. “Big roller-coaster. It’s a treat to play in these conditions. He’s a really tough opponent, he just won the Asian Championships. I knew I had to be my best in the most crucial parts of the game and today I managed to do so.

“I was a bit emotional today to say the least. Today was a fun game for me, that’s why I play badminton, to face these opponents. Lee Zii Jia is an amazing opponent and I was happy to get this experience today. There were so many crazy rallies at the end. However, it was fun, and we both came out with the best.”

Tai saved five match points in a thrilling second game and then powered her way through to a 10-21 26-24 21-12 result, her second straight win over Chen after beating her at the Thailand Open.

“At 18-20 I still felt I had the chance to win the match. The cheering from the crowd kept me motivated,” said Tai. “I just kept telling myself not to make mistakes.”

Zheng/Huang decimated the challenge of their compatriots, 21-6 21-14, one of their most comprehensive wins over the Olympic champions.

“Their attack was very strong today and their serves were very good,” acknowledged Wang Yi Lyu. “The tempo for us wasn’t right, and they were simply too fast.”