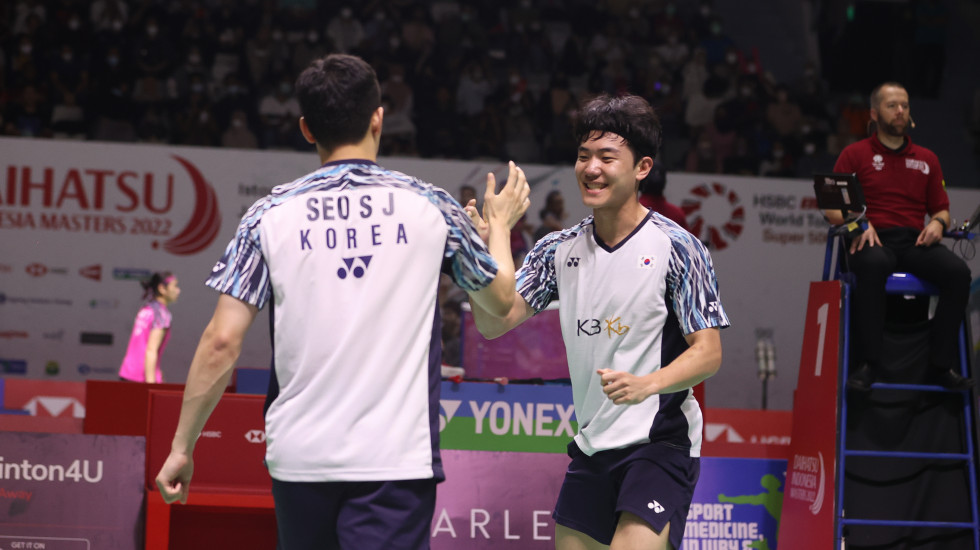 The Koreans were dominant throughout, sending deceptive rallies down the line, pushing the three-time world champions around the court.

“Wow, what a great feeling,” said Kang following their second victory over the Daddies in as many meetings, after their success at Korea Open earlier this year.

“We defeated them at our home, and now we’ve defeated them at theirs. The crowd was really behind them, but we kept our focus and our cool. We are looking forward to the quarterfinals, we know we play a tough pair, but we will do our best,” added Seo.

The Koreans will meet He Ji Ting/Zhou Hao Dong for what will be their second encounter in as many months.

Thinnah expressed her delight at winning: “I’m happy with what we did. We’ve been working on our fitness, aggression and rotations on court. We had a good lead in the first game, and in all three games, but the first, we were not consistent enough.”

♦  An Se Young retired during her match against American Iris Wang.