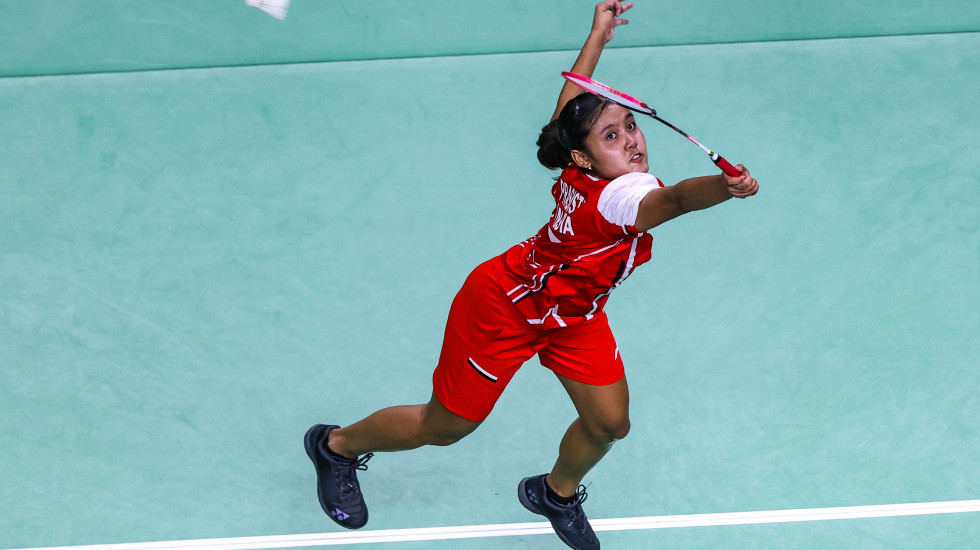 Dad’s How Prasista Does It

“Nothing impossible once you are on a badminton court. Anything can be achieved.”

Bilqis Prasista took the pre-match message from her badminton great father Joko Suprianto literally and authored a massive upset in the BWF Uber Cup Finals Group A match against world No.1 Akane Yamaguchi.

The Indonesian world No.333, who revealed she did not know until this morning she would be playing first singles instead of Komang Ayu Cahya Dewi, was surprisingly commanding against the Japanese world champion, wrapping up proceedings in just 35 minutes to put Indonesia one-up.

Asked how she achieved the unimaginable, the mild-mannered, child-like daughter of 1993 men’s singles world champion Suprianto said: “I just wanted to make her run and keep the shuttle away from her as much as possible. That was the key.”

Yamaguchi, shaken by the defeat, broke down during her post-match interview.

“I’m the only reason I lost. I didn’t control the match well enough,” admitted the reigning world champion after composing herself.

Prasista’s win however, was Indonesia’s sole point in the final group tie.

After Nami Matsuyama/Chiharu Shida were taken to three games by Melani Mamahit/Tryola Nadia, Japan coasted through their remaining matches.

As a result, Japan will enter the knockout stage draw as group champions.

In the other match, Germany picked up a 3-2 win over European rivals France to take third place.

♦ A 5-0 whitewash of India, which included An Se Young’s fifth victory in as many matches against Pusarla V. Sindhu, helped Korea finish Group D winners ahead of their opponents.