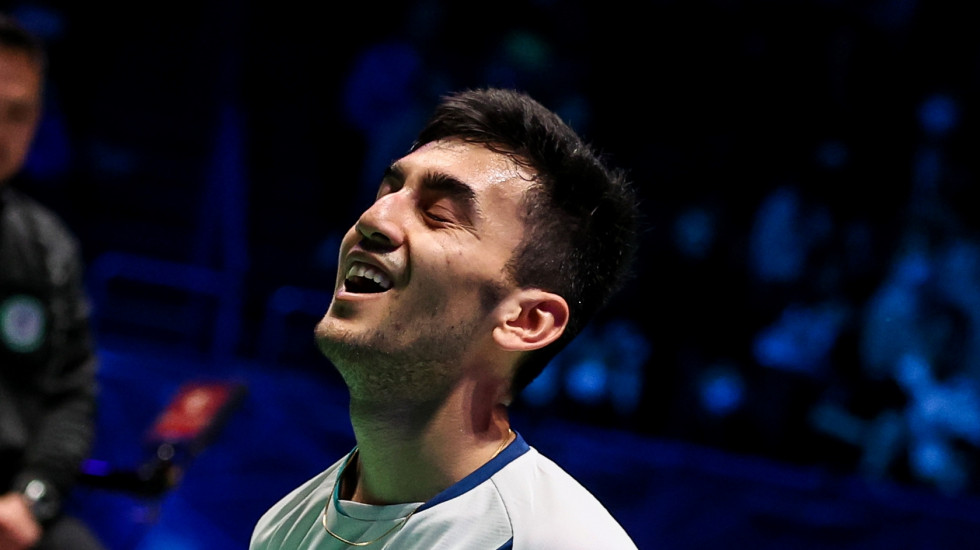 Key Takeaways from the All England

The YONEX All England 2020 was the last event held before COVID-19 caused a shutdown of the sporting world. By a quirk of fate, the All England 2022 was the first major badminton tournament of the post-COVID era in many ways – with full-strength draws in all categories, and with nearly all the top stars in action. While safety protocols were still in place, the audience was back in strength, and there was the optimism and cheer of a world that had emerged from the difficult days of the pandemic.

This festive spirit also reflected in the on-court performances. Here are the most significant happenings during the week:

Has the baton changed hands in Indonesia’s men’s doubles? Muhammad Shohibul Fikri and Bagas Maulana had a sensational week in Birmingham, with victories over top pairs including world champions Hoki/Kobayashi, Gideon/Sukamuljo and Ahsan/Setiawan. But it was not all about Fikri and Maulana. Leo Rolly Carnando/Daniel Marthin have been getting better and better, narrowly losing out on a semifinal place to He Ji Ting/Tan Qiang. Another Indonesian pair in the reckoning is Pramudya Kusumawardana/Yeremia Erich Yoche Yacob Rambitan, beaten in a close first round by Fikri/Maulana. Overall, Indonesian men’s doubles appears in a healthy state, particularly with the Minions and the Daddies still performing at a high level.

To be sure, Viktor Axelsen hasn’t been unbeatable over the last two years. The Dane has – occasionally – lost, to Anders Antonsen, Lee Zii Jia, Loh Kean Yew and Lakshya Sen. However, those losses have been few and far between; at most events he has simply ploughed through the opposition. No other player currently has the kind of solidity that Axelsen sports – in both attack and defence, he has the consistency of a machine, without any significant deficiencies. Having lost to Lakshya Sen the previous week in Germany, Axelsen did not give his opponent a ghost of a chance in the All England final. Having won 10 of his last 15 completed tournaments (he withdrew/retired at the European Championships and the French Open), Axelsen is setting standards that the rest of the field is struggling to match.

In the space of less than four months,Lakshya Sen has proved to be a world-beater. Such a meteoric rise has seldom been seen in men’s singles.

Sen had failed to make the Indian team to the European leg in October, but was invited by Axelsen to a training stint in Dubai. The effect was dramatic, as he shot into the semifinals of the World Tour Finals, repeated that feat at the World Championships, won the India Open, and was runner-up at the German Open and the All England. Victims have included Viktor Axelsen, Lee Zii Jia, Anders Antonsen, Anthony Sinisuka Ginting and Loh Kean Yew. The 20-year-old is already the highest-ranked Indian player and the likely face of Indian badminton for the next decade should he continue to improve.

Indian women’s doubles over the last decade has essentially been about three names – Jwala Gutta, Ashwini Ponnappa and Sikki Reddy. This year though has thrown up a fresh pair with promise – Treesa Jolly and Gayatri Gopichand Pullela. The pair were finalists at the Syed Modi International and won the Odisha Open, but nobody could’ve anticipated their week at the All England. After a first round takedown of India Open champions Benyapa Aimsaard/ Nuntakarn Aimsaard, the Indians got lucky against Olympic champions Polii/Rahayu who retired in the second game, but then came their giant-killing act as they stunned second seeds Lee Sohee/Shin Seung Chan after saving two match points. Jolly in particular was a bundle of energy, creating plenty of damage with her fierce hits. Although they fell in the semifinals, the All England is likely to be the first of many memorable performances for the teenaged duo.

Yamaguchi Steps on the Pedal

Something changed in Akane Yamaguchi after her quarterfinal loss at Tokyo 2020. As she told BWF in Denmark, she “decided to start from zero”. The effect has been dramatic, as she led Japan into the finals of the Sudirman Cup and Uber Cup, won the Denmark Open and French Open, made two of three finals in the Bali leg, and captured her first World Championships crown. In Birmingham, she routed Olympic champion Chen Yu Fei, proving conclusively who the best player at the moment is, and meted out the same treatment to her closest challenger An Seyoung. Yamaguchi has found second wind in her career, and she’s sailing too fast for her challengers to come close.

The mixed doubles semifinals at the All England featured the world’s top four pairs. Yuta Watanabe and Arisa Higashino topped the podium – they beat world champions Dechapol Puavaranukroh/Sapsiree Taerattanachai in the semifinals and Olympic champions Wang Yi Lyu/Huang Dong Ping in the final – in a display that was fantastic advertisement for mixed doubles. The final was high intensity throughout, with Wang/Huang looking for that narrow window of opportunity which they could capitalise on. It never came, for the Japanese produced a performance that was spectacular in style and rich in intent. Wang/Huang might have scaled a summit in Tokyo, but Watanabe/Higashino are snapping at their heels.