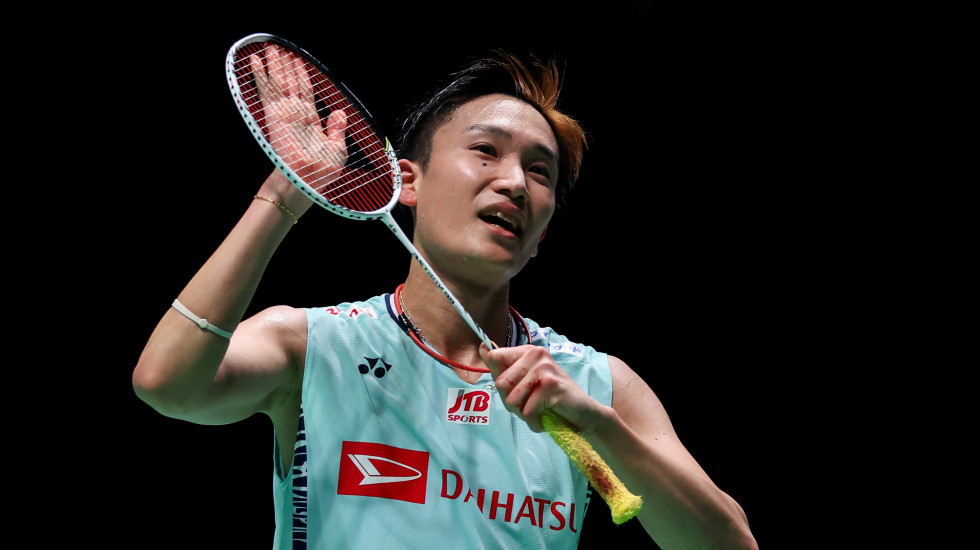 All England: Kento Strikes Back

Kento Momota broke the spell of a nemesis as he made the quarterfinals of the YONEX All England.

Momota’s straight games victory over Heo Kwanghee might well be one of his most important victories in recent times, for the Korean had scuppered his chances at his home Olympics and followed that up with a victory at the Thomas Cup.

Momota had things well under control, keeping a steady hand and forcing Heo to do all the running. The 2019 champion was conscious of taking the net at the earliest opportunity, and came away pleased with his performance.

“As I’d lost to him twice, I wanted to challenge myself, and I did my best,” said the Japanese. “I was able to play much closer to the net. My training has been normal, and day by day I’m working towards not having any regrets in my preparation.”

“He played aggressively,” Heo said, “In our previous matches he was focussed on defence, but today I could see he had greater presence at the net and he didn’t want me to attack him.”

England had wretched luck in doubles, with Ben Lane/Sean Vendy and Marcus Ellis/Lauren Smith missing out on the quarterfinals by the slimmest of margins. Lane and Vendy had healthy leads of 15-9 and 18-13 in the third game against Takuro Hoki/Yugo Kobayashi before the world champions staged their comeback. In the tense end game the English had one match point but the Japanese held their nerve and pulled off the match 21-11 19-21 24-22.

♦ Among other close matches of the day, Dutch duo Debora Jille/Cheryl Seinen saved three match points but could not stave off a fourth as they lost 21-18 18-21 25-23 to Jongkolphan Kititharakul/Rawinda Prajongjai.

♦ Anthony Sinisuka Ginting fell behind early in his match to Kidambi Srikanth before making his way back with a 9-21 21-18 21-19 result.