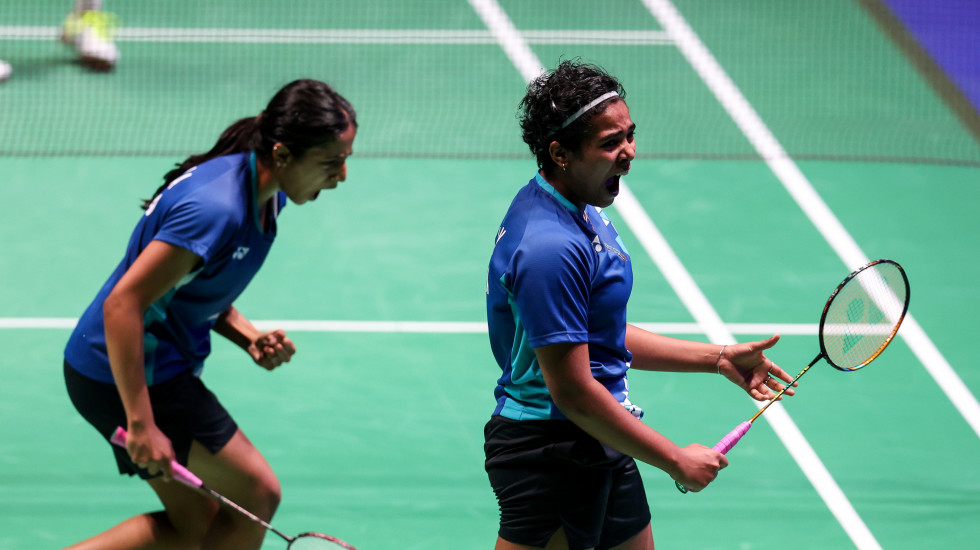 A teenaged pair playing their first major event produced the biggest story of the YONEX All England so far as they stunned second seeds Lee Sohee and Shin Seungchan in the quarterfinals.

Treesa Jolly and Gayatri Gopichand Pullela, who only started playing the HSBC BWF World Tour this year and were making their Super 1000 debut at the All England, were unintimidated by the reputation of their accomplished rivals and unleashed a counterattacking game that caught the second seeds by surprise. Quite impressively for a pair unused to this level, Jolly and Pullela absorbed everything that Lee and Shin threw their way, before dialling back the pressure. Two match points saved in the second game, the momentum decisively swung the Indians’ way.

“I don’t know what to say, it’s unreal. I have goosebumps,” said Gayatri, whose father Gopichand was All England champion in 2001.

“We just gave it our best. In the second we were down 18-20, we just thought we had to fight, just one point at a time.

“I didn’t think we’d get an entry to the event. The moment we got the entry we were happy that we could play with the world’s top players and I was very excited. Semifinals now, and I’m very happy. I’m just so grateful.”

Jolly, who had a standout game with her speed and attack, said they’d taken time to adjust to the Koreans’ game, and were gradually able to assert themselves.

“Their control and speed was so good. After the first game we got comfortable with their attack and speed, and we also started attacking. We kept the shuttle down and maintained the attack.”