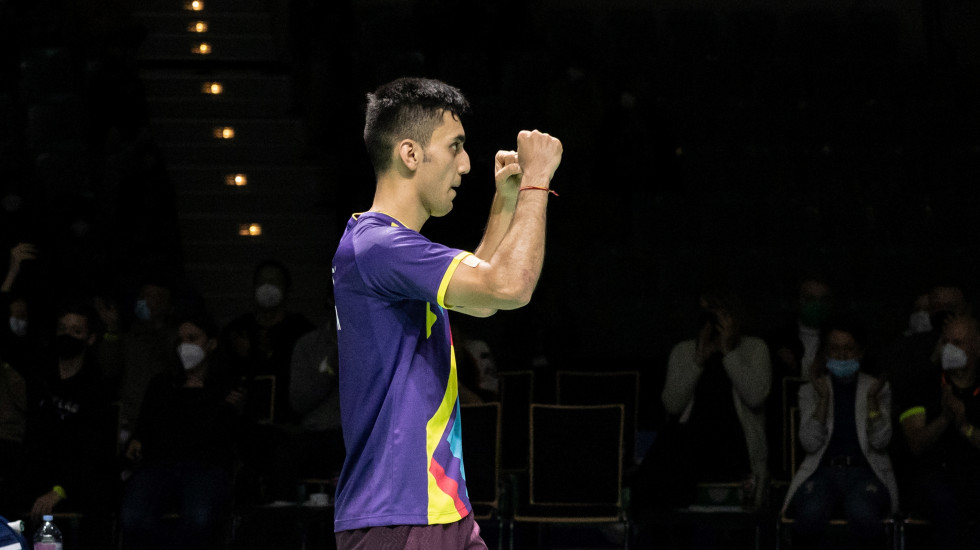 Having beaten world champion Loh Kean Yew at the India Open in January, emerging star Lakshya Sen stepped it up further, getting the better of Olympic champion Viktor Axelsen in the semifinals of the YONEX GAINWARD German Open 2022.

Sen recovered from a precarious position in the third game against the top seed to reach his second successive final.

The Indian, who trailed the Olympic champion 9-16 and 15-19 in the third game, kept up his rock-steady game even late into the game to frustrate the Dane, who eventually made a couple of soft errors at the death, 21-13 12-21 22-20. It was the first win for Sen over Axelsen in five matches.

In the title round, Sen faces a contemporary from his junior years, Kunlavut Vitidsarn, who outgunned Lee Zii Jia 21-13 21-12.

Meanwhile, in mixed doubles, Dechapol Puavaranukroh/Sapsiree Taerattanachai made their sixth successive final, and their 11th from their last 13 tournaments. The Thais proved too strong for Scottish duo Adam Hall/Julie Macpherson, 21-11 21-17, and will take on new pair Ou Xuan Yi/Huang Ya Qiong, 21-18 21-19 winners over Marcus Ellis/Lauren Smith.

Women’s singles will be an all-Chinese affair, with He Bing Jiao – who beat An Seyoung in straight games – facing Olympic champion Chen Yu Fei.