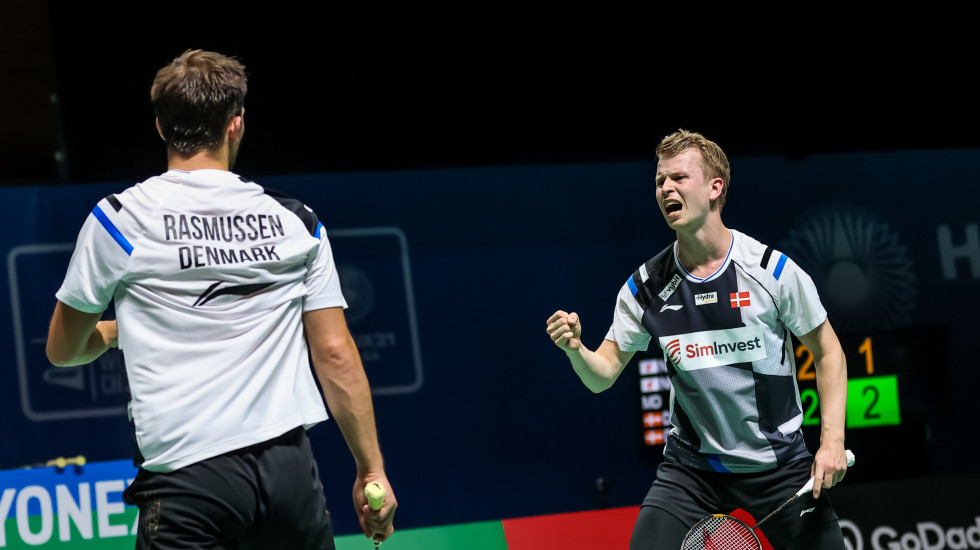 Following the defeats of Sayaka Takahashi (2014 winner) and Du Yue (2019 with the now-retired Li Yin Hui) in women’s singles and women’s doubles, Astrup/Rasmussen and Huang Ya Qiong remain the only former champions in the competition.

Their compatriot Viktor Axelsen also moved within a match of a potential final with Lee Zii Jia after batting aside Kidambi Srikanth for the fifth time since 2017. He won 21-10 23-21 in 35 minutes.

Marcus Ellis and Lauren Smith meanwhile, ended a one-year wait to make their first semifinal since the All England Open last year. The 16-21 21-16 21-19 victory over Indonesians Rinov Rivaldy/Pitha Haningtyas Mentari was their third consecutive three-game match in Muelheim an der Ruhr.

The Stoeva sisters, Gabriela and Stefani, also picked up a memorable result – their first ever success (13-21 21-14 21-15) against third seeds Kim Soyeong/Kong Heeyong after four clashes.