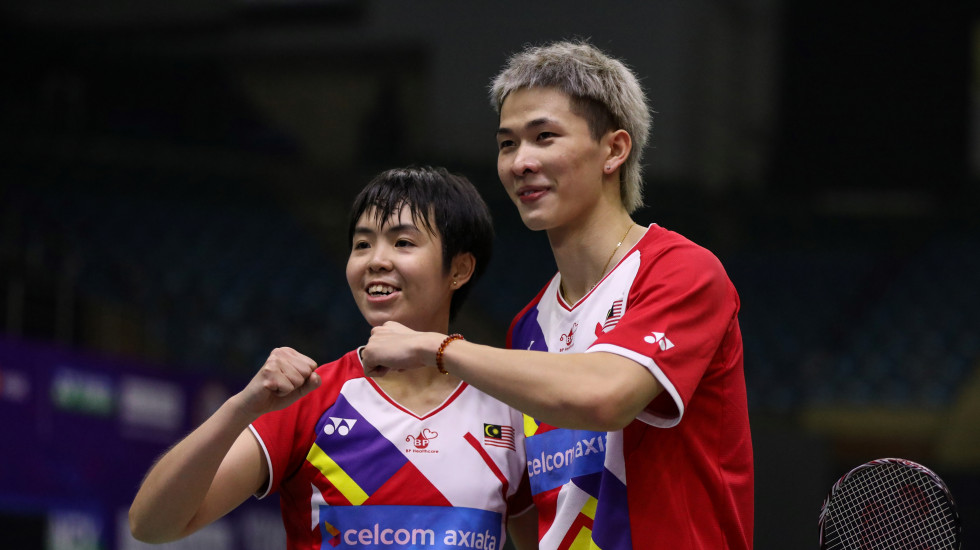 A Satisfying Rebound from Injury

The satisfaction of having reached their first HSBC BWF World Tour Super 500 event final, at the YONEX-SUNRISE India Open 2022, was evident with Chen Tang Jie and Peck Yen Wei. Despite their loss to Singapore’s Hee Yong Kai Terry/Tan Wei Han, the Malaysians had plenty of positives to take back.

Primarily, it meant they had finally put them behind the setback caused by a serious knee injury that Peck suffered in 2019.

“If we hadn’t played this final but performed well, we would still be happy,” Chen said. “Because before this my partner had a serious injury and she overcame this and I’m so proud of her.”

A cartilage injury in her left knee saw Peck spend months in rehab. It was a difficult time, she said, having to sit out while watching her teammates continue to train.

“I was out for nine months,” said Peck. “It was quite difficult to handle, because before the injury we were quite stable in performance, but after the injury, it scared him and we lost confidence. Fortunately that was during Covid, and there weren’t tournaments, so I got time to recover.

“Emotionally, when you see that your teammates are training, but when you do rehab alone, it’s quite difficult.

“It was a cartilage injury. I had to build up the muscle. It’s a big achievement for me, to come such a long way.”

Having not played any event in 2020, they played the YONEX Swiss Open 2021 in March, and following another spell away from competition, were in action at the European Leg starting with the TotalEnergies BWF Sudirman Cup Finals 2021. Their best result from the season was a quarterfinal finish at the HYLO Open.

Among their important wins at the India Open was their semifinal defeat of senior compatriots Tan Kian Meng/Lai Pei Jing.

“It’s a good experience, it’s our first time in a Super 500 final,” said Peck. “Although we lost, we’re satisfied with our overall performance and we want to keep improving.”