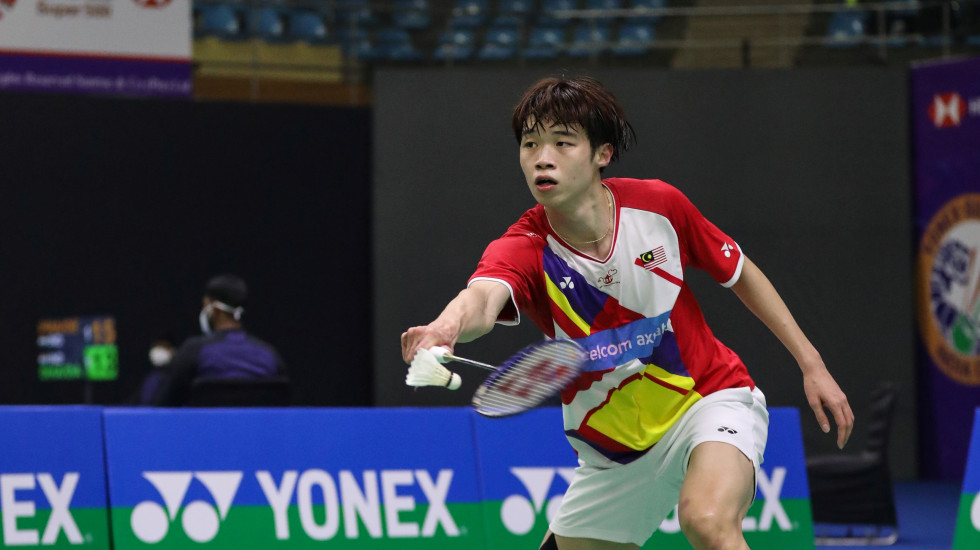 While Ng fell behind early against Lucas Claerbout and pulled through only at the end of the 77-minute match, Sirant needed just 39 minutes against Finland’s Kalle Koljonen.

“I feel quite surprised that I can make the quarterfinals because this is my first Super 500 tournament,” said the 21-year-old Ng. “I had a lead in the first game but then I lost focus so it was a tough match.”

The Malaysian had worked himself into form at lower-rung tournaments in 2021 – winning the Polish Open, the Belgian International and Scottish Open, and said he’d gained confidence from his performance at the Thomas Cup where he went down to Jonatan Christie in three games.

“Last year I felt I needed to play some smaller tournaments so I could learn more. I got a lot of confidence playing Jonatan Christie at the Thomas Cup, because that was the first I played a top 10 player. This year I hope to make the top 30 so I can play more higher level events like the Super 1000s. I feel very good because after the Europe tournaments I didn’t take a holiday and I kept training.”

Like Ng, Sergey Sirant too made the quarterfinal at his first Super 500 event and was thrilled.

“This is my first Super 500 quarterfinal and it’s good for me and I’m very happy. I’m very comfortable playing in India. I don’t have strong sparring at home but the motivation is high.”

♦Two-time India Open champion Saina Nehwal, recovering from knee injury, looked a shadow of her former self as she went down to young compatriot Malvika Bansod 21-17 21-9.