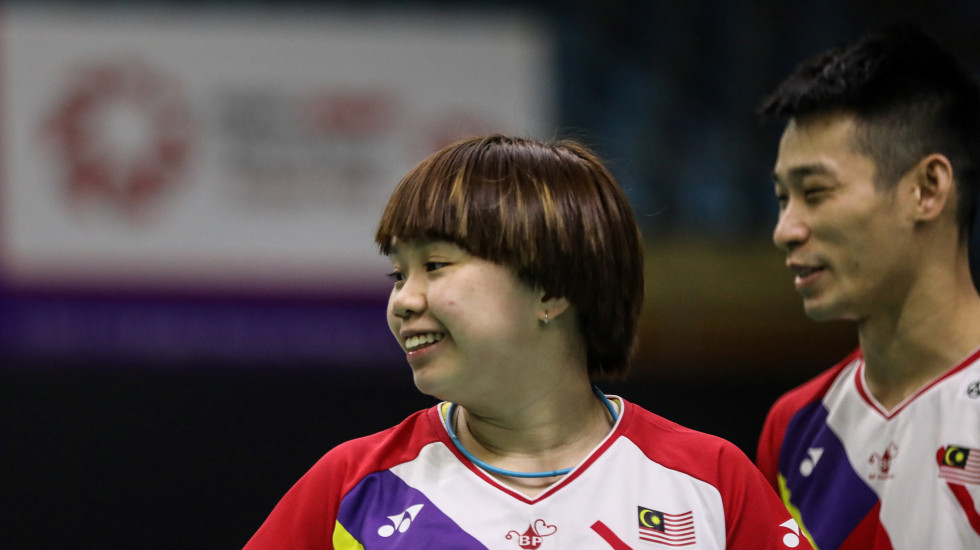 For Valeree Siow, the chance to play alongside a player she grew up admiring has made her “proud and excited” as the teenager started 2022 with accomplished veteran Chan Peng Soon.

In the first match of their new innings together, Chan and Siow wrapped up the first round match at the YONEX-SUNRISE India Open 2022 against Raju Mohamed Rehan/Anees Kowsar Jamaludeen 21-4 21-9 in 20 minutes.

“I feel proud and excited, it’s a good opportunity to learn from him,” said 19-year-old Siow, who’d won back-to-back doubles at the Hellas International and Latvia International last year. “Last year was good for me. I’ve played more of women’s doubles, so I won’t be playing only mixed; I will play both. It’s a big challenge for me to get used to mixed doubles too, because I haven’t really trained a lot at mixed doubles before this, so I think it’s a good chance to learn.”

Chan, whose long and productive association with Goh Liu Ying came to a close at the end of 2021, looked forward to a new phase in his career. Players have typically chosen to go independent after stints with the national team, but Chan will be returning after three years plying his wares as an independent player.

“It’s our first tournament together but our opponents were not so strong so that gave me and Valeree a good warmup for the next match. So far the combination has worked well,” said Chan.

Reflecting on his decision to return to the national team, Chan said he’d taken a few months to decide, and acknowledged that it was honour of a sort to be considered for reinduction into the squad.

“It’s a big decision, I took a few months to think about it. I’m happy I can get back to BAM again, this is very good credit for me. I hope I can share my experience with young players.”