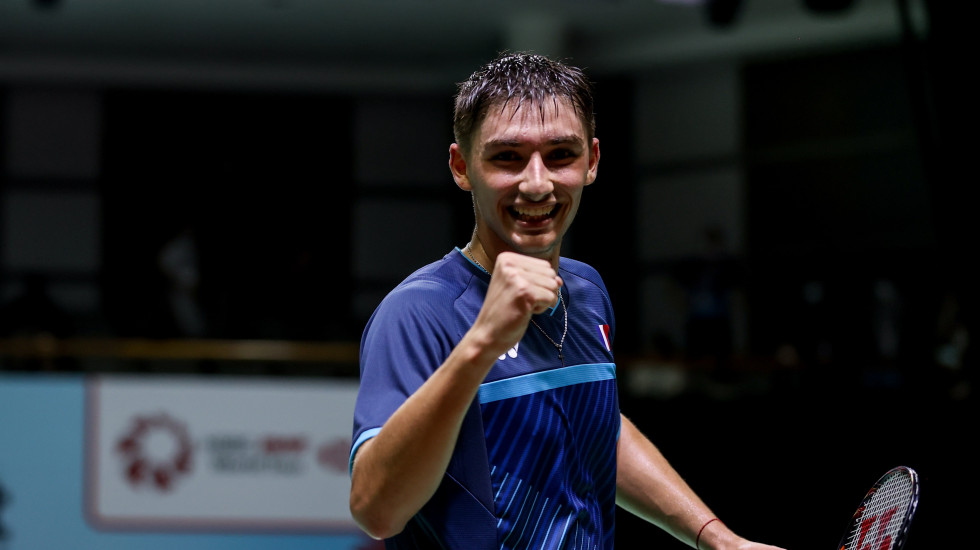 In a spectacular first-round match, all eyes were on Christo Popov as he collected an unparalleled career-high by overthrowing Anthony Sinisuka Ginting from the Indonesia Open 2021 in a 21-17 21-18 defeat.

Taking 49 minutes to complete the task, the Frenchman picked the right stage to pull off an almighty victory over the home favourite on his own stomping ground.

See what this means for Christo Popov 🇫🇷

Ranking the win among one of his best moments, Popov said: “It’s the biggest win of my career.” The world No.70 shuttler says he has the confidence to do battle with any top men’s singles player.

“I’m so happy about this win, especially this year when I haven’t played as many tournaments in the men’s singles field, after not making it into the main draw. I’m happy to win to get more points to raise my ranking and to be able to compete in these types of tournaments. I’m looking forward to taking on the top three players one day.”

Dealt a tough first-round draw, the 19-year-old knew he wasn’t the favourite to succeed, but kept up his endeavour.

“I was thinking, ‘he’s a world-class player’. He has an Olympic medal. I just wanted to show my best level. I thought maybe I could take a game off him and I know I shouldn’t compare myself to the world No.5, but when I started to play, I felt really good on court.

“I felt confident after winning the first game. I think I was flying on the court. I just managed to keep the shuttle in play, defend well and I made it,” he said.

“I will get some tips and those could be really useful going into the match,” added Christo.