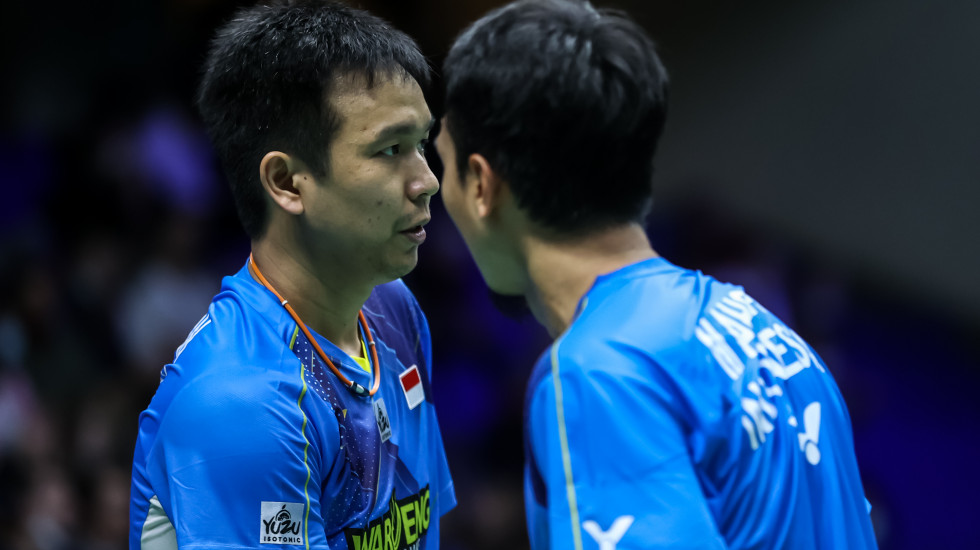 It was a bad day in the office for Team Indonesia as two more home favourites at the DAIHATSU Indonesia Masters 2021 were bettered by their opponents in the last 16.

Post-match Ahsan said: “The quality of our game has dipped because we have been competing without a break for a long time. It’s the same for many players.”

When questioned on how the pair are feeling physically after a gruelling tournament run in Europe, Setiawan said: “We want to rejuvenate ourselves and work on improving our energy for next week’s tournament.

“We couldn’t penetrate through their defence but they could get through ours.”

“We found it difficult to break their defence in the second and third games,” added Ahsan.

In what was a rematch of the TotalEnergies BWF World Championships 2019 final, the three-time world champions were in awe of their Japanese opponents.

“They have improved from two years ago when we last played them. They were definitely better today. We will try again if we get to play them next week,” said Setiawan.