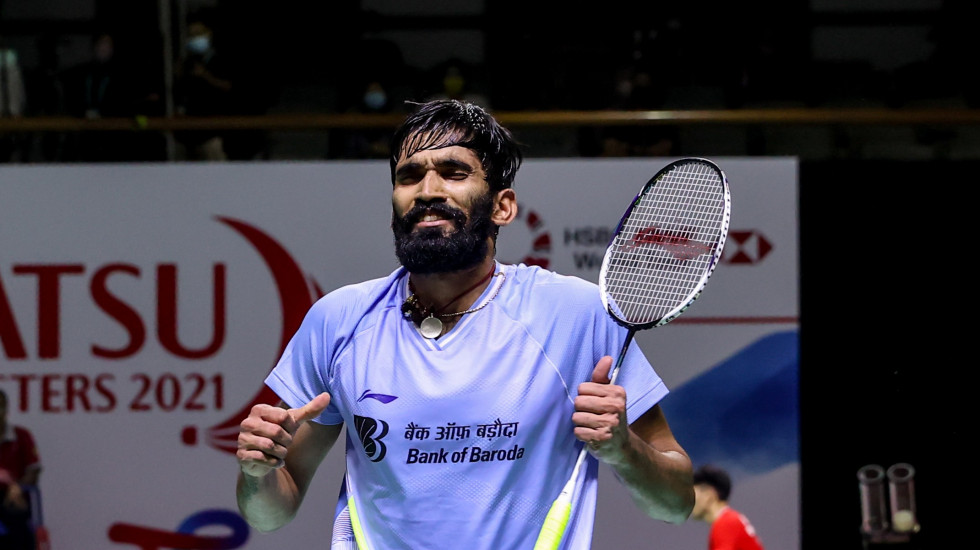 An impressive Prannoy H. S. claimed the result of the day by overcoming Olympic champion Viktor Axelsen in three games after compatriot Kidambi Srikanth did the same to Indonesian idol Jonatan Christie earlier.

“It took me some time to understand what was going on in the opening game. (Christie) started really well and was dominating the court. I’m just happy I could do a little better than him in the end, especially with those crucial points.”

“I played well at the Swiss Open earlier this year, then I didn’t play for a while and couldn’t do well at the Sudirman Cup or the Thomas Cup but I’m starting to see my progress from the Denmark Open,” said the former world No.1.

Kidambi’s win set up a quarterfinal meeting with countryman Prannoy after the world No.32 ousted Denmark Open winner Axelsen 14-21 21-19 21-16 in a tense match.

Getting off to a slow start, Prannoy fought back in the second game to claim his first win over the Tokyo 2020 gold medallist.

“I had no expectations coming into this match. I just wanted to play the best I could. That was the only motive against Axelsen. It was a good match. There are a lot of positives,” said the 29-year-old.

“It was key to be patient, especially in the third game as the shuttles were slow. I could see the rallies getting longer and Viktor looking tired, but it was important to believe I could beat him. That pushed me on.

“Viktor is used to these long matches. I knew he could come back anytime and I could not relax. I kept focused and that really helped.”