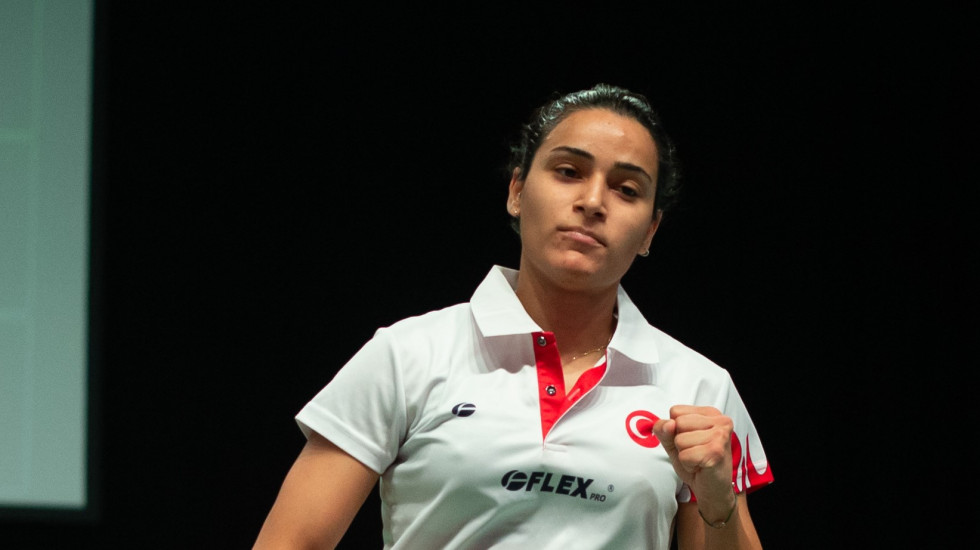 Aliye Demirbag of Turkey created the upset of the opening day of the HYLO Open 2021 beating eighth seed Kirsty Gilmour in straight games.

Gilmour, semifinalist at the European Championships and the recent VICTOR Denmark Open, was beaten 21-19 21-15 by the world No.66. Demirbag, who hasn’t crossed the second round of any of her five previous events this year, will take on Ukraine’s Maria Ulitina.

There were a few upsets on the opening day.

In-form German pair Mark Lamsfuss/Marvin Seidel, semifinalists at the Denmark Open, fell to Scotland’s Christopher Grimley/Matthew Grimley 21-19 24-22. The Germans saved three match points and had two opportunities to force a decider, but their opponents closed it out on their fourth match point.

The Grimley brothers face Denmark’s Daniel Lundgaard/Mathias Thyrri in the second round.

Women’s singles top seed Ratchanok Intanon, who is recovering from a shoulder injury, had no trouble disposing of the challenge of Switzerland’s Jenjira Stadelmann 21-9 21-10, while third seed Michelle Li, who is also coming off an injury break, got past Slovakia’s Martina Repiska 21-11 21-12.