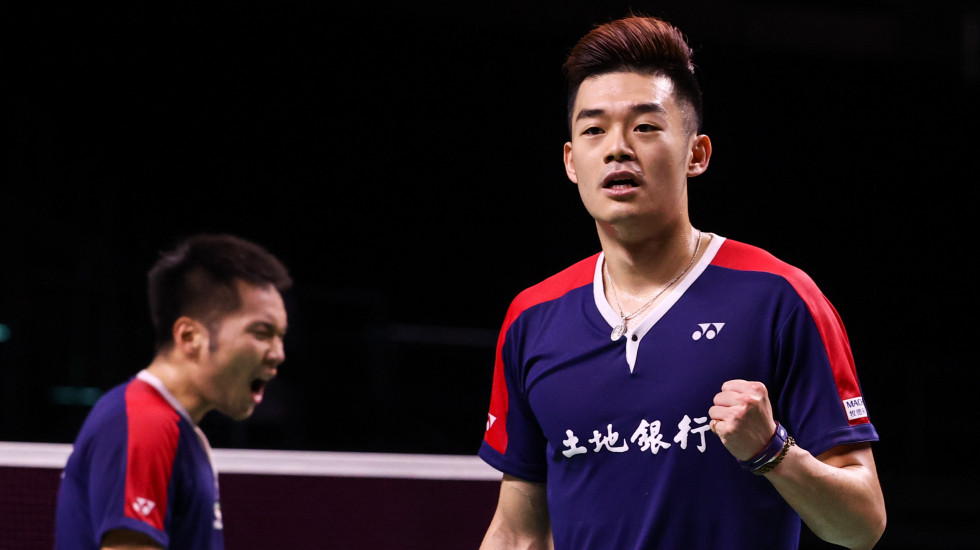 Wang, who turns 26 tomorrow, joked that back then, his friend was “short and fat… and I didn’t like his skill, because it was so good”.

“Of course he knows it’s my birthday tomorrow, because we’ve been classmates since elementary school, we’ve known each other since we were 10 or 11.”

The world No.7 pair had to slog hard against Malaysians Goh V Shem and Tan Wee Kiong in a match of fluctuating fortunes. Lee had blown a match point in the second game with a shot that took the tape and fell just wide, and despite leading 19-13 in the third, Lee and Wang were on edge. Wang said he went blank in the third when the Malaysians closed down their lead to within a couple of points.

It took all of the Malaysians’ craftiness to keep the forceful physical play of their opponents at bay; as they narrowed the gap in the third with anticipation and clever placement, it appeared for a moment that they might replicate their success of the second game. All it would take for that to unravel, however, was an error or two.

“Winning today was great, because we’ve played as a pair since 2019, so it’s just two years, so it’s good for us. We now have more power, better defence and more skill. We want to keep going,” said Lee Yang.

The Malaysians said they had their chances but found it hard to stay with their opponents all through.

“They played very fast in the beginning but we managed to catch up in the end of the second game,” said Tan Wee Kiong. We tried to play high speed and follow their pace. We didn’t see many long rallies, it’s just that they were more consistent.”