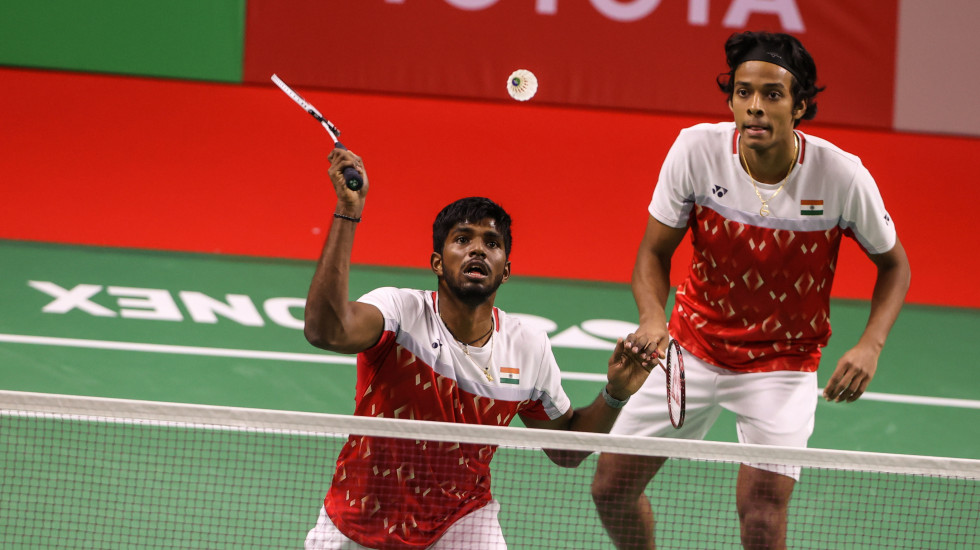 Satwiksairaj Rankireddy and Chirag Shetty grew up idolising Lee Yong Dae, and for a while today at the YONEX Thailand Open the Indians were fending off the wares of the crafty Korean and his partner Kim Gi Jung.

“When we started playing badminton we used to idolise them, we used to love their game. We’ve played them once before, and we’ve played them in the Premier Badminton League as well. Beating them today, it feels really good, because we’re playing after 11 months, and we’re happy to be back,” said Shetty.

As a front court player himself, Shetty has observed Lee closely.

“Lee Yong Dae at the net is really good, one of the best. Although he’s not at his prime right now, he’s pretty lethal. Like at last year’s Malaysia Masters they won the title when nobody expected them to. You can’t write off such pairs.”

Late in the match, with the Koreans trailing, Lee took time out for a medical break. Rankireddy said the Indians were wary of a sudden comeback.

“They’re experienced guys. Maybe he was taking time to calm himself. They’re very tricky, they know how to play at crucial moments. We’re playing after a long gap, we had to control ourselves. So in the first game, we were hurried and clumsy and didn’t have a plan, but second game we controlled ourselves.”

The Indians can be happy with their performance, for they got only two months’ training together last year after the pandemic disrupted the season. Rankireddy was home until September, while Shetty joined him at the national camp a month later. Rankireddy had also fallen ill with COVID-19 and that took him a month to recover.

“We’ve been practising together for the last two months,” said Rankireddy.

“We are doing well in practice; that hunger is there. We didn’t play well last year, so that spirit, that fire is there inside, and we’re heading into the Olympics, so we want to see what the other players have worked on during the last few months.”

Shetty was happy that despite restarting training comparatively late, they were still able to stay sharp against a dangerous pair.

“We started slow. We couldn’t get many points on our serve.  But in the second and third we held the match and we were focussed.

Physically we may not be 100 per cent, but pretty much 90 per cent. We were worried about the match. Match fitness and practicing for a year  are different. Winning this has given us the confidence that we can get back to our best. Winning this match was really important.”