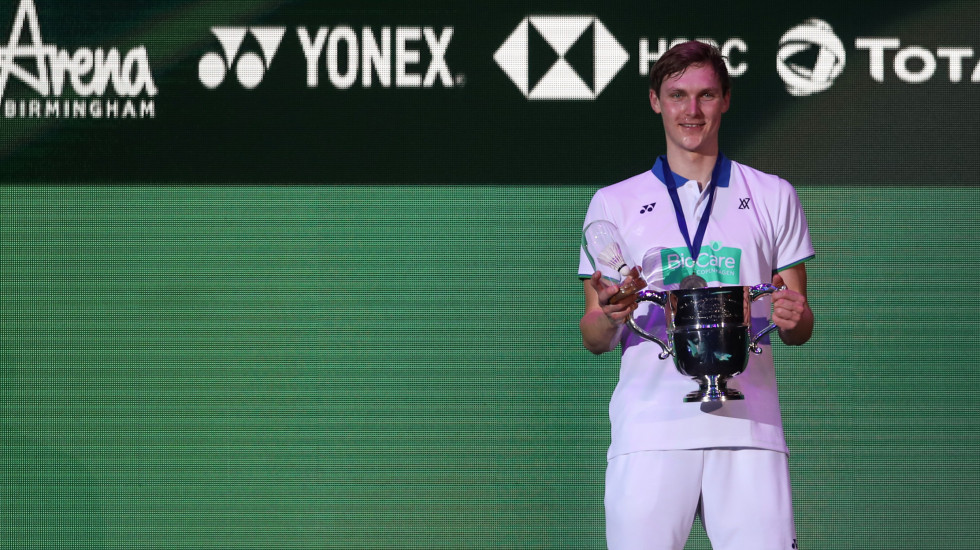 COVID-19 the spoilsport robbed many athletes of normality and chance for sporting acclaim in 2020. Viktor Axelsen is one of the lucky few to, comparatively, experience a year to remember for the right reasons.

No other shuttler had a more blistering start to the HSBC BWF World Tour 2020 season before it broke down in March – the Danish giant making the final of all bar one of the four tournaments he participated in.

The rare stutter came at January’s DAIHATSU Indonesia Masters, where home boy Anthony Sinisuka Ginting got the better of him in the last four. The 26-year-old’s opening salvo at the season-opening PERODUA Malaysia Masters a week earlier was close to being resounding as he cruised to the final but in Kento Momota, Axelsen found a player at the top of his game and settled for second best.

In all, he took two titles; first the Barcelona Spain Masters in February then the one that matters most to many players – the Super 1000 YONEX All England Open three weeks later. That triumph ended Denmark and Europe’s 21-year wait for a men’s singles winner at the tournament.

Axelsen’s luxurious jaunt at Arena Birmingham was particularly impressive given all his opponents were ranked in the world top 30. In the title decider, the world No.7 saw off top seed Chou Tien Chen in straight games, showing his body’s ability to conjure the emotional weather needed to turn athletes into champions.

The Odense native’s success with his national team at February’s European Men’s & Women’s Team Championships in Lievin, France only adds gloss to an exceptional campaign.

The promise the shortlived season provided has not been seen in recent years, with Malaysian great Lee Chong Wei’s two titles and a runner-up finish from the first five top-tier tournaments in 2014 coming close to Axelsen’s 2020 exploits.

COVID potentially put paid to the 2017 world champion’s hopes of adding to his collection but Axelsen had other things to look forward to during the enforced break, with the foray into fatherhood seeing him welcome baby daughter Vega – his first child with wife Natalia Rohde.

Badminton eventually returned in October following a seven-month hiatus at the DANISA Denmark Open but rehab after ankle surgery meant Axelsen had to give his home event a skip.

Now fully recovered, the two-time European champion will return as the fourth seed at the YONEX Thailand Open and TOYOTA Thailand Open next month with a unique opportunity to claim a record that is unlikely to be surpassed – win all (three) Super 1000 events in one unprecedented season.